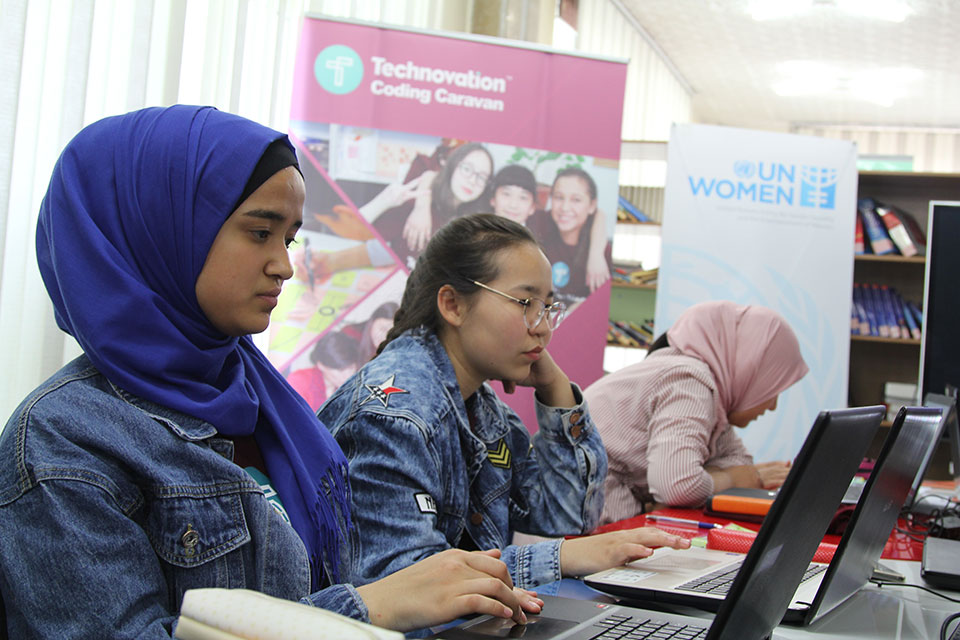 In rural Kyrgyzstan, the first ever Technovation Coding Caravan for girls has taught more than 600 girls the basics of computer programming. Launched in Talas Province, the caravan reached Issyk-Kul, Naryn, Jalal-Abad, Batken, and Osh provinces this spring.

“I used to think that only men can code and become a programmer. Now I want to study programming, pursue my career in STEM,” said Erkinai Omurzakova, a participant from Jalal-Abad Province. 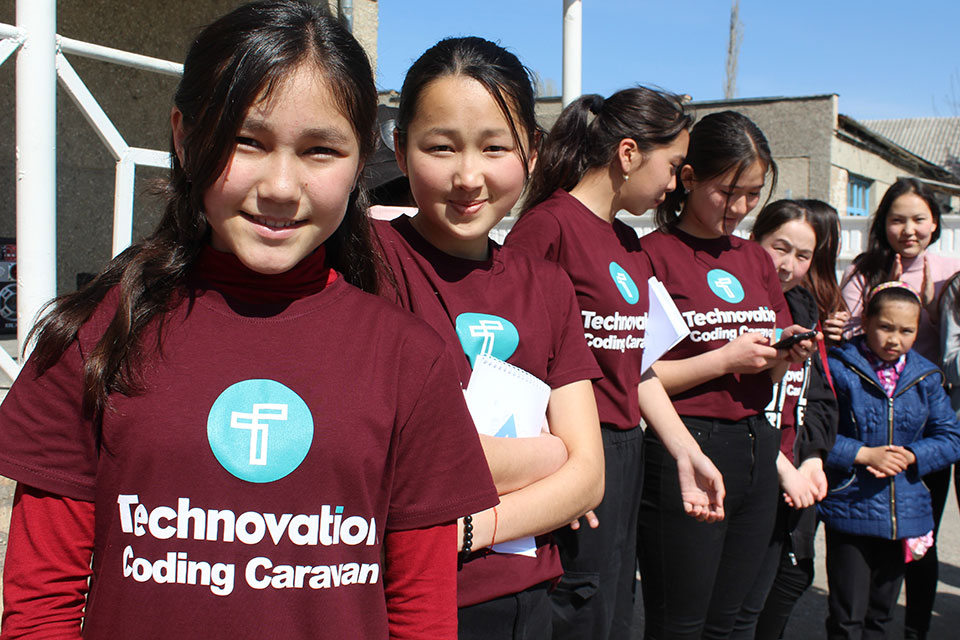 Participants earn certificates and t-shirts for their learning in the Technovation Coding Caravan in Talas, Kyrgyzstan. Photo: Mirdan Akinov

“I always wanted to become a programmer, but others used to tell me that this career is not for me,” said Alina Baktybekova, a participant from Issyk-Kul Province. “After participating in the training, all of my doubts and fears disappeared. I’ve decided to follow my dream!”

The caravan inspired rural girls to participate at the annual Technovation Challenge, the world’s largest global tech entrepreneurship competition for girls, which will take place in 2020.

The coding caravan supported by UN Women offers girls around the world an opportunity to learn the necessary skills to emerge as tech entrepreneurs and leaders. 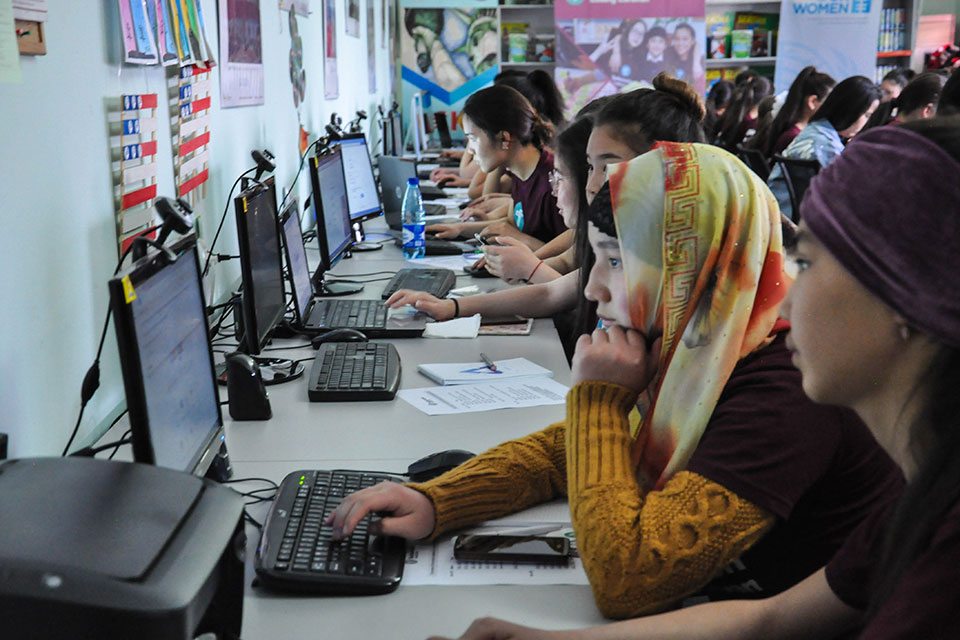 Coding Caravan participants during a session on the development of a website, Talas, Kyrgyzstan. Photo: Mirdan Akinov

“I grew up in Talas Province. The fact that I myself came from rural area made girls believe in themselves even more,” says Ainura Sagyn, a UN Women partner and Technovation Regional Ambassador. She is also one of the top women in tech in the region and founder of WasteToWealth, an online platform to encourage re-use of recyclable waste. “The Technovation Coding Caravan is just a small seed which, I hope, will lead to empowerment of hundreds of rural girls pursuing career in STEM.”

“Unfortunately, in Kyrgyzstan and all over the world there is a low representation of women in STEM,” said Ulziisuren Jamsran, Representative of UN Women in Kyrgyzstan. “UN Women promotes empowerment of women and girls, especially those who have limited access and resources, to realize themselves in STEM”.

Technovation Coding Caravan for girls is led by the UN Women partner Technovation with support of the UN Women Kyrgyzstan Country Office, US Embassy in the Kyrgyz Republic, and a network of the top talent in business, design, and technology in the world – TopTal.

Related News
14/11/2016
From where I stand: Aiturgan Djoldoshbekova and Aigul Alybaeva
02/02/2016
Moldova ramps up IT training for girls
09/12/2015
Fathers in Turkey foster violence-free families and gender equality
04/06/2013
Mothers lighting up homes and communities in rural Tanzania
21/04/2021
Inspiring girls to know: Four stories to celebrate girls in ICT
END_OF_DOCUMENT_TOKEN_TO_BE_REPLACED