Marlène Schiappa: “For generations, we have been nominating men just because they are men” 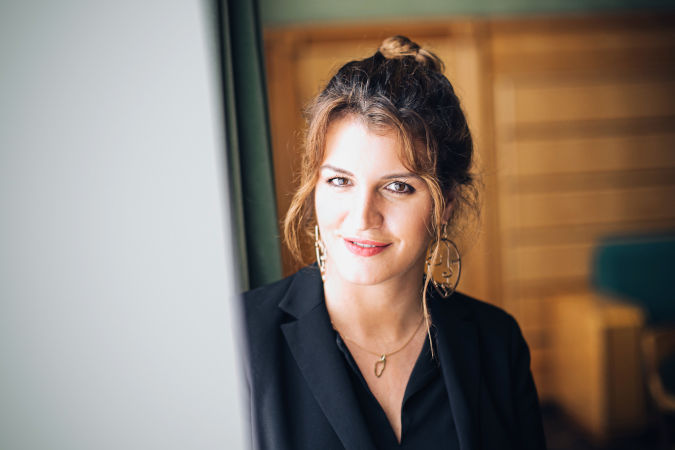 Marlène Schiappa, Minister of State for Gender Equality and the Fight against Discrimination in France, attended the 25th year Regional Review Meeting of the Beijing Platform for Action for the UN Economic Commission for Europe (UNECE) Region. She highlighted why this meeting is key for advancing the gender equality agenda and the priorities for the Generation Equality Forum in 2020, a global gathering for gender equality, convened by UN Women and co-chaired by France and Mexico.

Why is the Beijing+25 Regional Review Meeting important for advancing the gender equality agenda?

We are here in Geneva in order to dedicate some time to working together, which is essential. France is pleased and proud to host the Generation Equality Forum in July 2020, which will mark the 25th anniversary of the Beijing Platform for Action. This will be an opportunity for us to strengthen the commitments that were made at the time [in 1995], but also to make new commitments with concrete gender equality goals through coalitions of states.

For this meeting, what is your message to the governments and decision-makers here and also to the civil society activists, specifically the youth?

I would urge governments to engage in the Generation Equality Forum under the aegis of UN Women, because no country in the world has succeeded in achieving gender equality in all areas, whether it may be equal pay, gender-based violence, sharing of domestic tasks, or combating female genital mutilation and forced marriages.

You’re co-chairing the Generation Equality Forum in July 2020. What are your expectations for this forum, what would you like to achieve?

No country can achieve gender equality on its own, which is why I believe deeply in a collective commitment to women’s rights in the form of multilateralism, which is the rationale of the feminist diplomacy led by France. I would urge all countries to engage in the coalitions of states of the Generation Equality Forum and also to engage in the Biarritz Partnership launched by President Emmanuel Macron as part of the French presidency of the G7. It is a partnership that aims to review the best gender equality laws in the world. We propose that states commit to implementing Appendix 1, which calls for an innovative new law for gender equality in each country. France has made this commitment and we will, therefore, work to promote the economic empowerment of women.

In your opinion, what are the gender equality and women’s rights priorities for this region, and in the broader sense for Generation Equality?

First of all, I would say that the right to control one's body is a right that must be reaffirmed. The issue of sexual and reproductive rights seems to me to be paramount. I think it's very complicated for a woman to be able to live her life freely if she doesn't have control over her own body.

Secondly, the fight against gender-based and sexual violence is the priority of the President's five-year term. Similarly, I think it is difficult to fight for equal pay if women fear physical harm in the street, when they travel, and even when they go home.

Women are victims of domestic violence and are beaten or demeaned by the person with whom they live. It is very difficult in these cases for women to have the necessary mindsets to develop their careers. Therefore, this seems to me to be a top priority of the feminist struggle to fight for the integrity of women's bodies against sexual violence. And then I think it's important to fight for women's economic empowerment, and for their ability to start businesses all over the world.

We call on all states to ratify and implement the provisions of the Council of Europe Convention on preventing and combating violence against women and domestic violence [also known as the Istanbul Convention] and its mechanisms to protect women, but also to enable women to become tomorrow's leaders and to create and manage companies, in particular through quotas, which is a proven system in France. I know that we are sometimes told that women are not going to be nominated just because they are women. For generations, we have been nominating men just because they are men.

The World Economic Forum has calculated that if we do not have a coercive policy, we will achieve gender equality in the year 2234. With UN Women’s support, we have the ambition to ensure that by 2020, we create the first generation that understands the importance of equality between women and men all over the world.