Under a new partnership with UN Women, Unilever is supporting over 1,000 smallholder farmers and raising awareness among its 6,000 employees in Tanzania. 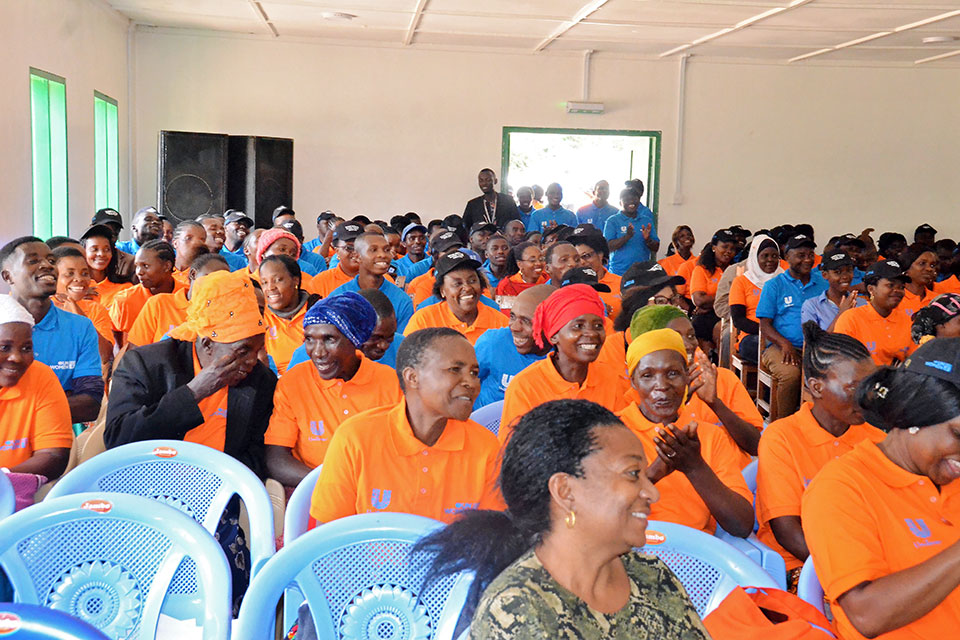 Dusty winding roads circle mist-shrouded mountains, and mighty rivers snake towards Unilever Tea Tanzania’s five plantations and three factories in the Mufindi district of Iringa region. The tea produced here is highly acclaimed for its taste and quality. It has also created decent jobs for local communities, including women, and fostered sustainable development.

Unilever is one of the largest private-sector employers in Iringa and Njombe regions, providing jobs for more than 6,000 people. Nearly half of its managers include locally recruited women.

“Women are a key resource that drive tea production in all the estates,” says factory manager Rebeca Mamuya.

The majority of women in these regions are hard-working and resilient smallholder farmers who toil the fields before the break of dawn, tending to tea or maize crops.Among them is Edina Mbinda, who lives in Mninga village and has been producing and selling tea to Unilever for nearly five years and benefitting from Unilever’s ’s extension services.

“I have received several trainings through Unilever’s Field Farmers’ Schools on how to produce high-quality tea and increase production. I am raising six children on my own and can now afford to take them to better schools,” says Mbinda. 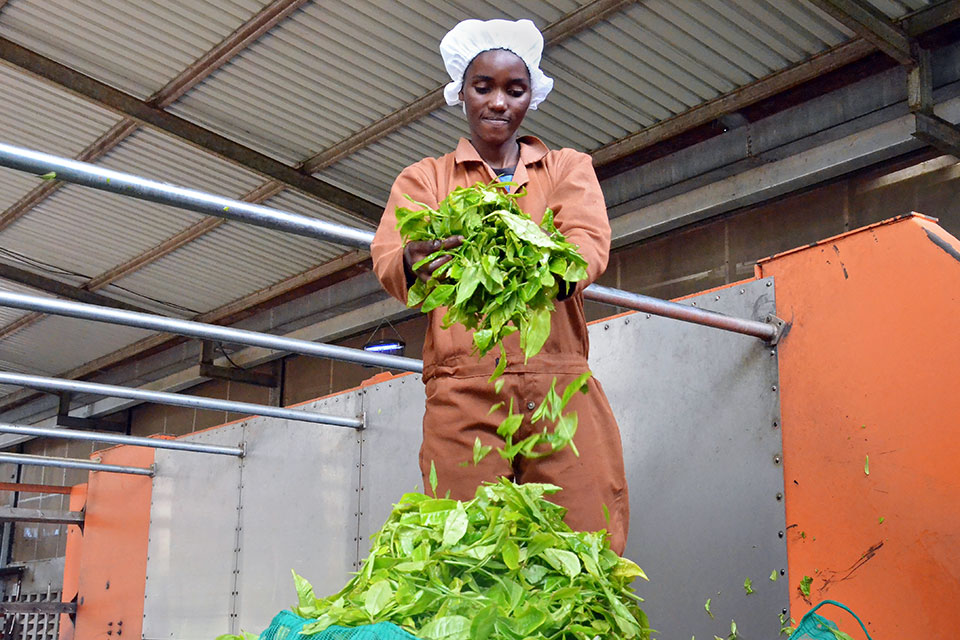 Mary Maneno works to check of tea delivered from a nearby estate in Kabwele. Photo: UN Women/Tsitsi Matope

However, a set of independent assessments conducted of the communities in Mufindi and Njombe between 2013 and 2019 revealed that women are particularly vulnerable to physical, sexual and other forms of violence, and lacked confidence and say in household decision-making. The assessments spurred Unilever to establish a programme in 2014 to ensure that female staff are safe—both at home, and as they travel to and from work.

Mamuya says although Unilever established the programme in 2014 and put in place the ‘No Sexual Harassment’ and ‘Child Protection’ policies, some of the harmful behaviours and attitudes were still affecting the staff.

“This is why we need robust awareness-raising activities to educate both Unilever workers and the communities around us. That way, we can holistically tackle violence against women and girls and ensure they are safe everywhere,” says Mamuya.

Faisal Pervez Ansari, Unilever’s General Manager for Kabwele Factory in Mufindi, also emphasized the need for partnerships to strengthen Unilever’s actions against gender-based violence, both in and out of the workplace.“There is no finish line for improvement. We decided to partner with UN Women to further strengthen our efforts.”

The UN Women and Unilever Tea Tanzania partnership was launched in December 2019 in Mufindi to run a series of gender-based violence training sessions and awareness-raising activities targeting the workers and their families. It aims to transform perceptions and attitudes so that the existing policies on sexual harassment and child protection can be meaningfully implemented.

This year, the partnership will strengthen Unilever’s Women Safety Initiative, which is paying closer attention to prevention and response to sexual harassment and other forms of gender-based violence in all Unilever tea estates and factories. 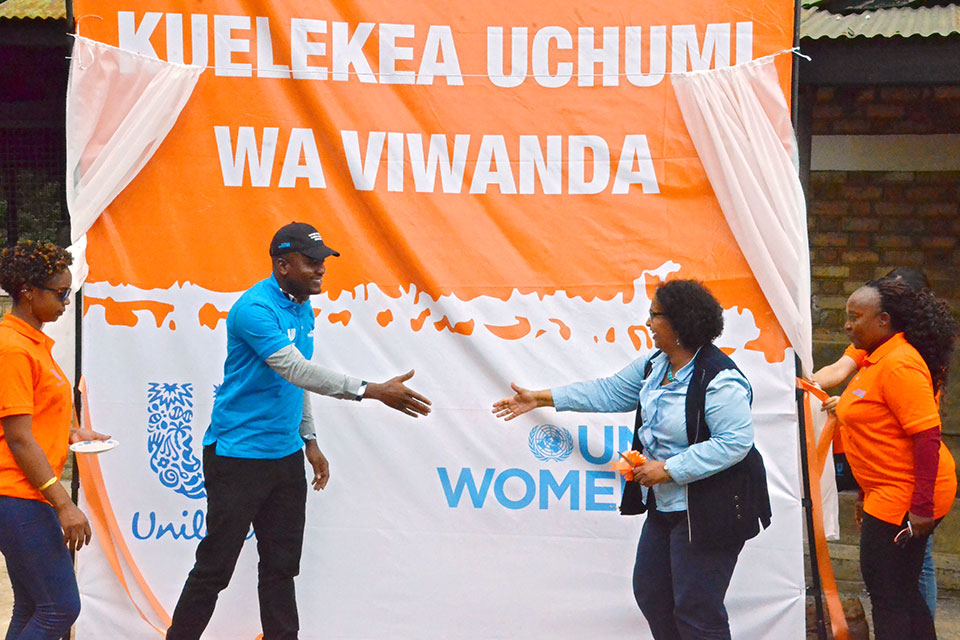 The programme will also work through strategic alliances with service providers, such as the police, legal aid officers, health workers and traditional leaders, who are often among the first points of contact for survivors.

A total of 1,000 women smallholder farmers from surrounding areas will benefit from the Women Safety initiative.

UN Women Representative, Hodan Addou says the essence of the programme is to ensure that women and girls enjoy their right to live in an environment free of all forms of violence.

“This partnership will conduct a series of activities focusing on training that will raise awareness to empower women living around the Unilever estates,” she explains. “Some of the areas we would like the programme to strengthen include the reporting of cases of violence and creating male champions who will advocate to an end violence against women and girls. The partnership will also mobilize collaboration with traditional and religious leaders for effective prevention and response to incidences of such violence. Our activities will work with service providers to ensure that these critical frontline services are women-friendly and delivered effectively.”

Women like Viola Chimwe, who lives in Mlimani village, welcomed the new programme. A single mother of four, Chimwe divorced her abusive husband six years ago. She says the programme will help to promote peace within families and in her community. Chimwe and her family depend on seasonal work during peak season at Unilever.

In Tanzania, an estimated 40 per cent of women aged 15–49 have experienced physical violence while 17 per cent are survivors of sexual violence, according to Tanzania’s 2015–2016 Demographic and Health Survey.

The UN Women – Unilever partnership is part of UN Women’s “Safe Cities and Safe Public Spaces” Global Flagship Programme and reflects growing efforts to partner with the private sector on gender equality and women’s empowerment in Tanzania. Unilever has also signed up to the Women’s Empowerment Principles and working to deliver its commitment to establish gender-sensitive business practices and policies.

Related News
08/06/2022
A comprehensive approach to ending violence against women in rural spaces in India
12/10/2021
From where I stand: “Although women farmers work hard, many remain poor due to multiple barriers”
09/08/2021
I am Generation Equality: Immaculate Akello, climate change activist and lawyer standing up for rural women
11/10/2019
Climate-friendly biogas becomes ‘fashionable’ in rural Tanzania
12/09/2019
From Tanzania to Algeria, rural women are taking charge of their lives and livelihoods
END_OF_DOCUMENT_TOKEN_TO_BE_REPLACED