Girls to know: The next generation is already leading the way 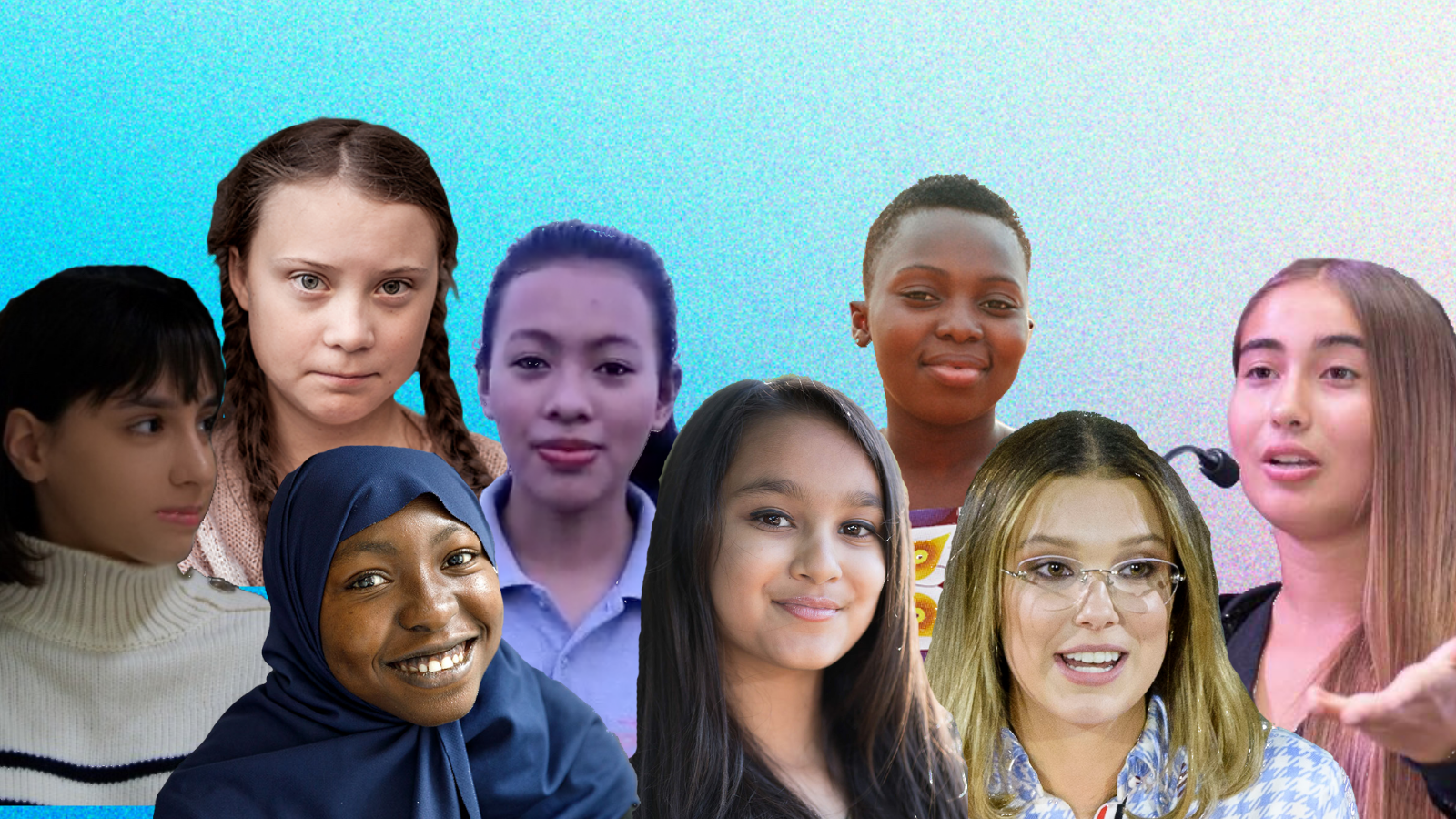 Around the world, girls are driving change. They are activists and advocates on the front lines of movements for social and racial equality. They are calling for urgent climate action and demanding space at decision-making tables in their communities, countries and beyond.

The theme for this year’s International Day of the Girl, “My voice, our equal future”, is highlighting how girls everywhere are leading the way in creating the world we all want and deserve. Girls - their rights, voices, talent and dreams - are the foundation of the world we want.

Here are just eight girls who are changing the world that you should know about. 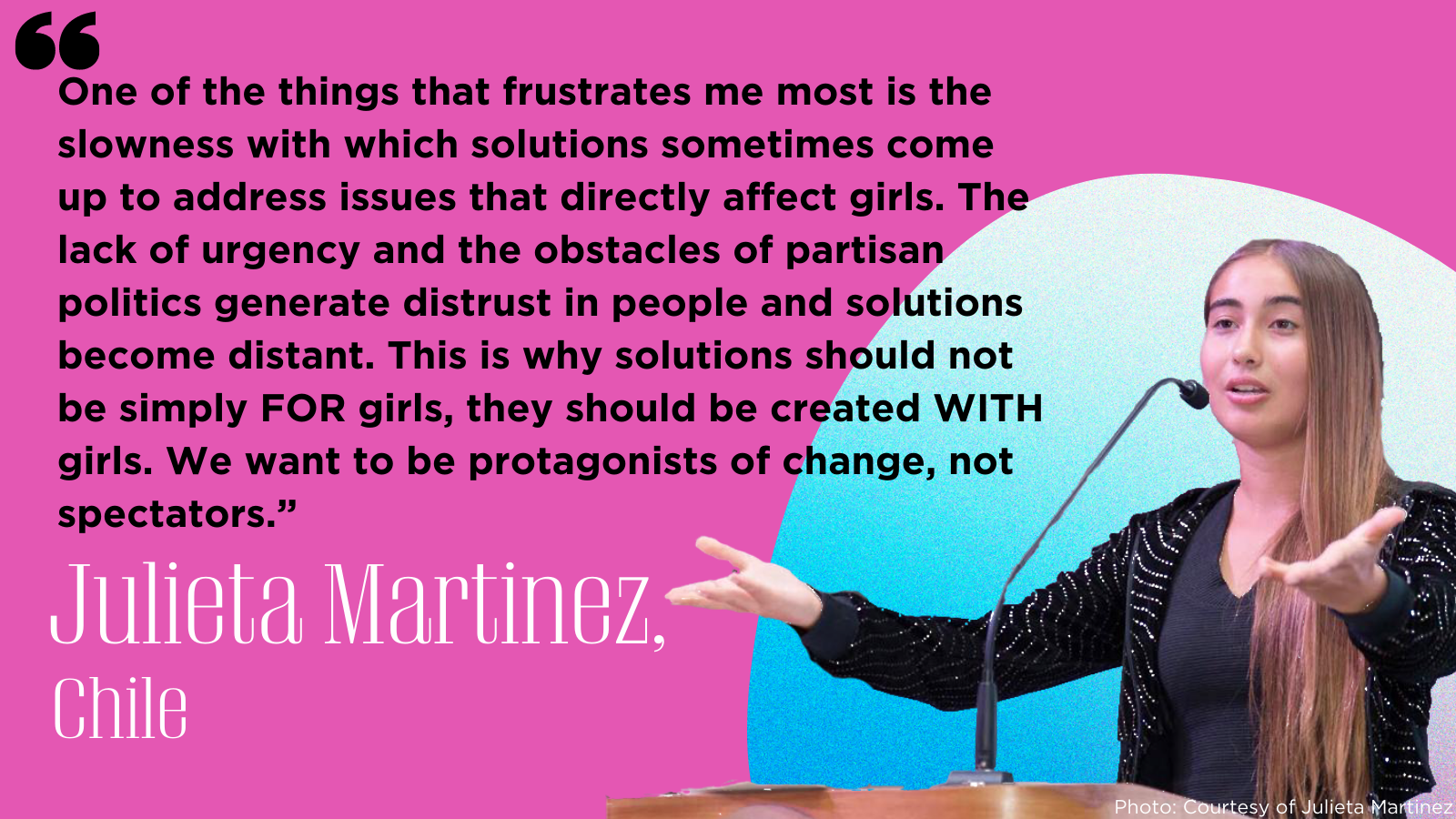 Julieta Martinez,is a 17-year-old climate and gender equity activist who founded an organization to empower girls and young people. The Tremendas Collaborative Platform works to encourage young people’s social impact within their communities. It engaged young people in major global and community issues including the environment, inclusion, gender, health and welfare and education. Julieta is also a member of UN Women’s Generation Equality Youth Task Force, which places youth in the centre of dialogues and review process during the 25th anniversary of the Beijing Declaration and Platform for Action, the most comprehensive international agreement on women’s rights and gender equality. 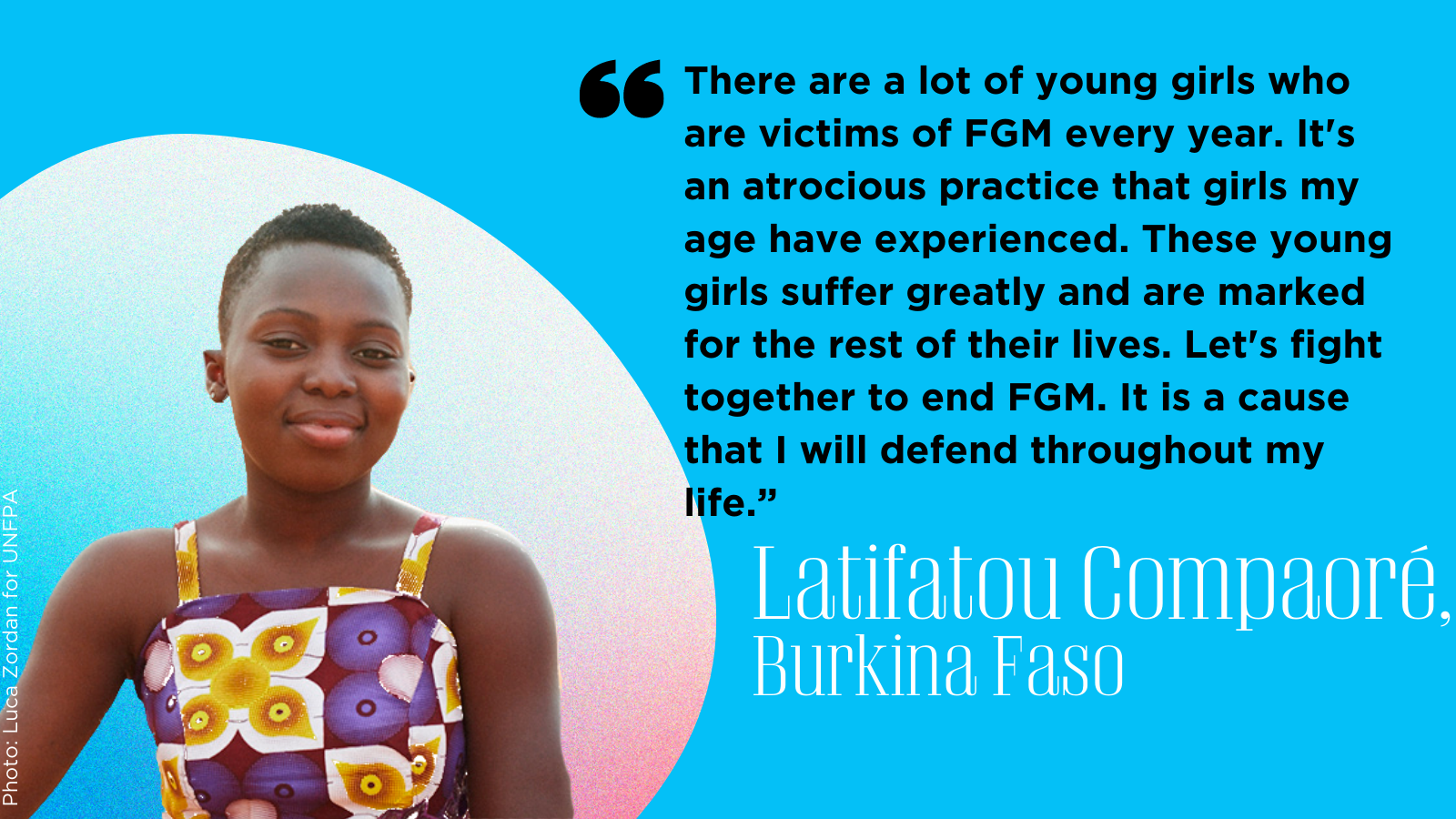 Latifatou Compaoré, 14, learned the spirit of resistance from her mother. After undergoing Female Genital Mutilation and seeing another girl die because of it, Latty’s mother committed to never compromising her own daughters’ safety and health. After hearing her mother’s story, Latty took up her activism and demands an end to the practice of FGM. She uses her talent as a singer to spread the word about how harmful FGM can be. In 2018, UNFPA celebrated Latty and other girl activists like her who are working to end the harmful practice. 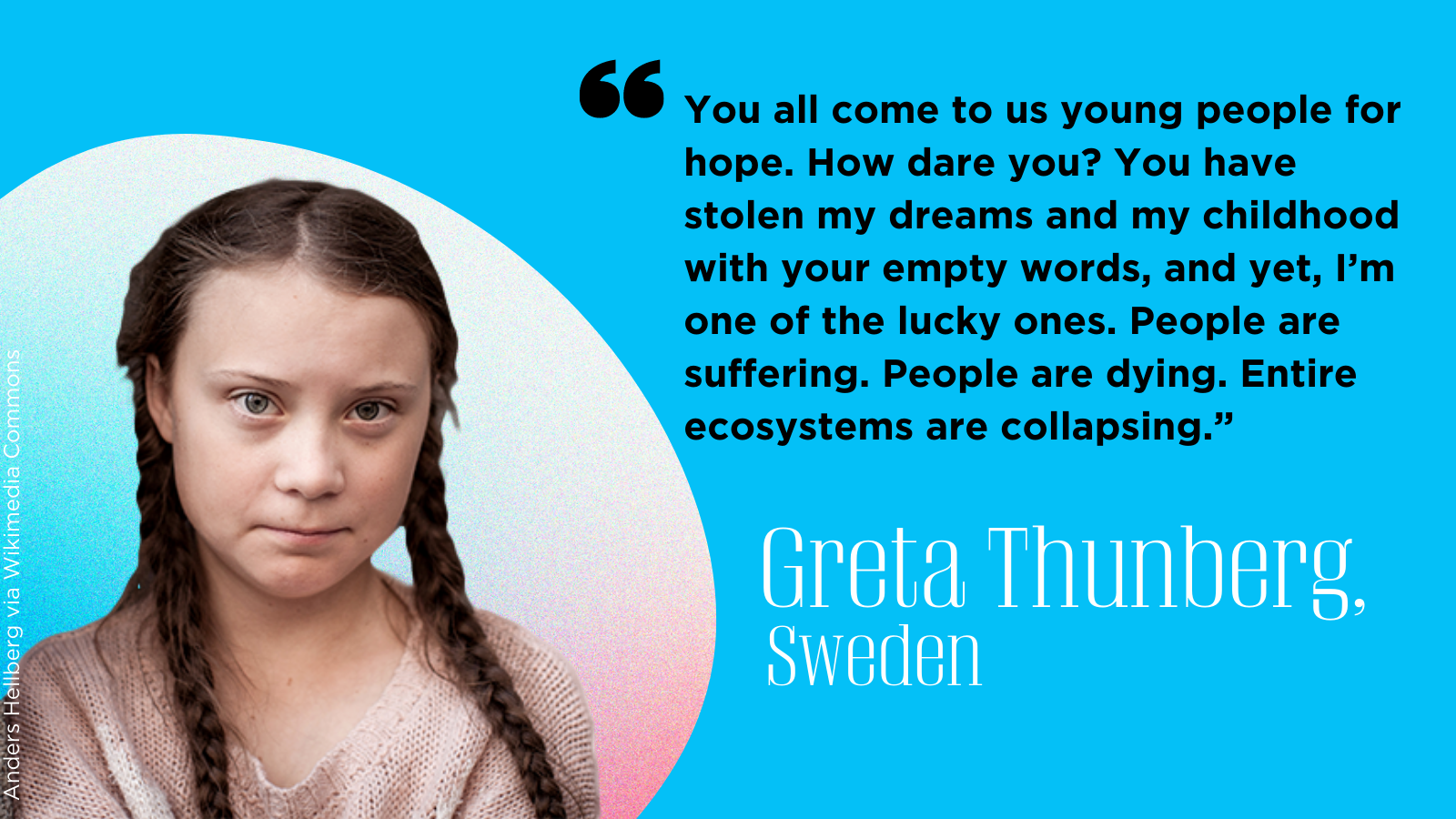 This 16-year-old activist became the face of a global movement for climate change in 2019. Thunberg’s movement started with her skipping school and camping out in front of the Swedish Parliament, demanding action to protect the planet for future generations, and grew to a global strike. In September 2019, Thunberg sailed across the Atlantic on an emissions-free boat to speak at the UN Climate Summit in New York, where she condemned world leaders for their lack of action. 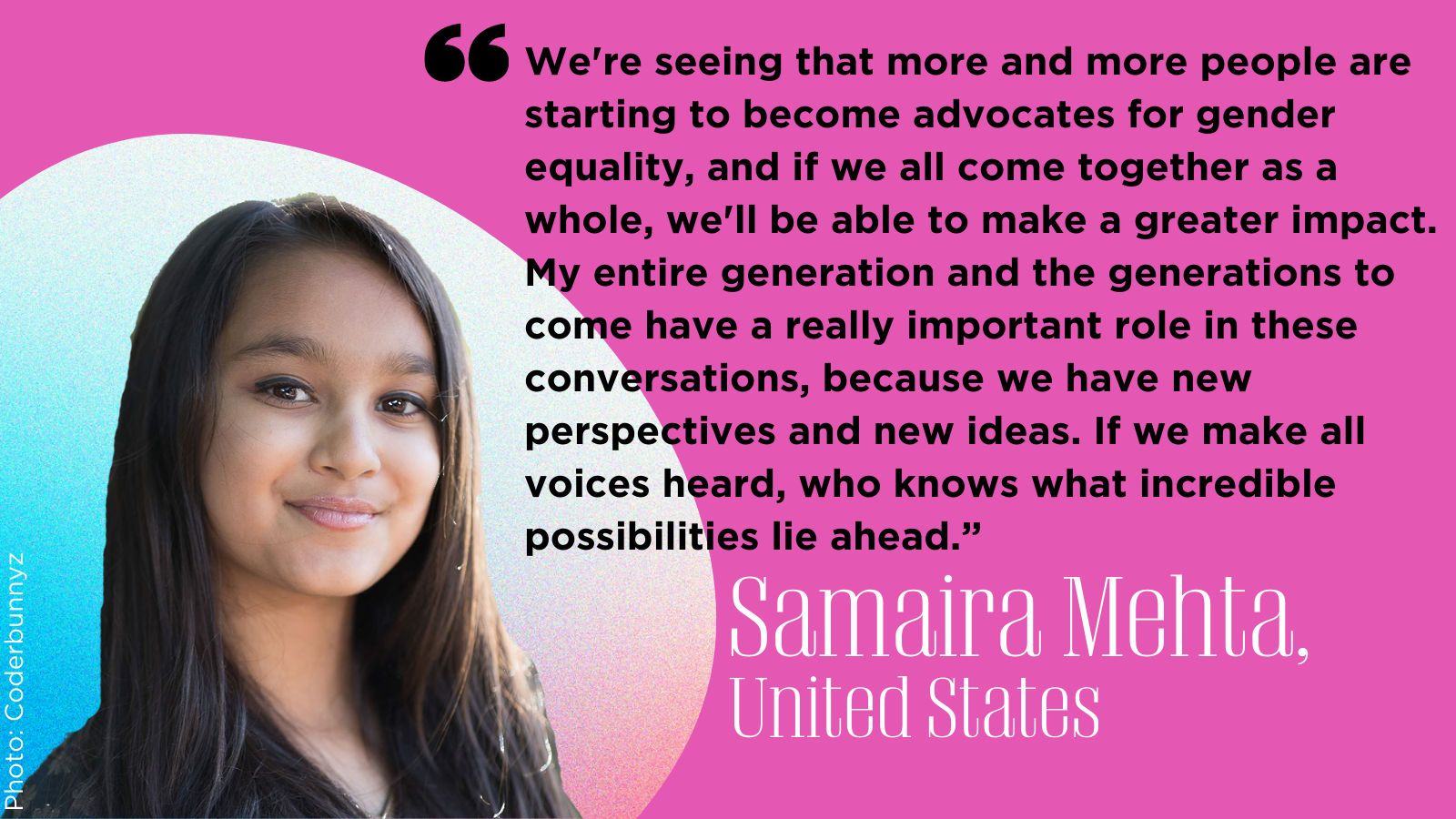 At only 11 years old, Samaira Mehta is already the founder and CEO Coderbunnyz and Codermindz, two board games that introduce kids to the concepts of computer programming and artificial intelligence. She’s also the creator of the “Yes, One Billion Kids Can Code” initiative, which aims to help one billion children gain access to STEM and coding tools by 2030. Samaira added her voice to UN Women’s Generation Equality campaign this year and gave tips on how to close the gender gap in STEMS. 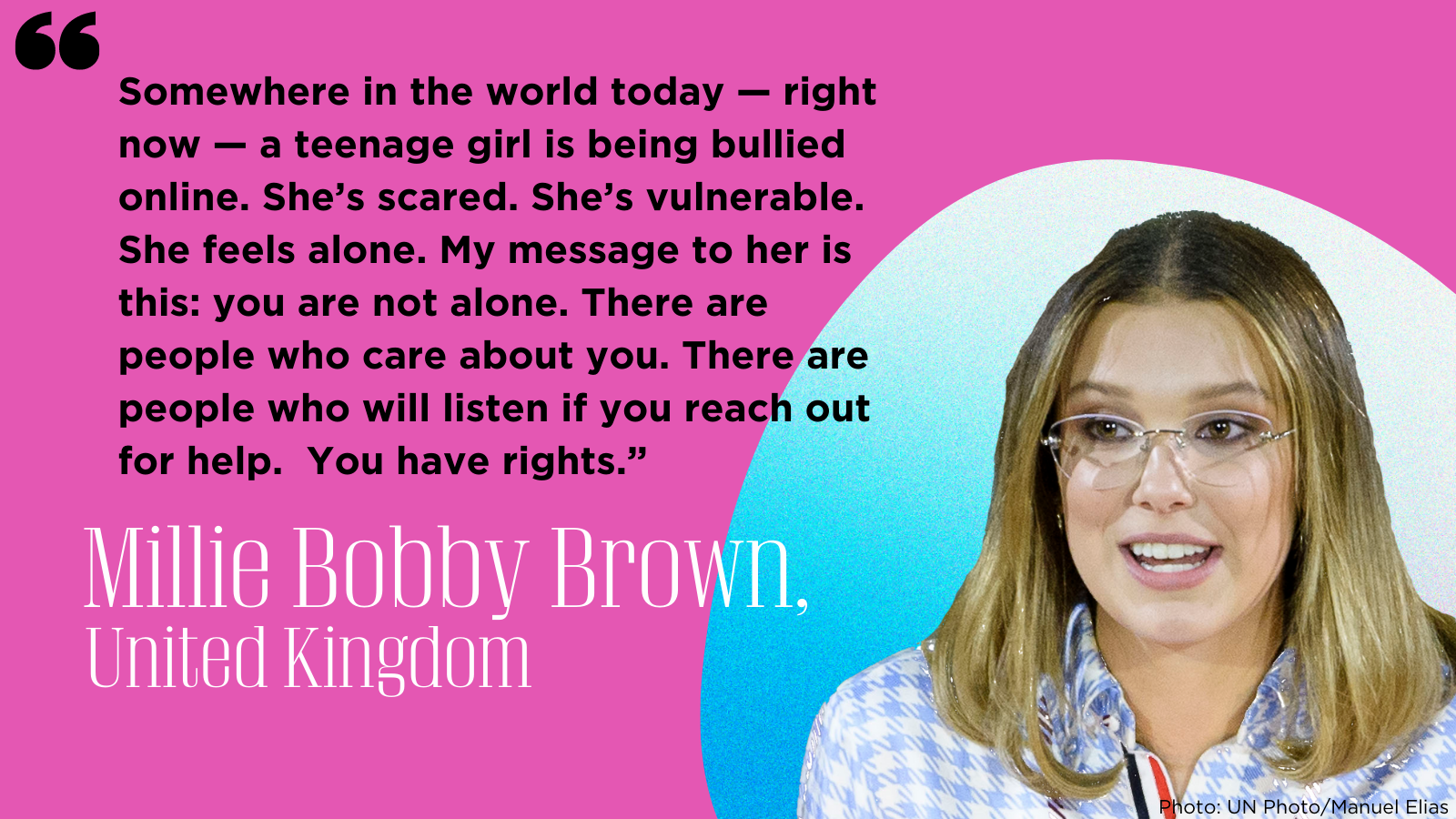 Best-known for her role as “Eleven” in the hit series Stranger Things, Millie Bobby Brown is also a strong advocate for children’s rights. As a UNICEF Goodwill Ambassador, the actor uses her voice to call attention to issues children are facing around the world, including lack of education and safe spaces, and the impact of violence, bullying and poverty. 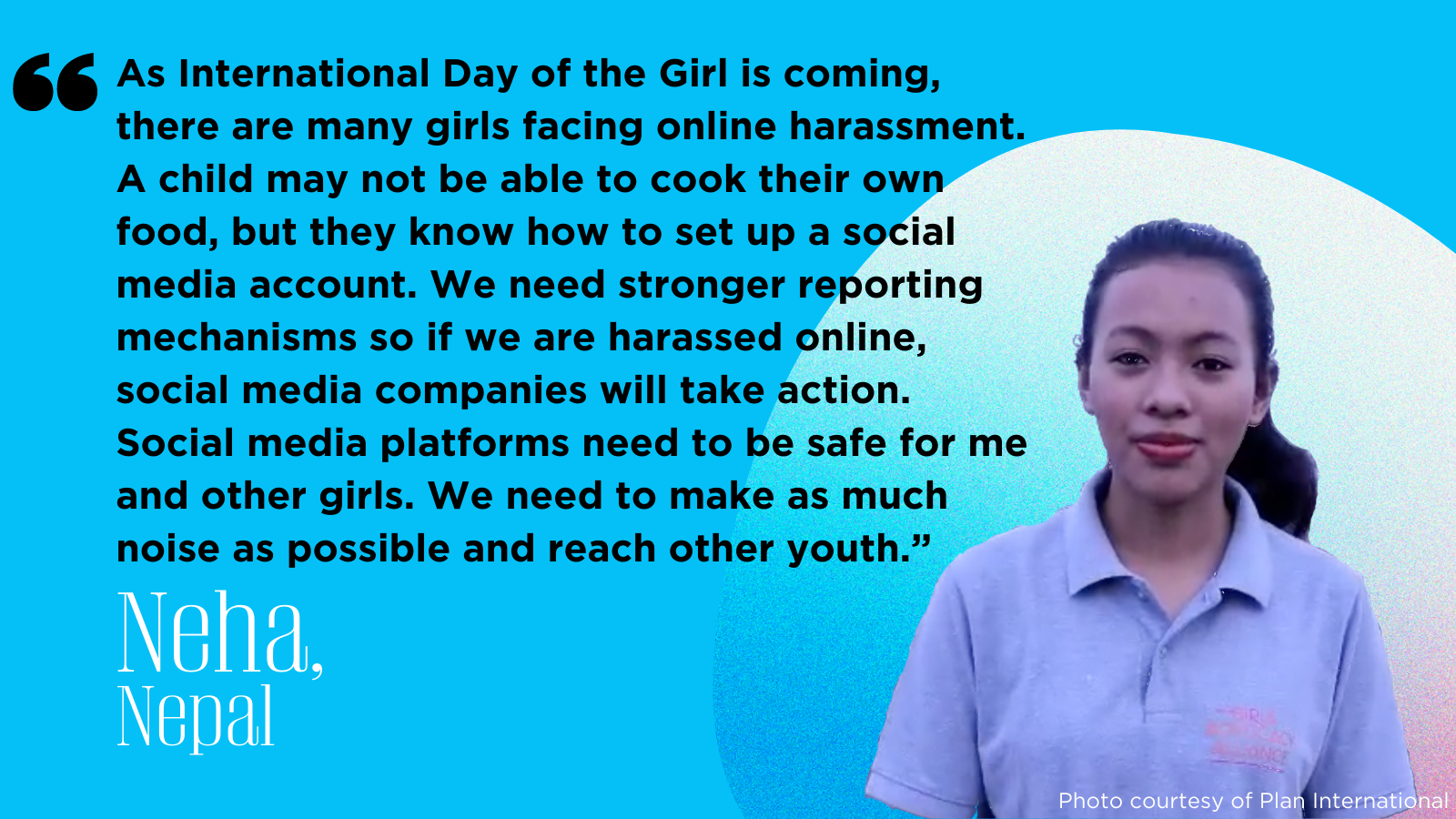 Neha is a girls’ rights and gender equality activist who grew up in a slum of Kathmandu, Nepal. She began her activism in community girl and youth clubs where she tackled issues from child trafficking to gender-based violence. Now, as a Plan International Global Young Influencer, she is an inspirational grassroots campaigner and leader in the Mahila Ekta Samaj Girls Network of Nepal which unites girl activists from the 10 major slums of the Kathmandu valley. Neha is also a programme presenter on Nepal’s radio programme #CoolKids.com, where she raises awareness against the online sexual exploitation and harassment of girls. Ahead of International Day of the Girl Child, Neha joined UN Women and Plan International for a conversation on digital youth activism. 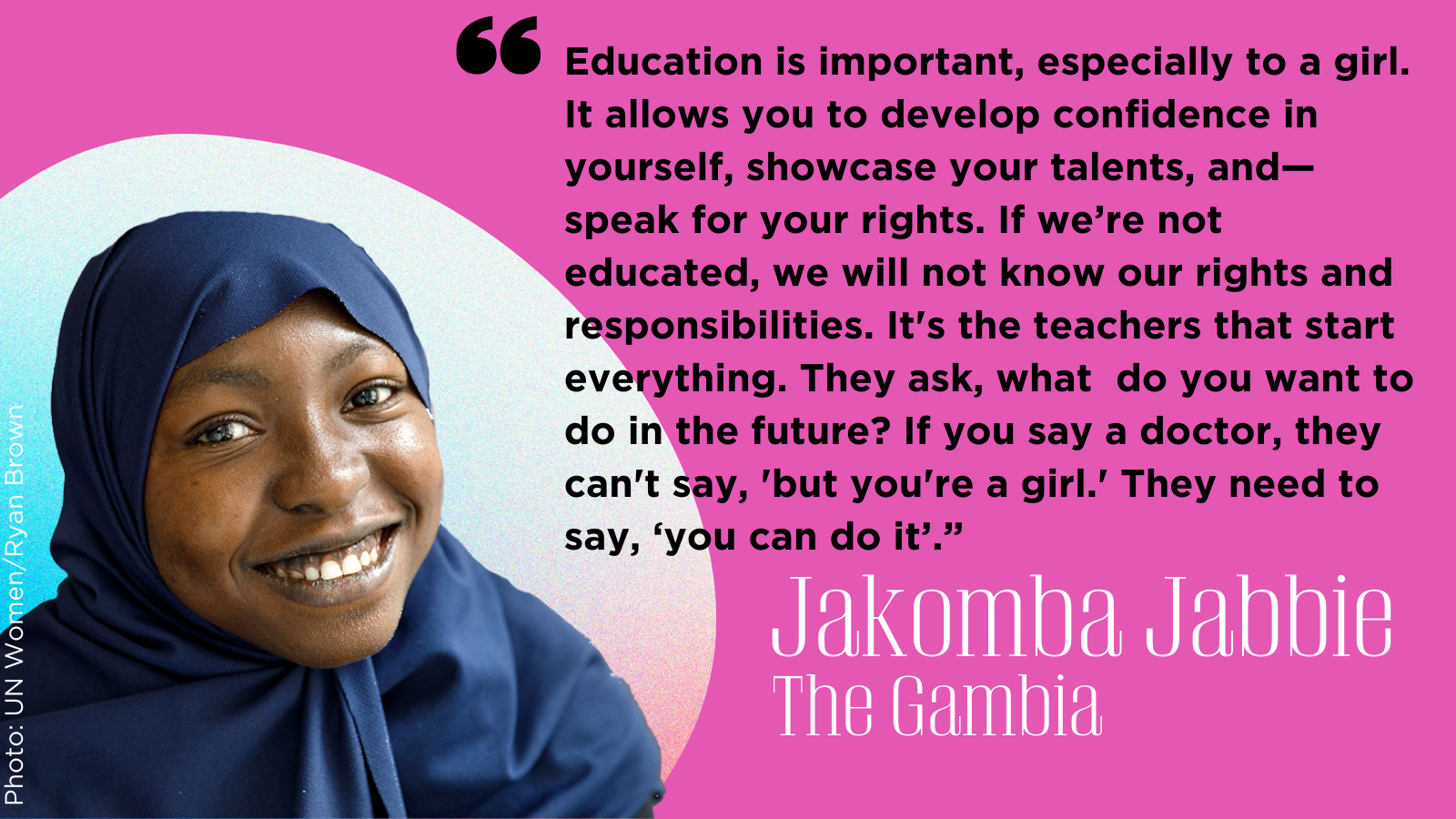 Jakomba Jabbie, 16, is a vocal advocate for the education of all girls in the Gambia, especially when it comes to science and technology skills. Jakomba’s activism started within her own school, when she founded a robotics club after seeing that girls were notbeing encouraged to pursue technology and innovation courses and careers. The aspiring aerospace engineer serves as a major inspiration to all girls who want to pursue STEM studies, and always emphasizes the importance of giving girls space to excel in the fields where they are underrepresented. In 2019, Jakomba shared her story with UN Women during the 63rd session of the Commission on the Status of Women, where she participated in a side-event on equality in law for women and girls. 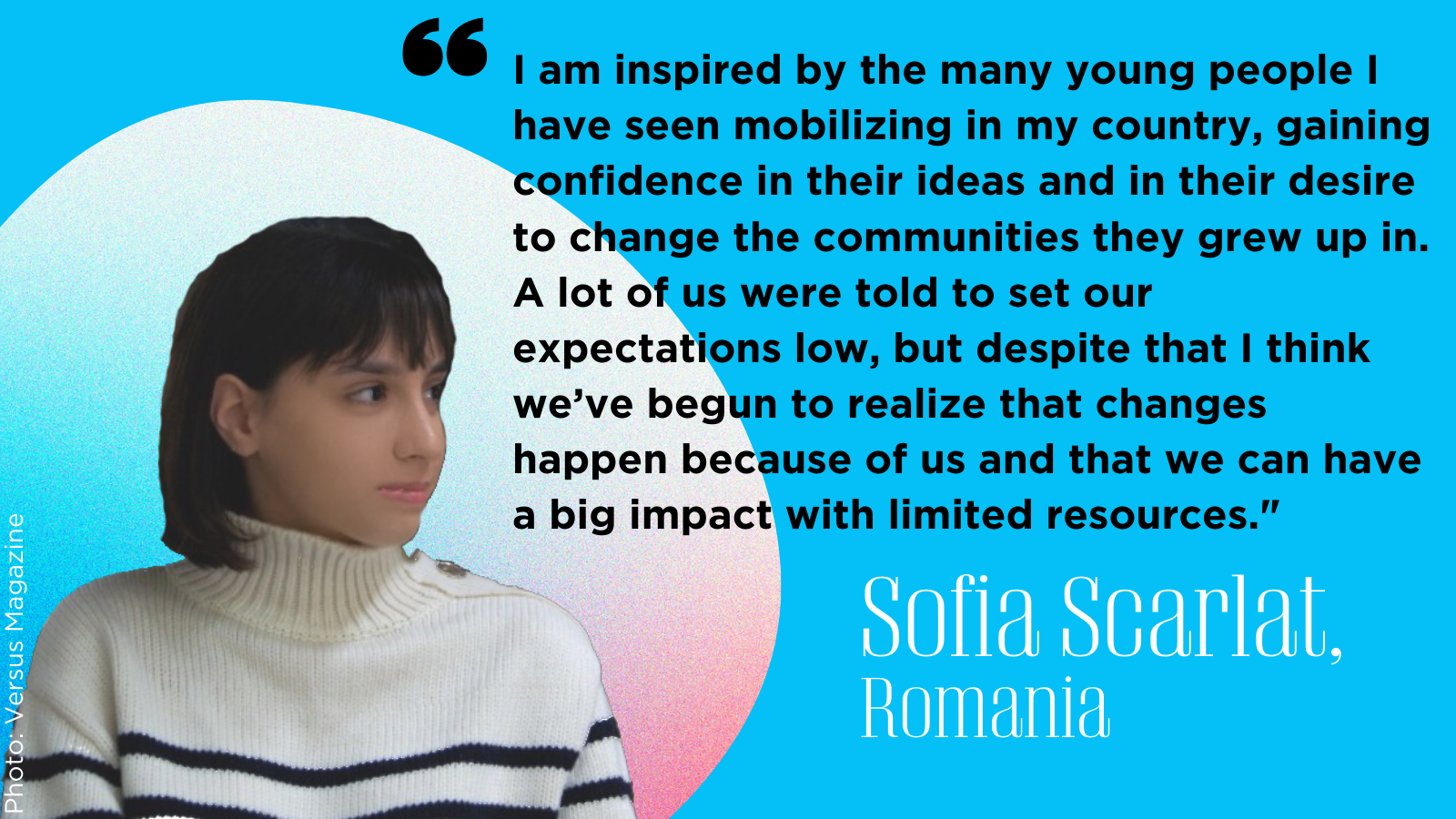 Sofia Scarlat is a 17-year-old student from Romania. She founded Girl Up, Romania's first ever gender equality organization for teenagers and works to advance gender equality through the prevention of domestic violence, sexual violence and trafficking in persons. She is also a strong advocate for comprehensive sexual education and promotes legal assistance for underage victims of gender-based violence. In October 2020, Sofia was announced as a new member of the UN Women Generation Equality Youth Task Force.