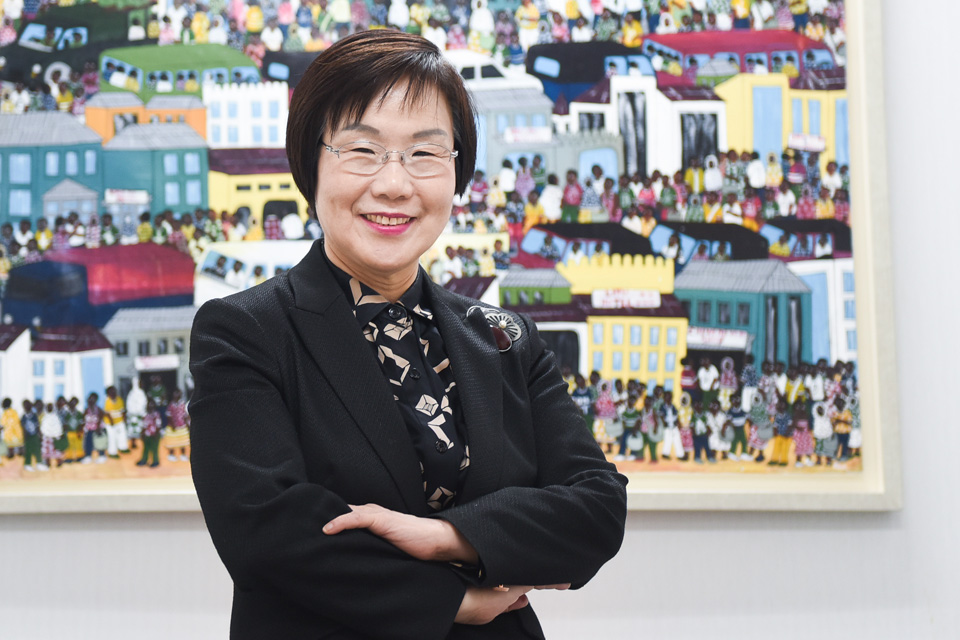 Lee Mi-kyung is President of Korea International Cooperation Agency (KOICA). She served five terms as Member of the National Assembly of the Republic of Korea from 1996 to 2016, and was Standing Vice-Chairperson and Representative of Korea Women’s Association United from 1987 to 1996. Photo: KOICA

Three things you can do to be part of Generation Equality:

Gender equality is not a women’s issue but a matter of human rights.

The concept of human rights has been interpreted differently according to society’s definition of who is a human being under which conditions. Women have achieved human rights through endless struggles and efforts; for example, the right to vote, the right to receive the same wages, and the right to wear pants were all rights that women had to acquire. I have been dedicated to the movement throughout my life.

Solidarity for the global agenda, including the COVID-19 pandemic, is the most urgent issue of our time.

We, as a global citizens, urgently need to pay attention to the emerging impacts on women whose burdens of unpaid care work have been exacerbated by the closure of schools, and the women and children now at greater risk of exploitation and sexual violence, as exemplified by the economic impacts of the 2013-2016 Ebola outbreak in West Africa. Finally, global strategic plans for preparedness and response must be grounded in strong gender analysis for this type of global crisis.

On gender equality, we are all connected regardless of our ages, countries, ethnicities and so on. From my lifelong experience advocating for gender equality, women's movements, experiences and success stories are not fragmented. No matter how far away we are, we can see that we are connected, affecting each other. In my work as President of Korea International Cooperation Agency, I always advocate for women, who comprise half the population but still remain on the periphery of patriarchal society, especially the many poor women living in developing countries, who will also be the beneficiaries and leaders of a society of sustainable development.

Related News
01/08/2021
Joint statement by UNFPA and UN Women: Impacts of the compounded political and health crisis on women and girls in Myanmar
15/08/2022
In focus: Women in Afghanistan one year after the Taliban takeover
15/08/2022
Statement: ‘Meticulously constructed policies of inequality’ – Afghanistan one year on
25/07/2022
Press briefing: The situation of women and girls in Afghanistan
12/10/2021
Take five: “Afghan women will not go backwards”
END_OF_DOCUMENT_TOKEN_TO_BE_REPLACED