A survey to assess the gendered impacts of COVID-19 on women’s and men’s lives and livelihoods in ten countries/territories across Europe and Central Asia has revealed dire findings. 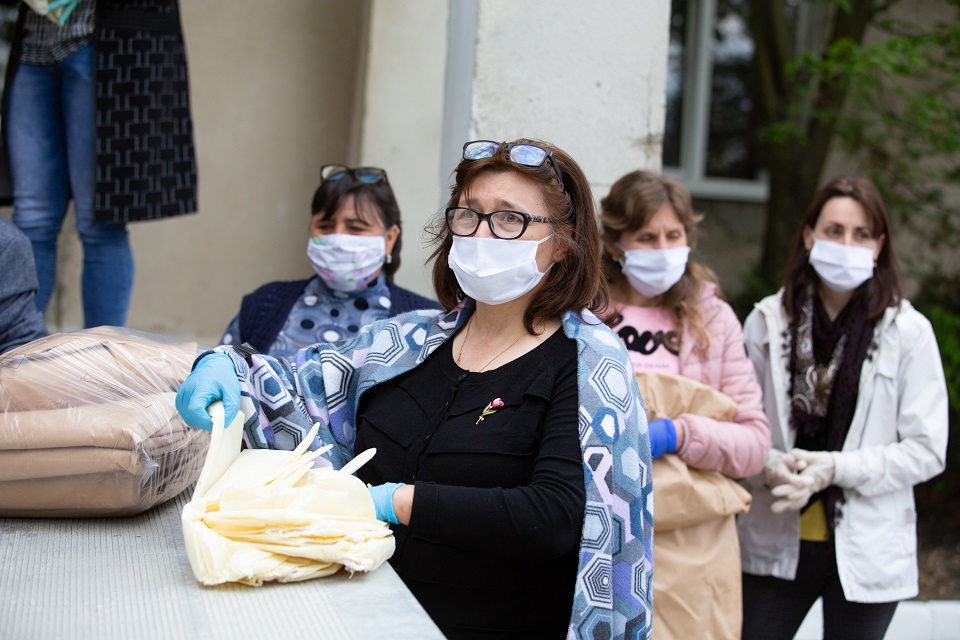 On the heels of the pandemic, the UN Women Regional Office for Europe and Central Asia conducted a rapid gender assessment to effectively and accurately evaluate the gendered impacts of COVID-19. The survey, which was conducted between April and May 2020, reveals a troubling situation – in Central Asia, three out of every five women reported a higher risk of not being able to access health services. A decrease in the paid working hours of women was observed across all countries/territories [1] ranging from 31 per cent in Georgia to 65 per cent in Kosovo [2]. Decreased earnings for women ranged from 15 per cent in North Macedonia to 52 per cent in Turkey. An alarming proportion of women (60 per cent) reported that it will be difficult to maintain basic expenses, such as rent and utilities, if restrictive measures continue.

As women’s economic security has been shaken, the COVID-19 crisis has also disproportionately affected their mental and emotional health. The most probable reason is the increased burden of unpaid domestic and care work, compounded by financial distress. Data shows that women’s psychological and mental health is being affected at higher rates than that of men, with worryingly high proportions seen among women in Albania (69 per cent), Kazakhstan (52 per cent), Turkey (54 per cent) and the Republic of Moldova (49 per cent).

The gender assessment exposed the prevalence of the shadow pandemic of violence against women. According to the survey, a considerable number of women (and men) reported having felt/heard of increases in domestic violence and discrimination. It is also concerning that the share of women who did not know where to seek help in cases of domestic violence ranges from around 20% in Turkey to at least 40% in Kyrgyzstan.

Overall, the findings reveal that women across the region are experiencing increased vulnerabilities and suffering from a multitude of problems due to COVID-19, with the greatest impact seen among women and girls in vulnerable domestic and economic situations.

“The pandemic undoubtedly had a profound social and economic impact on everyone, but the preliminary results of our rapid survey in the region exposed particular threats to women’s lives and livelihoods. The pre-existing discrimination and inequalities that women and girls faced before the pandemic became starkly exposed in the face of lockdowns and restrictive measures. We hope that the survey findings will inform, guide and support the response planning in the region and help countries to address the gendered impact of the pandemic.” said Alia El-Yassir, UN Women Regional Director for Europe and Central Asia.

United Nations Development Programme (UNDP), United Nations Population Fund (UNFPA), UN Resident Coordinators among other partners supported the rapid gender assessment in several countries/territories across the region. Data collection at the country/territory level was also made possible through the generous support of the Governments of Canada, Norway, Sweden, Switzerland, and the European Union.

[1] This article refers to data on Albania, Azerbaijan, Bosnia and Herzegovina, Georgia, Kosovo, Kazakhstan, Kyrgyzstan, North Macedonia, the Republic of Moldova and Turkey

[2] All references to Kosovo on this website should be understood to be in the context of United Nations Security Council resolution 1244 (1999).

Related News
10/07/2017
Press Release: UN Women and the European Union launch a new initiative to focus on ending violence against women in the Western Balkans and Turkey
24/10/2014
Balkan women make inroads in peace and politics
06/03/2013
Presentation by Michelle Bachelet and Julia Duncan Cassell at a side event on the COMMIT Initiative
21/04/2020
Maria Kolesnikova: An activist from Kyrgyzstan leading the eco-movement and spreading green values
13/10/2017
Across the Western Balkans, rural women are influencing local budgets and shaping progress
END_OF_DOCUMENT_TOKEN_TO_BE_REPLACED