Your questions answered: Women in Haiti 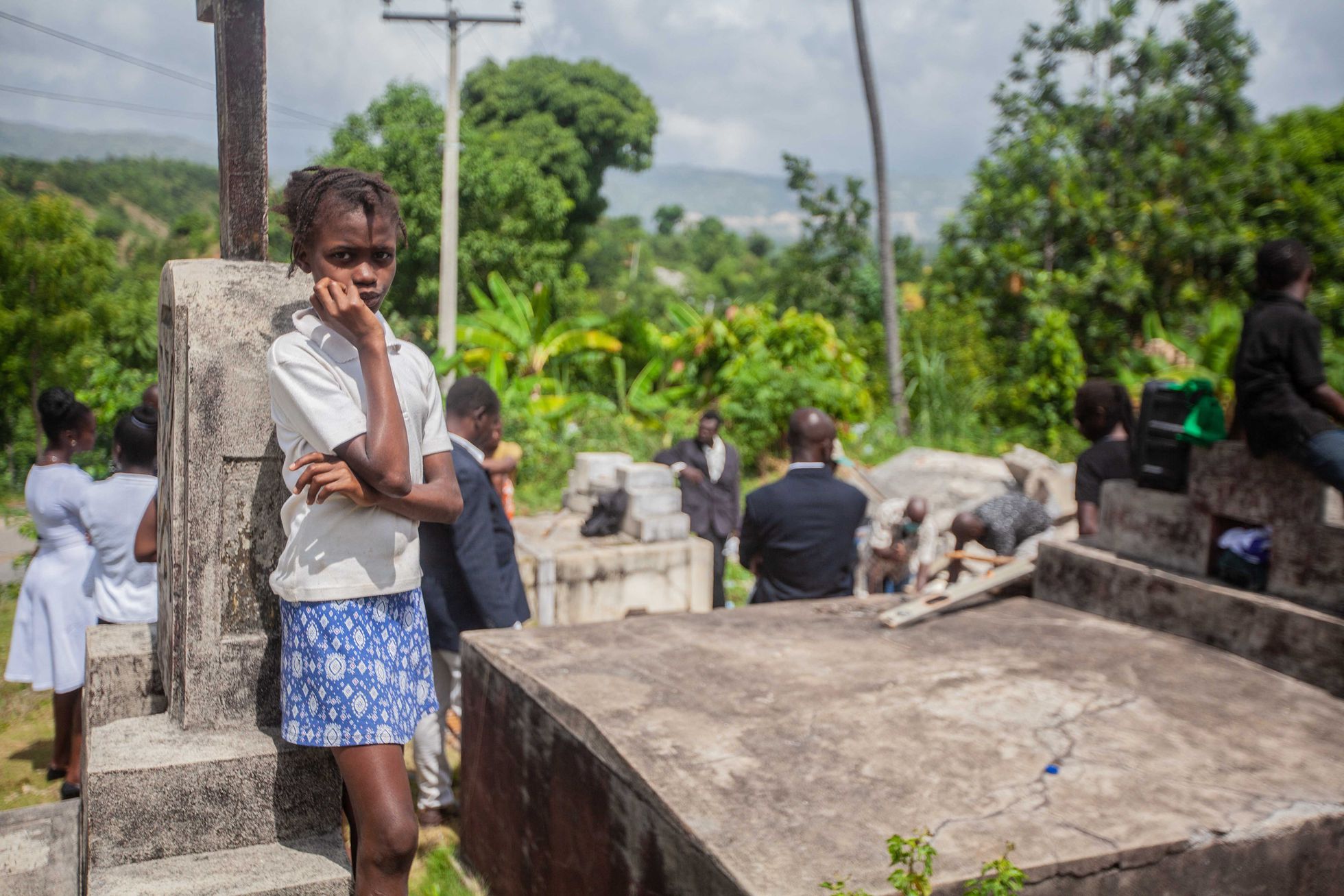 A girl attends the funeral of two victims of the last earthquake that struck Haiti on August 24, 2021 in the town of Marceline. Richard Pierrin/ AFP

What crises is Haiti facing?

Haiti is simultaneously facing a political crisis and a humanitarian one. Haitian president Jovenal Moïse was assassinated on 7 July 2021 by a group of mercenaries, destabilizing an already precarious political situation and plunging the country’s future into uncertainty.

On 14 August, the country was hit by a deadly 7.2 magnitude earthquake that affected over 800,000 people in its southwestern peninsula, killing thousands and leaving tens of thousands more displaced. Days later, the country was struck by tropical storm Grace, causing flooding in the earthquake-affected areas and exacerbating the damage and suffering.

Amidst the chaos, gang violence has drastically increased in the Port-au-Prince metropolitan area, displacing some 19,000 people. These incidents are unfolding even as the COVID-19 pandemic continues to  strain the health system and other infrastructures.

How are these crises affecting women and girls?

A pre-existing lack of social protections and weak infrastructure has left women, girls and other vulnerable populations further exposed to loss, damages and violence. The poorest country in the western hemisphere, nearly 20 percent of Haiti’s population lives below the extreme poverty line of USD 1.23 per day. Less than 1 percent of the country’s GDP is dedicated to health or education. Even the poorest families have to pay to send their children to school, and the vast majority cannot afford supermarket prices for food and essential goods. Before the earthquake, 46 percent of the population had unmet food needs –– especially children, adolescents and pregnant women.

How can we support women and girls in Haiti?

Donate today to support women and girls in Haiti.

UN Women has reinforced our team in Haiti, and together with CARE International, government and UN agencies, we prepared a rapid assessment of the most urgent needs and are making sure that humanitarian aid and response address the differential needs of women, men, children and young people and vulnerable groups.

To make sure that no one is left behind, we are focusing our efforts on facilitating access to food, protection kits and services for women and girls, and strengthening women’s resilience by providing financial support and advocating for medium to long term policy measures that include women in the economic recovery.

With your help, we can do more to ensure the safety and well-being of Haiti’s women and girls. Donate today.

Related News
15/09/2021
Press release: Being amongst the most affected by the earthquake, women’s and girls’ meaningful participation and leadership are crucial to an effective and successful humanitarian response in Haiti
03/11/2016
In post-hurricane Haiti, women work together to rebuild
14/10/2016
Expert’s take: Why women must be at the heart of the humanitarian response in Haiti
12/10/2016
Preparing for disasters, rebuilding in the aftermath
12/10/2016
UN Women provides immediate support to women in Grande Anse after Hurricane Matthew
END_OF_DOCUMENT_TOKEN_TO_BE_REPLACED