In 2020, even as governments around the world rallied to respond to the COVID-19 pandemic, a large number of countries and their populations continued to face insecurities spurred by violent extremist organizations.

On 23 March 2020, the UN Secretary-General issued an urgent appeal for a global ceasefire to create opportunities for life-saving aid. He stressed on the need to protect the most vulnerable – women and children, people with disabilities and those marginalized and displaced. No less than 180 countries, along with the UN Security Council, civil society groups and millions of citizens endorsed his ceasefire call.

The presence of violent extremist organizations exacerbates existing inequalities, including gender inequalities, and poses a threat to countries struggling to combat the economic and social fallout of the COVID-19 crisis. Safeguarding women’s rights and gender equality in these contexts is urgent.

To address this issue, from 25 May to 5 July 2020 UN Women organized, on behalf of the Gender Working Group of the UN Global Counterterrorism Compact, a global digital consultation to seek the views of civil society on the gendered dimensions of violent extremism. Participants said the COVID-19 pandemic aggravated existing gender inequalities, highlighted the need to change track in addressing violent extremism and terrorism and invest in initiatives that promote gender equality and human rights within communities.

Here are five human rights defenders and gender equality activists sharing what their communities need and their efforts to build peace in the face of violent extremism and COVID-19.

Educate women and youth to tackle violent extremism in Nigeria 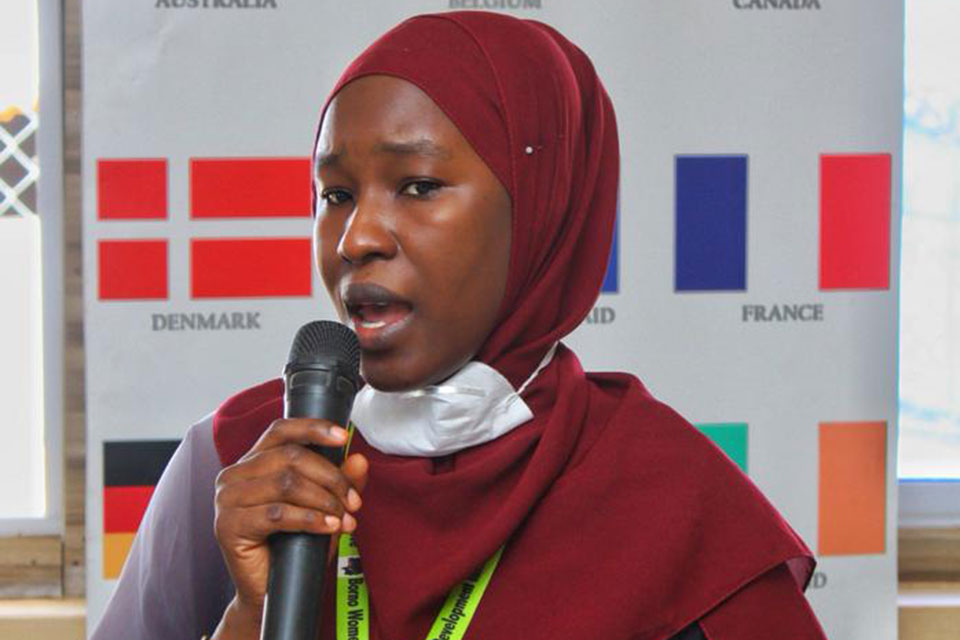 Fatima Askira is a young Nigerian leader and peacebuilder. Born and raised in Borno state, a hotspot of Boko Haram insurgency in north-east Nigeria, she founded the Borno Women Development Initiative (BOWDI) in 2014, through which she leads training and mentoring programmes for Nigerian women and girls, including rescued victims of Boko Haram. Photo courtesy of BOWDI.

“Nigeria has long been a patriarchal society, one in which the gender gap is far from being closed. The steady shrinking of women’s places at decision-making tables, their progressive exclusion from political spaces, and the ongoing lack of governance structures have created a fertile ground for violent extremism – which can be stemmed through education and women’s grassroots mobilization,” argues Fatima Askira, who was among 142 civil society participants at the global consultation.

“At the Borno Women Development Initiative, we support women and youth in accessing education and training, which is more difficult in the pandemic context. We recently ran a joint programme with the Malala Fund focused on re-enrolling teenage girls in school. We also organize short-term training for young women in leadership to strengthen their advocacy skills and knowledge of the peace and security agenda.”

“The fact that we, as young women, are on the frontlines sends a positive message to the community: ‘We were born and raised here, we dress and speak just like you. Education has given us the opportunity to make a positive impact in your community. It could do the same for you and your children.’ Nonetheless, we must all continue to hold states accountable for the implementation of the Women, Peace and Security agenda.” 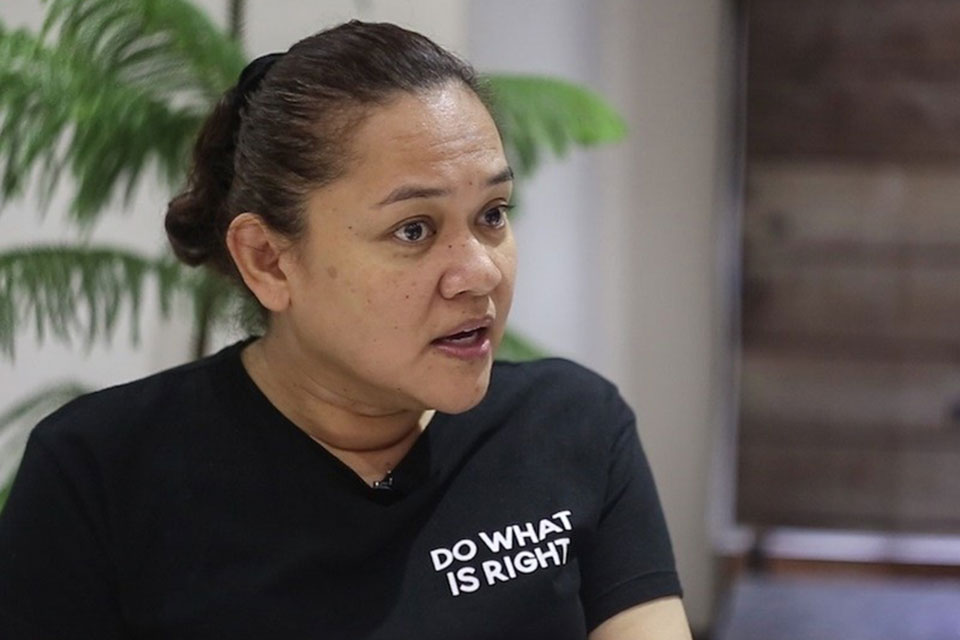 Fatima Pir Allian is the Programme Manager of Nisa Ul Haqq fi Bangsamoro (Women for Justice in the Bangsamoro), an organization that provides a venue for Bangsamoro women to progressively interpret Islamic teachings on gender, women’s rights, and peace and development issues. Photo courtesy of Fatima Pir Allian.

“In the Bangsamoro (southern Philippines), we are still scarred by the memory of the 1974 ‘Burning of Jolo’, a seven-day confrontation between state and secessionist groups, which left our community devastated. I was only five months old at the time, but I grew up listening to the stories of community elders about the dead bodies on the streets, the smell of burning houses and the wailings of those who had lost a loved one or their entire family. Almost 50 years later, the trauma still lives on,” says Fatima Pir Allian, who works to promote community dialogue.

“Community dialogue is an effective tool for enabling the most vulnerable in our communities to find their voice, share their stories and acknowledge that our journeys may be more similar than different. To eliminate violence and prevent conflict from happening again, communities must look at their past and learn how to process trauma. At Nisa Ul Haqq Fi Bangsamoro, we invite Bangsamoro women and men over for a cup of 'kahawa' (coffee) and provide a safe space to talk. We abide by the local government’s COVID-19 protocols, including the provision of protective equipment for all our participants and strict social distancing.”

“Healing is a complex and lengthy process and cannot be achieved only through civil society’s work on the ground. We need the support of state institutions in ensuring justice and introducing policy change.” 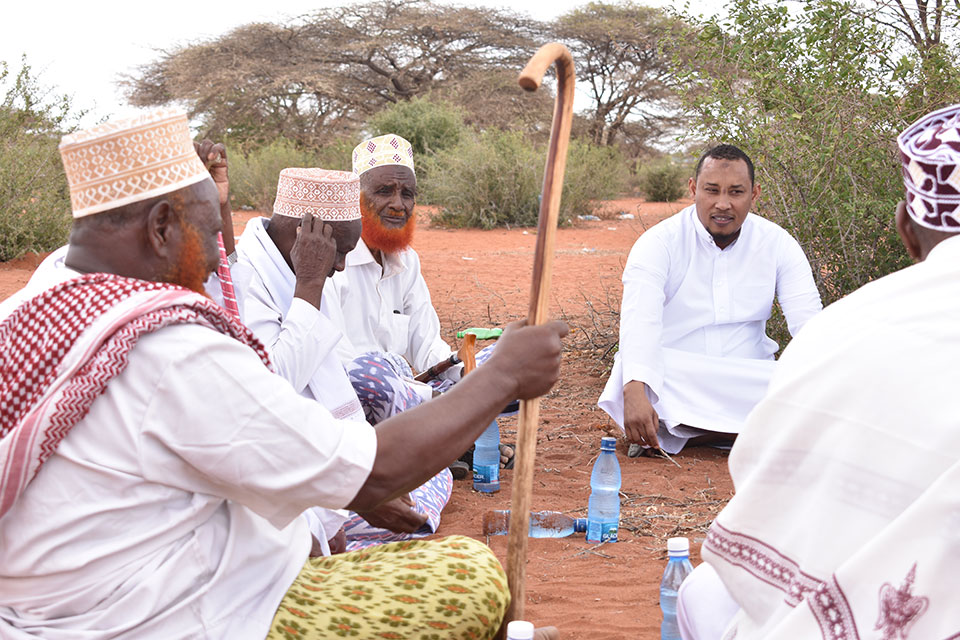 Abdinasir Saman has been working for the Wajir Peace and Development Agency (WPDA) for the last 10 years. WPDA was founded by female community leaders in Wajir County, north-east Kenya, in the mid-1990s, at a time when the region was engaged in vicious clan conflicts. Photo: Courtesy of WPDA.

“A woman’s body was recently found 700 meters from a local police station, tortured and sexually violated. Today, an improvised explosive device went off at the border. Insecurity and violation of rights are an everyday occurrence in Wajir,” says Abdinasir Saman, who works with elders in his community in north-east Kenya. “But violence against women and girls, particularly sexual and gender-based violence, has increased with the rise of violent extremism. Women are systematically targeted by both extremist groups and security actors,” he notes.

“Cases of sexual violence are brought before local ‘elders’ and regulated through a patriarchal conflict resolution system known as ‘maslaxa’, an alternative dispute resolution mechanism recognized by the government and civil society organizations. Women are excluded from this decision-making process and their rights are often ignored.”

Wajir Peace and Development Agency has successfully campaigned to stop addressing violence against women through this traditional and patriarchal decision-making system. However, “it remains hard to monitor the situation and enforce new rules away from urban centres,” shares Saman. “Until the day-to-day challenges of women and girls are addressed here in Wajir, violent extremism and conflict will continue to grow. Especially as the COVID-19 pandemic is creating further hardships for women and girls, we need political commitment and sustained action from all parties on the ground to respond to those challenges.”

Invest in women’s role in preventing violent extremism in Jordan 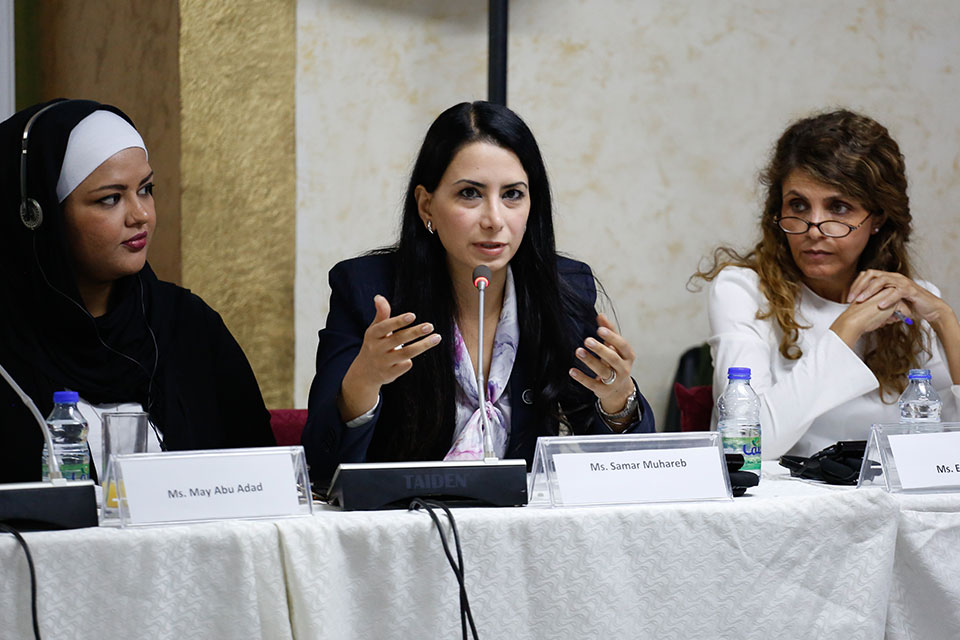 Samar Muhareb, CEO of Jordan NGO Arab Renaissance for Democracy and Development (ARDD), during a field visit to Al Zaatri camp. ARDD partnered with UN Women on efforts to promote the role of women and women-led civil society organizations in building peace. Photo courtesy of ARDD.

“When discussing the rise of violent extremism in Jordan, and across the Arab world, women are usually seen as either the victims or contributors to extremist ideologies, and little attention is paid to the role they can play in preventing violence. At the Arab Renaissance for Democracy and Development (ARDD), we focus on the under-tapped potential of women to build peace in their communities,” says Samar Muhareb.

“With support from UN Women, we work with women-led NGOs throughout the country to ensure they understand and ‘own’ the UNSCR 1325 National Action Plan in Jordan. One of our initiatives at the Za’atari Refugee Camp engaged Syrian men and boys in advocating for the elimination of gender-based violence and inequality, which is essential for social cohesion.”

“We have come a long way in deepening our understanding of the impact of violent extremism on women and girls and their essential role in addressing it. But the path to change is long, and the pandemic should not deter us.” 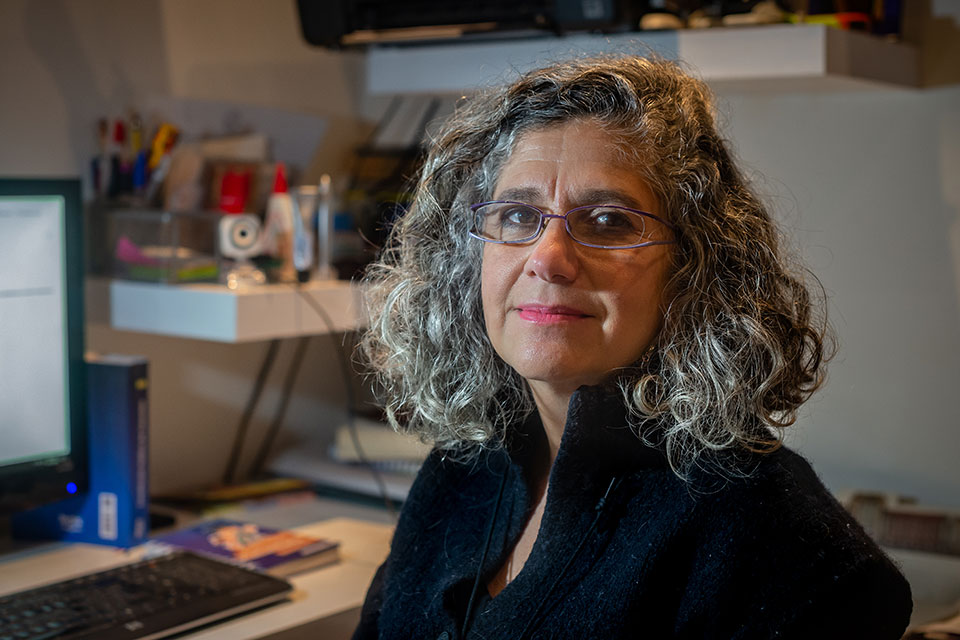 “I began my career working as a litigator for high-profile cases involving human rights violations in Colombia, but I was forced to leave my country in 1994,” shares Lourdes Castro García. “When the peace negotiations started in Colombia in 2012, I decided to come back. I wanted to join the collective enthusiasm and bring change through my experience in the field of human rights.”

“In Colombia, terrorism has long been a tool used by those in power to manage and repress dissent. With the rise of social protests in 2016, the state framed participating organizations as infiltrated by armed groups and responsible for terrorist acts. This stigma naturally affects all of us who defend human rights and lead social movements, and in particular women.”

“The macho and patriarchal bias are so entrenched in Colombia that women leaders struggle to reach leadership positions, and even when we do, we are still exposed to many types of violence: at the family level, in the public life, and more. The vast majority of attacks against women human rights defenders are not duly investigated, judged and sanctioned. International organizations, including the United Nations, thus have a very important role to play and must hold states accountable.”

About the Global Digital Consultation: