Expert’s Take: Investing in the lives and livelihoods of India’s women is crucial to the nation’s full recovery 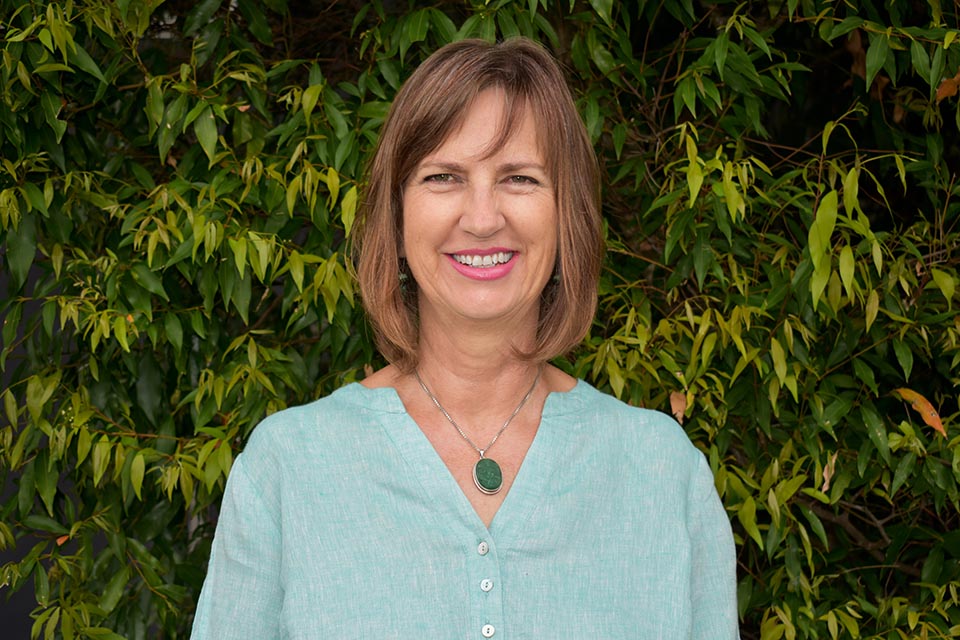 Susan Ferguson is the UN Women Representative for India. Ms. Ferguson joined UN Women in 2017, after a long career in international development. She has lived and worked in South Africa, Solomon Islands and Papua New Guinea, and has experience working in grass-roots development agencies; establishing and managing social services; working within Local, State and Federal Government in Australia on social policy and social programmes.

Thousands of Indians have been affected by the latest COVID-19 outbreak. Not only those suffering from the disease, but also those who care for them.

Just as with the first wave and as with countless disasters before them, women have taken on the heavy burden of caring for the sick and finding ways to meet their family’s basic needs. The combination of illness, unpaid care, economic slowdown, lack of access to financing for female entrepreneurs, and domestic violence has left many women unable to return to work.

Much of this is attributable to a long history of seeing the work women do as unimportant in the “real world” of the economy, and as unworthy of value in the household. A recent Oxford report shows that Indian women and girls put in 3.26 billion hours of unpaid care work every day — a contribution of at least ₹19 trillion a year to the Indian economy.[1] Yet in India, duties performed at home have historically not been considered “work,” due to norms of gender and caste.

If these trends aren’t reversed, it will have a devastating impact on the economy while further exacerbating gender inequality. For this generation of women to emerge relatively unscathed from this pandemic and be able to return to the workforce, we must invest seriously in the livelihoods of women and girls in our country.

India has now lost over 300,000 people to the virus and that number continues to rise as the country struggles to deal with a new, deadly variant that has overwhelmed its healthcare capacity. Rural parts of the country are reliant on the incredible dedication of front-line women workers: Anganwadi workers, ASHA workers (Accredited Social Health Activist), community health workers and nurses, along with civil society organisers and volunteers.

This predominantly female workforce has been seriously overstretched. The ASHA programme has only been around for 15 years, but often they’re the only line of defence in remote areas. These women have been hailed as national heroes for the hazardous work they have done, which has at times led to illness and death due to lack of protective gear. Many also face verbal and physical abuse during door-to-door surveys.

The accolades and appreciation — which are not tied to any economic benefits or opportunities — serve as an ironic reminder that these women are still often required to perform double duty in the form of seemingly endless unpaid labour at home. Public spending in India on healthcare is only one percent of its GDP, which is far less than many other developing nations. Indeed, the Anganwadi and ASHA programmes technically qualify as volunteer work.

This devaluation of “women’s work” is reflected in the home. India’s First Time Use Survey states that while Indian men spend 80 percent of their working hours on paid work, women spend nearly 84 percent of their working hours on unpaid labour. According to NITI Aayog, women spend 9.8 times the time that men do on unpaid domestic chores. In a country with a high proportion of multigenerational households, women spend on average 4.5 hours a day caring for children, elders and ill or disabled persons, compared with less than one hour for men.

The COVID-19 outbreak has only exacerbated this situation, and its impact on women’s participation in the formal economy is clear. Many women have had to stop working formally to devote themselves solely to unpaid work. In the decade before the pandemic, female labour force participation had already been trending downward, making women’s earned income in India just one-fifth that of men’s — well below the global average.

Over the years, the Government of India and the States have taken initiatives to increase women’s participation in the workforce. Starting from removing restrictions on women’s right to work at night in factories or appointments as board members, to comprehensive maternity benefits and protection from sexual harassment at the workplace. Initiatives such as the National Rural Livelihoods Mission, the Skill India Mission, and Startup India all have progressive policies, programmes, and legislations. Despite these important initiatives, the decline in women’s labour force participation has not yet been reversed.

After the recent outbreak of this pandemic, there is a risk that this exodus from the workplace could become permanent. This would decimate both women’s livelihoods and the economy at large. On the other hand, according to IMF estimates, equal participation of women in the workforce would increase India’s GDP by 27 percent. [2]

This crisis can be avoided if India increases its public investments in the formal and informal care economies and taps into the job creation potential of the care economy.

As per the ILO, demand for care jobs (caring for children, people with disabilities, and the elderly, both in urban and rural areas) will increase with working parents and an aging population. According to simulation results, increasing investment in the care economy to meet the Sustainable Development Goals (SDGs) by 2030 may generate 69 million jobs in India.[3] Analysis shows that if another two percent of GDP were earmarked for the Indian healthcare system, it would create millions of jobs, many of which would go to women.

It is vital that women working on healthcare’s front lines are recognized as formal workers and have the same benefits and protections as any comparable occupation. The implementation of progressive childcare and leave policies would also help relieve the burden.

But there also needs to be a mindset shift that recognizes the value of this equally vital unpaid work. In fact, Indian politicians have recently taken the unprecedented step of pledging to pay women for their unpaid labour, a move that activists have long been calling for — one which could be adopted in the rest of the world.

Some have criticized such proposals, saying that they would merely entrench gender stereotypes and discourage women from entering the formal workforce. That is why, over the long term, policies of this kind must be combined with ones that help women take part in the formal workforce if they so choose. These include initiatives that help women entrepreneurs find and obtain financing for their initiatives — something they have struggled to access in the past.

It also includes expanding educational opportunities for women and girls. UN Women India’s Second Chance Education programme is a good example of how we can simultaneously address the pandemic recovery and offer opportunities for women to advance their careers, by training front-line health workers while providing employment pathways.

We need to also consider the persistent issue of income inequality. We consistently see larger wage gaps in countries in which women perform longer unpaid work hours. While this situation has improved over the years in India, investing in the care infrastructure will ensure women do not opt for lower-paying jobs when looking for roles that trade flexibility for hourly pay, due to the demands at home. Private sector involvement is also critical in this area: family-friendly workplace policies are beneficial to women workers and can profit the entire economy.

In the end, it will come down to changing attitudes, sharing the burden equally and dismantling the idea that domestic labour is exclusively the domain of women. Whether it’s at home, in the office or in the field, we must stop taking women’s wprk for granted.

[3] Care work and care jobs for the future of decent work: Key findings in Asia and the Pacific, ILO, 2018 (https://www.ilo.org/global/topics/care-economy/WCMS_633305/lang--en/index.htm).

Related News
27/06/2022
In the aftermath of crisis, rural Bangladeshi women pursue economic security
08/06/2022
A comprehensive approach to ending violence against women in rural spaces in India
01/10/2021
Comprehensive relief package provides support to women and excluded groups during the COVID-19 pandemic in Nepal
27/09/2021
From where I stand: “I want young Dalit women to be part of a society where they can voice their opinions and… dream of a life more than just basic”
16/09/2021
I am Generation Equality: Madhura Das Gupta, business leader and advocate for women’s economic justice and rights
END_OF_DOCUMENT_TOKEN_TO_BE_REPLACED