Press release: Heads of State, leaders and activists take bold action to accelerate gender equality and address the consequences of COVID-19 for women and girls 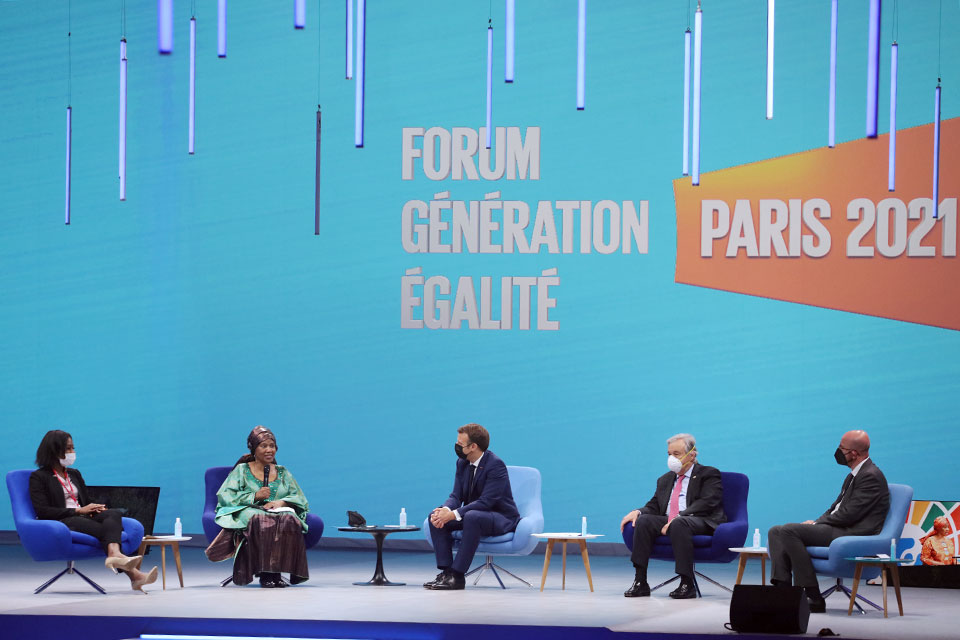 Paris, 30 June 2021— Heads of State and Government, heads of international organizations, activists from civil society and youth-led organizations, philanthropists and CEOs of private sector companies gathered today for the opening of the Generation Equality Forum held from 30 June to 2 July in Paris. The Forum launched a Global Acceleration Plan for Gender Equality, driven by six Action Coalitions, and launched a Compact on Women, Peace and Security and Humanitarian Action, with the aim to accelerate gender equality in the next five years and to face the growing risks to women’s rights caused by Covid-19. The Forum’s projected USD40 billion of new investments will represent the largest-ever collective infusion of resources into global gender equality.

🎬We are LIVE from the official Opening Ceremony for the #GenerationEquality Forum in Paris!

Tune in and join world leaders & activists as they launch concrete & ambitious actions for gender equality.

At the Opening Ceremony of the #GenerationEquality Forum Paris, ED @phumzileunwomen proudly announced a grand total of over 40 billion dollars dedicated to the cause of changing the world. Not just for women & girls, but for everyone.#ActForEqual pic.twitter.com/kcYoJKXrS7

The Forum showcases concrete commitments and has a sharp focus on implementation and financing for gender equality. During the opening event, major commitments were announced by the Heads of State and Government of France, the United States of America, Kenya, Argentina, Georgia, Finland, Canada, Germany, South Africa, the European Union and from international organizations and private sector. The commitments included:

President Macron, speaking live from Paris underscored his commitment to confronting the gender equality crisis, saying, “Through the Generation Equality Forum, France's objective is to state loud and clear that the rights of women and girls are universal, as are all human rights, everywhere, all the time. This model that France defends is not a negation of our differences. It is about reaffirming that no cultural or religious relativism, no regional or identity-based particularism, justifies that a woman cannot enjoy the same rights and the same opportunities as a man. Our method for achieving this result is concerted international action, what I have called multilateralism through action.” The French government committed USD100 million to improve access to contraceptives and family planning.

UN Secretary-General António Guterres, speaking live in Paris, welcomed the bold ambition of the Forum, saying that the Forum was a moment “to redress a global imbalance, with activists, policymakers, and leaders across all ages shaping our world into a more just and gender-equal society.”

From today, the world of gender equality is a changed space.

With extraordinary new potential for accelerated and catalytic action.

Also speaking live in Paris, Ms. Mlambo-Ngcuka, Executive Director of UN Women, noted: “This is a new chapter for gender equality. Those with a world view of radical impatience are converging to create big, well-resourced changes. Together we will revitalize the unfinished Beijing agenda, united by the conviction that we must take risks and do things differently.”

Over the following two days of the Forum, more financial, policy and programme commitments are expected from over 1,000 diverse commitment-makers. Additional philanthropy commitments are expected from the Co-Impact Fund, CIFF, Fondation Chanel, Global Green Grants, the Women’s Funding Network, and the Open Societies Foundation. Major private sector contributors will include P&G, Unilever, PayPal and Estée Lauder. A significant number of civil society and youth led commitments will be made; for example: GirlsForClimate will commit to establish over 100 local climate hubs in Uganda; Cameroon Digital Rights Campaign will announce advocacy and policy work to end the digital divide; and the Egyptian Feminist Union will commit to work on equal rights to divorce and guardianship of children for divorced women. Additional Member States announcing commitments will include Armenia, Burkina Faso, Chile, Costa Rica, Denmark, Germany, Iceland, Finland, North Macedonia, Malawi, the Maldives, the Kingdom of the Netherlands, Mexico, Rwanda, Spain, Sweden, Tunisia, the United Kingdom and Uruguay.

The Forum includes over 110 events designed to propel action on gender equality, including a youth-led stage. Sessions aligned with the Action Coalitions – the six most catalytic actions required to accelerate gender equality, including economic justice, gender-based violence, sexual and reproductive health and rights, impact of the climate emergency on women and girls, need for digital and technology inclusion, and support to feminist movements and leadership – are also a key component of the event agenda, as is the Compact on Women, Peace and Security and Humanitarian Action.

The Generation Equality Forum is the world’s opportunity to match the urgency of this moment and deliver for women and girls. #ActForEqual pic.twitter.com/08E5jkdChR

The world has never needed gender equality more. It’s up to us to demand it.#GenerationEquality #ActForEqualhttps://t.co/J29sFh5WtG pic.twitter.com/3QGlfSdT3f

The Forum in Paris marks the launch of a five-year journey designed to accelerate gender equality and a turning point in the international community’s commitment towards women’s rights. 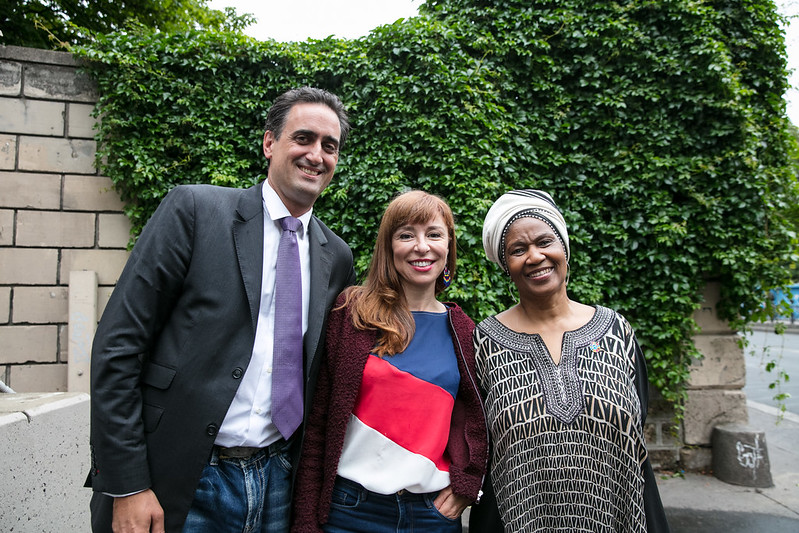