Overhauling outdated and discriminatory legislation is essential to ending violence against women and girls, and the women’s movement in Uganda has ensured an incredible leap forward was taken in 2021. 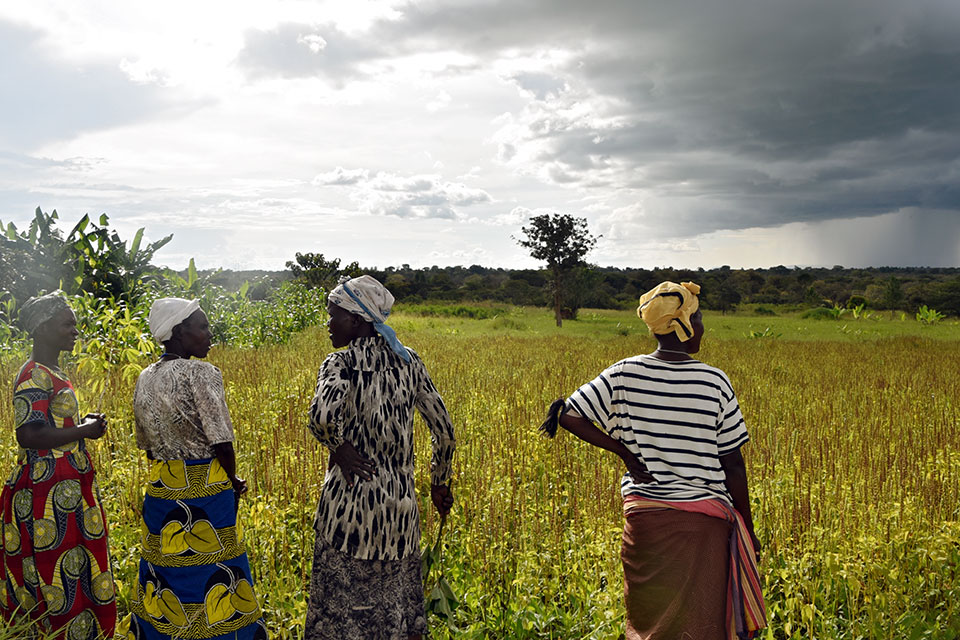 This year, after decades of lobbying and advocacy, the women’s movement in Uganda has reason to celebrate – they successfully ushered the passage of amendments to two outdated laws through Parliament.

In March, the passage of the Succession (Amendment) Bill addressed the historical discrimination faced by girls and women due to the law giving preference to the male child in cases of inheritance and land ownership. Without the possibility of income and land upon which to create a safe home, many women and girls were left vulnerable to violence.

“The original law had gaps – in Uganda, ownership of property was passed down through inheritance as a gift to male children and relatives,” explains Tina Musuya, Executive Director of the Center for Domestic Violence Prevention (CEDOVIP). “Many women and girls, who do not have money, could not buy land,” she adds. “Often, widows would be kicked out of the house by the family.”

“The new law addresses these gaps; children (boy or girl) are now recognized as entitled to the property. The bill will go a long way in taking care of dependents and protecting the rights of women,” says Musuya.

A few days later, in April, the Employment (Amendment) Bill was also passed, stating that all employers are now required to put in place measures to prevent sexual harassment in the workplace, and to prohibit abuse, harassment or violence against employees.

“This bill provides care for unpaid domestic workers. Their work is now recognized as formal; they are to be paid and protected from abuse, with mechanisms to report abuse,” notes Musuya. “This bill also provides protection for employees across the board, including the many women employed in small, informal businesses where they are prone to sexual abuse and exploitation.”

For nearly two decades, the women’s movement in Uganda has been drawing attention to the gaps in policy and legislation that hold back gender equality and women’s rights in the country. Recognizing the importance of the fight to change discriminatory legislation, UN Women, as part of the multi-year EU-UN Spotlight Initiative to Eliminate Violence Against Women and Girls, began providing resources and support to CEDOVIP and other women’s right organizations in 2019.

“As CEDOVIP is the Domestic Violence Act Coalition coordinator, it was important for us to participate in advocating for these bills,” says Musuya. “We were part of efforts to engage policymakers and lobby key stakeholders. The scope of violence against women is broad and just one law will not address it.”

The support provided by the Spotlight Initiative led to capacity building for women’s rights advocates and the media, and enabled meetings with Members of Parliament and training for Parliamentary Committees.

“It has not been an easy journey working on the Succession (Amendment) Bill,” said Mary Harriet Lamunu, the Executive Director of the Uganda Women Parliamentary Association (UWOPA), at the time of the bill’s passage. “I celebrate the passing of the bill because of the efforts we put in as technical persons guiding and supporting Members of Parliament to understand both the content and the benefits of having a gender-sensitive law.”

While the bills have now passed through Parliament, the next step is to have both signed by the President of Uganda. Once signed, the implementation work begins. The Spotlight Initiative will continue to support the women’s movement in their legal literacy activities to create public awareness of the laws, their lobbying of government to fund implementation, and their advocacy for institutional change within the justice, law and order sector to inform a survivor-centered approach to implementation.

“The passing of these bills was a result of hard work, persistence and collaboration,” celebrates Agripinner Nandhego, UN Women’s Uganda Women’s Political Participation and Leadership Specialist.

“Substantial work was carried out by civil society organizations, UWOPA, the inter-religious council, and individual activists. The support from the male MPs was also something to be applauded,” says Nandhego. “This joint advocacy success demonstrates what we can achieve in the policy and legislative arena with a strong women’s movement.”

Related News
06/02/2020
Take Five: From awareness-raising to action, how trained paralegals in Uganda are stopping FGM
26/11/2021
Working with traditional leaders to end violence against women in West Africa
09/08/2021
I am Generation Equality: Immaculate Akello, climate change activist and lawyer standing up for rural women
28/06/2021
Winners of the comic and cartoon competition, “Generation Equality: Picture It!”
20/05/2021
I am Generation Equality: Martha Clara Nakato, advocate for bodily autonomy and sexual and reproductive health rights in Uganda
END_OF_DOCUMENT_TOKEN_TO_BE_REPLACED