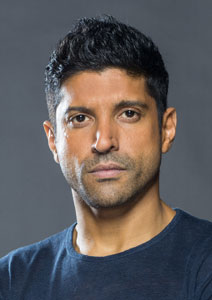 Actor-filmmaker-singer Farhan Akhtar was appointed Regional UN Women Ambassador for South Asia in November 2014. As the first man to take on this role, Farhan will serve as an advocate for UN Women’s HeForShe campaign, encouraging men and boys to be leaders in the gender equality movement, and commit to ending violence and discrimination against women.

Mr. Akhtar, a celebrated film-maker, actor and performer, has been an outspoken voice for women’s empowerment in India and the need to end gender inequality. The Men Against Rape and Discrimination (MARD) campaign, which he founded in 2013, has encouraged sensitization about violence against women, particularly among men.

“I am honoured to serve UN Women as the Goodwill Ambassador for South Asia,” said Mr. Akhtar. Through this new partnership I want to call on all men and boys to be a catalyst for change and, through our actions, create a value system to end gender disparity.”

Mr. Akhtar is an award-winning Indian film director, screenwriter, producer, actor, singer and television host from Mumbai. Raised in a family who has deep roots in the renowned Indian film industry, Mr. Akhtar has produced a number of films through his production company Excel Entertainment. He has won numerous awards for acting and filmmaking, including the prestigious Filmfare Award for Best Supporting Actor for his role in Zindagi Na Milegi Dobara in 2012, which he also produced and wrote.

In 2013, after the sexual assault and murder of a female lawyer who he worked with at his film company, Mr. Akhtar founded the social campaign Men Against Rape and Discrimination (MARD). The campaign has received a strong social media following and aims to change men’s attitudes about gender equality and violence against women. Mr. Akhtar has also used his music to reach out to young people, performing with his band ‘Farhan Live’ at a series of college music festivals, and has worked with the NGO Magic Bus, which provides education and mentorship to youth in India, addressing gender-based violence and gender inequality.