Commission on the Status of Women 2013

Taking place at United Nations Headquarters in New York from 4 to 15 March 2013, the 57th session of the Commission on the Status of Women (CSW57) has the “Elimination and prevention of all forms of violence against women and girls” as its priority theme. It will focus on two key areas: prevention of violence and the provision of support services/responses to survivors of violence.

It is estimated that up to seven in ten women globally will be beaten, raped, abused, or mutilated in their lifetimes – and most of this violence takes place in intimate relationships.

Violence against women and girls is a gross human rights violation that fractures families and communities and hampers development. It has enormous social, economic and productivity costs for individuals, families, communities and societies.

It costs countries billions of dollars every year in extra health care costs and lost productivity. While such costs are profound, they are not well calculated because there is an absence of data globally. In the United States, however, intimate partner violence is estimated to cost some USD 5.8 billion a year and 1.78 per cent of GDP in Viet Nam. 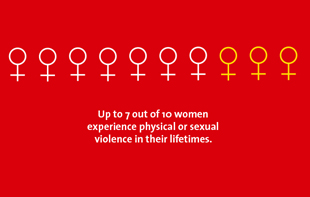 Much progress has happened over the last few decades. Today, there are international agreements and treaties specifically aimed at giving women and girls the respect, dignity, choices and freedom that every human being should enjoy. Important steps have been taken globally and regionally to end violence against women. More than 125 countries have specific laws that penalize domestic violence.

Still, 603 million women live in countries where it is not considered a crime. Much more needs to be done. 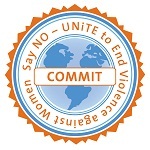 It is possible to end this pandemic through determined leadership for prevention, protection and provision of services for survivors, awareness raising and attitudinal change, as outlined in the 16 Step Policy Agenda. Political will is critical and in November 2012, UN Women launched “COMMIT,” a global initiative which calls on leaders worldwide to fulfill their promise and take a stand to end violence against women and girls. Already 48 Governments have joined, making concrete national commitments, and more are expected to do so during CSW.

Held annually, CSW sessions bring together thousands of Government officials and representatives of the UN, civil society, media and the private sector. They meet to review progress, share experiences and good practices, analyse gaps and challenges and agree on priority actions to accelerate the implementation of the Beijing Platform for Action and the achievement of gender equality.

Every girl and woman should be able to live safely and free of violence. Violence against women must never be accepted, never excused, never tolerated.

See our 2012 timeline of milestones for ending violence against women: