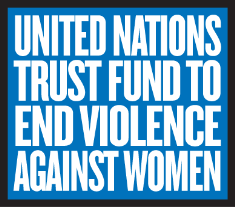 United Nations, New York — The United Nations Trust Fund to End Violence against Women (UN Trust Fund) today kicked off its 16th year announcing more than US$8 million in grants to 12 local initiatives in 18 countries. In ten countries, funds will be used to address violence against women in conflict, post conflict and transitional settings, including Libya for the first time.

Also for the first time, the Fund received significant support this year from countries in Africa, Latin America and the Arab States region, a testament to the growing mobilization to address violence against women globally. Today up to seven in ten women are targeted for physical and or sexual violence in their lifetime and 603 million women live in countries where domestic violence is still not considered a crime.

With these grants, the UN Trust Fund has supported 351 programmes in 128 countries and territories with more than US$86 million disbursed, since it was established by the UN General Assembly in 1996. However, increased funding for the UN Trust Fund is urgently needed for life-saving programmes in countries around the world. This year alone, the UN Trust Fund received 2,210 applications from 121 countries and was able to fund only one percent of them. In monetary terms, proposals for funding amounted to US$1.1 billion, but only US$ 8.2 million could be awarded - less than 1 percent of the total demand.

“The UN Trust Fund shows what works to prevent violence against women, to end impunity and to provide services and support to survivors, said Michelle Bachelet, Executive Director of UN Women. “I appeal to governments, business and foundations to support the work of this fund and make a strong contribution to ending violence against women and girls.

This year's announcement marks the 16th annual grant-making cycle of the UN Trust Fund. The new grantees will spearhead pioneering approaches worldwide aimed at transforming the lives of women and girls:

Administered by the UN Entity for Gender Equality and the Empowerment of Women (UN Women) on behalf of the UN System, the UN Trust Fund is the only multilateral grant-making mechanism exclusively dedicated to ending all forms of violence against women and girls.

More on the work of the UN Trust Fund: https://www.unwomen.org/how-we-work/un-trust-fund/news-and-stories/

Related News
In India, women boycott weddings with child brides
From where I stand: “I saved a life”
From where I stand: “I feel good about the change that I have been able to bring”
On the front lines of COVID-19, women’s organizations provide vital services as first responders as violence against women spikes
Michelle Bachelet Statement at 2012 First Regular Session of UN Women Executive Board
END_OF_DOCUMENT_TOKEN_TO_BE_REPLACED