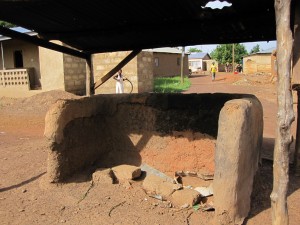 “Now we don't need to go into the bush to cut down trees, which we have to dry for days before using for baking, says Edith Anumah, a rural woman from the Volta region of Ghana. “The gas provides us with very fast heat for baking a lot more bread than the firewood, and we don't have to battle with smoke anymore.

As climate change makes the land increasingly arid in Ghana's northern and coastal savannahs, food insecurity is worsening. An estimated 35 per cent of the land mass in Ghana is prone to desertification, with the desert increasing by 20,000 hectares a year. Yet 70 per cent of the population depends directly or indirectly on agriculture. The severe impact is being felt by the communities, with the brunt of it by the women responsible for the household cooking.

UN Women's Fund for Gender Equality is supporting two Ghanaian non-governmental organizations, ABANTU for Development, and the coalition for Gender Action on Climate Change for Equality and Sustainability (GACCES), in implementing projects to address the adverse impact of climate change in the northern and coastal areas. The Fund aims to advance women's economic and political empowerment through high-impact, multi-year grants of up to USD 1 million.

The two grantees provide green equipment to women to limit the use of trees, and also improve the health and cooking conditions for the women.

Edith Anumah is one of fifteen women who have received modern cook stoves fuelled by Liquefied Petroleum Gas (LPG) as part of the Shamma Improved Bakery Project, implemented by ABANTU in the Volta region of Ghana. LPG is a sustainable source of energy, and as users like Edith affirm, “the gas is not only cleaner but also cheaper, and better for the environment.

Along with the green cook stoves, the two organizations have conducted trainings on cleaner cooking for women in Legsege, Nandom Town and Nandom Down Below, in the Upper West region of Ghana.

Beatrice Akanpaka is president of the women's group in Legsege village, also supported by ABANTU. Although the group's twenty members were initially skeptical about the project, their involvement at all stages of the design process has facilitated ownership and wide usage of the gas stoves and also enhanced their income. 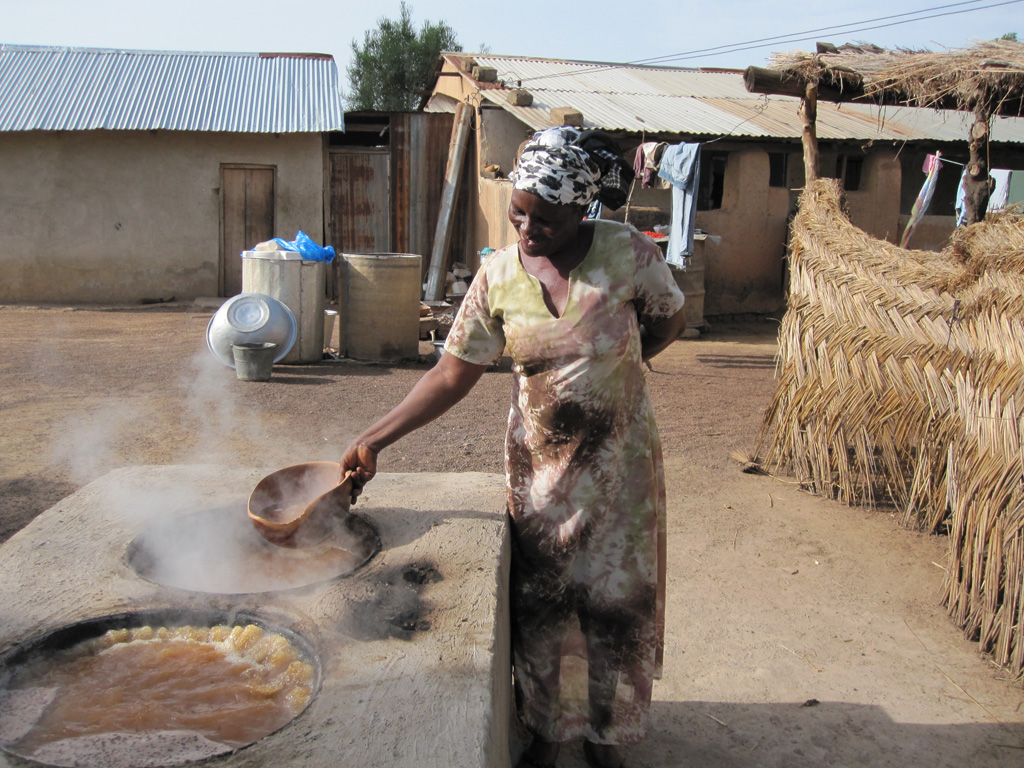 “Pito is an alcoholic beverage prepared locally by women to generate income. Akanpaka believes that access to the green stove has also reduced the cost of production and improved the profit margin of her small business. The health benefits are also apparent to her: prior to using the new stoves she would visit the hospital much more frequently to treat high blood pressure.

“Due to the improved cook stoves, I have not been admitted to the hospital for blood pressure for a long time, she affirmed. “People keep asking me for my secret!

According to the Global Alliance for Clean Cookstoves, exposure to smoke from traditional cook stoves and open fires causes two million premature deaths annually, with women and young children the most affected. Cook stove smoke contributes to a range of chronic illnesses and adverse health effects, such as early childhood pneumonia, emphysema, lung cancer, etc. The World Health Organization has reported that harmful cook stove smoke is among the top five threats to public health in low-income countries.