Q&A with Hanan Abdalla, director of a new film that explores the lives of Egyptian women since the Arab Spring 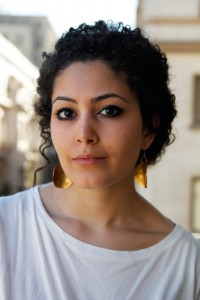 This week, “In the Shadow of a Man, a film commissioned by UN Women, is taking the compelling stories of four Egyptian women to the Istanbul Film Festival, as part of a string of international screenings. The documentary premiered at the Berlin International Film Festival earlier this year, and will be followed soon with a second film by the director on women candidates in Egypt's 2011-2012 parliamentary elections. In an interview with UN Women, young British-Egyptian director Hanan Abdalla weighs in on the issues the film addresses, and its relevance as the women's movement gathers momentum in the country.

What drew you to the subject of women's needs in the aftermath of the Eyptian revolution?
I've always known that there is a wealth of stories waiting to be told by women in Egypt. But, the truth is that after the revolution I had mixed feelings about making a film that focused on women: I felt that it was a subject matter that was being fetishized. What made me carry on despite my concerns was an overwhelming feeling, or perhaps duty, to make a film that would open up discussion about how gender is constructed in Egypt, and the uncomfortable truth of how this defines the parameters of the freedom that women have.

What kind of impact would you like the film to have?
One of the most important things that I feel is said in the film, is by Shahinda: “A woman cannot be independent in a country that is not independent… she cannot be free in a country that is enslaved. You can't limit women's demands based on their gender… You can't separate women's demands from the reality of society itself.

I hope that from watching this documentary, people will start to reappraise the relationship between women's emancipation and the emancipation of society as a whole; that women's demands are intrinsically linked to the wider socio-economic problems that the country is facing. I hope that it will start to open up questions for both men and women about the way in which traditions are engendered, and how we should resist them when they limit us.

How did your own views and ideas change over the course of the production?
I set out thinking that perhaps most women are unaware of the way their social roles are engendered, and that they don't see their freedom as limited compared to men. If they did, then why wouldn't they speak out against it? But through the intimate stories they told me, it became clear that an awareness of these limits exists, and, more importantly, that they challenge these limits in the choices that they make.

Do you think that timing was important to the film?
The hope in making this documentary was to create an opportunity for discussion in a time of change, so that we can reappraise the question of women and gender in Egypt. What has struck me is how ever-relevant this documentary has become. In particular, some of the archive footage in the 1970s and 1980s is still poignantly resonant. Where Shahinda cries out “the martyr's blood is not a sacrifice, and asks “was our dream for social justice for people wrong?, it reminds us that our fight has been and is still ongoing. In these last few months there has been particular violence towards women from the army and police, which has in turn seen the renaissance of a women's movement in Egypt. I feel that the messages that the four women of In the Shadow of a Man give us will perhaps have even more of an impact now, and will continue to provide hope for women's empowerment and emancipation throughout Egypt.

How has the film been received?
So far all the screenings have had great responses from the audience: they often tell me that they learnt something new, or that they started to look differently at the way gender is framed in Egypt. In a screening in Aswan in Upper Egypt, one woman was particularly touched by the story of abuse that one of the characters talks about. She came up at the end, saying that she felt relieved to know that other women had faced the same experience, and that she felt less ashamed seeing someone brave enough to talk about it openly.

In addition to this, the film was selected for the Berlin International Film Festival (one of the three A-list film festivals in the world), and enjoyed its premier there. It was an overwhelming experience and such an honour. Many other festivals have shown interest in screening the film and I'm excited to see where it will go next.

How did this project lead to your next film with UN Women, currently in production?
UN Women's Egypt office suggested a premise for the next film, one that would follow women candidates running in the first parliamentary elections after the fall of Mubarak. I thought it would give an opportunity to question Egypt's patriarchal system, and the relationship between female political participation and how it can affect change. I have been co-directing this project with Cressida Trew, and we are currently in the process of editing four months' worth of footage. Following the unpredictable events that have taken place since last October, including the genesis of a new women's movement in Egypt, has been exhilarating and hopeful.

Related News
11/08/2011
Egypt’s Youth Revolution: Building a New Future
18/04/2018
Statement: UN Women in Egypt congratulates the National Council for Women on the approval of the new law regulating the council
24/03/2016
What if we switched roles? new social experiment raises awareness of gender stereotypes in the Arab region
31/03/2015
Give mom back her name: #MyMothersNameIs
05/11/2014
Arab and European parliamentarians to meet at ‘Spring Forward for Women’ Conference
END_OF_DOCUMENT_TOKEN_TO_BE_REPLACED