25 January 2011 was a day like no other for 26-year-old Egyptian women's activist Sally Zohney. Through a youth-led campaign on Facebook, she received a message to protest against poverty, unemployment and corruption. As a successful, educated middle-class woman, Zohney says her parents did not understand why she had to go. But she could not turn her back on the issues. Zohney snuck out of her home in the direction of Cairo's Tahrir Square, where she was met with thousands of others demanding a new Egypt. 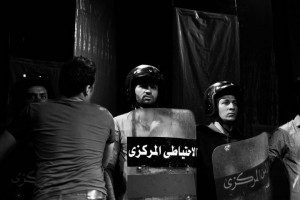 A re-enactment of a scene from Cairo's Tahrir Square, where days of protest toppled Egypt's 30-year regime. (Photo: Tahrir Monologues)

“Being in the square was a 24-hour adrenaline rush, a place of utopia that I cannot put into words", describes Zohney, who says there was no turning back.

Those 24 hours turned into 18 days of protests that would eventually topple the country's 30-year regime under Hosni Mubarak. Some call the defining moment Egypt's “Berlin Wall, others the “Social Media Revolution for its use of Facebook and Twitter to mobilize crowds. To Zohney, like many of her generation, it was a “Youth Revolution.

“It was the first time for so many of us, the young generation, to take to the streets and see how large our numbers are, says Zohney, who today is a Youth Specialist at UN Women. Well before the protests, youth were already speaking out and mobilizing through Facebook groups, such as “We are all Khaled Said, to protest against corruption and police brutality. What is more, she says, was the sheer strength and determination of all around her, particularly women, who dispelled the image of women wearing “burkas to the world. Instead, they were “chanting, leading protests, organizing meetings late at night.

“Now activism allows diversity, adds Zohney. She explains that before the revolution, women's movements were led by older generations, mainly upper-class women from non-governmental organizations (NGOs) and established institutions. Since the uprising, she sees a younger crowd, including young women from different educational and social backgrounds, shaping the dialogue for Egypt's shared vision.

“Tahrir Square awakened a spirit in me. I had a lot of time to realize my passions, to be the person that I really am.

Zohney believes it is essential for youth to continue the momentum, especially in realizing the women's rights in her country — a challenge with numerous obstacles from the national to the social levels.

In response, youth activists have already taken action in a number of ways. In June, for instance, a group of women's rights advocates, including Zohney, launched a one-day blogging and tweeting campaign (#EndSH) against sexual harassment in Egypt, which resulted in 12,000 tweets and 150 blog posts. The one-day event also grabbed the attention of high-profile figures, such as Mohamed Elbaradei and Amr Moussa, as they tweeted about the subject using its agreed upon hashtag #EndSH. 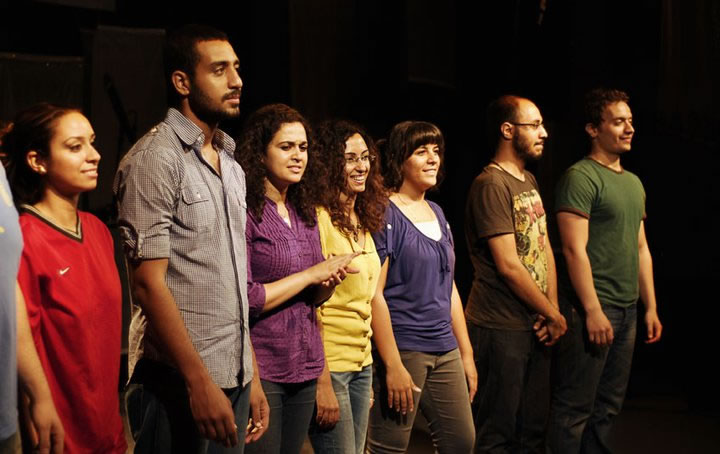 Another project Zohney says she and youth are heavily involved is the Tahrir Monologues. Run by an independent group of volunteers with a background in storytelling, art and theatre direction, the Tahrir Monologues “relive the 18 days of protests by recounting the real stories and experiences of Egyptians, such as street vendors and police officers, families and young revolutionaries through live performance.

UN Women is supporting a number of youth initiatives, too. A group of Cairo youth, for instance, launched an educational and awareness-raising initiative, “Start with Yourself, to promote positive behavioural attitudes for wide-ranging issues. One thousand members-strong, the initiative is backed through strategy development and training by UN Women. Sexual harassment is one of the issues covered, and has been linked to UN Women's Safe Cities, a multi-city initiative to make streets safer for women.

Currently, UN Women is also building on a two-year-old training module, “Culture of Peace Values — which teaches respect, tolerance, teamwork, self-esteem, crisis management and mediation — to include a component to provide young women with leadership and communications skills. Even before the uprising, UN Women has been working since 2009 with Egyptian universities to promote UN Security Council resolution 1325 on women, peace and security through their Model UN programme.

These initiatives are just a few of many youth are involved in and should be part of to keep the shared vision for a democratic Egypt alive.

“The revolution is far from over, says Zohney, adding that building new institutions takes time. “Our generation has to take that responsibility very seriously. Protesting is the easy part; dealing with social, political, educational and economic demands is the hard one.

The presidential elections tentatively set for late 2011 are no exception, she says. During this time, youth 18 years of age — Egypt's voting age — and up have the opportunity to take to the polling booths, take part in campaigning, help out in political parties and document events as journalists.

“It doesn't matter what you are doing, as long as you are contributing by any means … and adding to the revolution, says Zohney, recalling part of a shared vision from the Tahrir Monologues.

She adds, “Activism is not an option if you are passionate about a cause.

Related News
31/03/2015
Give mom back her name: #MyMothersNameIs
09/04/2012
Q&A with Hanan Abdalla, director of a new film that explores the lives of Egyptian women since the Arab Spring
18/04/2018
Statement: UN Women in Egypt congratulates the National Council for Women on the approval of the new law regulating the council
24/03/2016
What if we switched roles? new social experiment raises awareness of gender stereotypes in the Arab region
05/11/2014
Arab and European parliamentarians to meet at ‘Spring Forward for Women’ Conference
END_OF_DOCUMENT_TOKEN_TO_BE_REPLACED