South-south cooperation: The Deputy Mayor of Kigali on her visit to Quito

Hope Tumukunde, Deputy Mayor of Kigali, is visiting Quito from 28 October-2 November to share experiences from the Kigali City Initiative that forms part of the “Safe Cities Free of Violence Against Women and Girls” Global Programme, launched by UN Women and other partners in 2010 in five pilot cities, including Quito and Kigali. Ms. Tumukunde spoke to us prior to her visit to Quito. 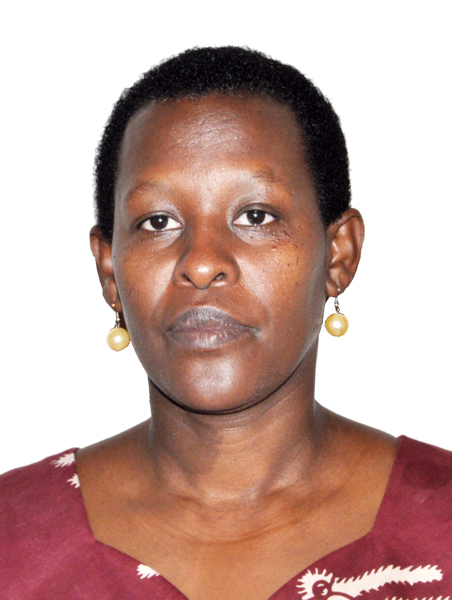 Deputy Mayor of Kigali Hope Tumukunde. Photo courtesy of the City of Kigali

1. Kigali launched its Safe City Programme, as part of UN Women’s Safe Cities Free of Violence against Women and Girls Global Programme in June 2011. Describe some of your initial steps in programming for impact.

We had no local data on sexual harassment and other forms of sexual violence in public spaces--a challenge that many cities across the world face. A scoping study was conducted as the first step to inform the design of the Kigali Safe City programme. At this time, most people, including women and girls, did not have a clear understanding of the problem of sexual harassment in public spaces--yet it was a problem women and girls faced unknowingly on a daily basis.

The study helped to increase understanding about this issue and its impact on the lives of women and girls. It helped to identify the area of the city in which to intervene and who to involve in developing and implementing the programme. The discussion of the study’s findings engaged women, girls, government departments and civil society organizations, who shared their insights in these processes.

Also, the study and the programme design workshops really helped to create a dialogue, as grass-roots women organizations, schools, women and girls, and men and boys began to talk about the issue of sexual harassment and violence occurring in unlit areas, and other issues such as poor environmental design of our neighbourhoods, and the culture of silence in reporting sexual violence. The Kigali safe city baseline study, conducted after the programme design was complete, reveals that people, more than ever before at a city-level, understand the concept of sexual harassment in public spaces.

2. What would you like to learn from the Quito Safe City Programme during your exchange visit?

The cities of Kigali and Quito were chosen for this Learning and Exchange Visit because of the similar socioeconomic characteristics of the population in the intervention areas, as well as comparable scale and focus of the safe city interventions.

Of particular interest for Kigali City is exchange on the policy components of safe city programming, in the view that the local government is preparing to embark on new legislation to address sexual harassment and other forms of sexual violence in public spaces.

The city of Kigali would benefit from learning about the Quito experience, in which the Municipal Council adopted a new pioneering legislation in March of 2012 – an Amendment to the City Ordinance focusing on sexual harassment in public spaces. We are interested in learning how the city now plans to implement this policy as part of Quito’s comprehensive safe city programme.

3. What are some successes and challenges of the Kigali Safe City Programme that you would like to share with Quito?

Kigali city will share with Quito stakeholders its early achievements and challenges. In particular, Kigali will share its plans to develop opportunities for women’s economic empowerment, such as through the establishment of mini-markets which would replace currently informal and unsafe work spaces of women street vendors.

While Rwanda has extensive progressive gender equality legislation, there are still gaps at the local level, including in Kigali city in the knowledge base on comprehensive effective strategies to prevent and reduce violence against women and girls. The city of Quito has already developed a number of good practices and is also one of the cities in Latin America to adopt in its Constitution the Right to the City –and as such, there are many important insights to be shared during the exchange visit.

The learning and exchange visit will focus on: what worked well – from quick wins to the medium- and longer-term achievements of Safe City programming; what may have worked less well; and what makes policy change possible. Finally, we will look at how urban planning can be addressed to develop a safe urban environment through, for example, the provision of proper lighting, landscaping and cleanliness in targeted intervention sites, and through social planning of neighbourhoods that responds to the needs of women and girls and men and boys.

*This interview has been edited and condensed for length

Related News
28/10/2013
In cities, efforts to make public spaces safer for women and girls
09/04/2015
Quito: a city committed to preventing sexual harassment in public spaces
19/11/2013
From Kigali to Quito, a journey towards safer cities
07/03/2013
Speech by Michelle Bachelet : Reclaiming Public Spaces for the Empowerment of Women and Girls
03/04/2017
UN Women and the Government of Mexico City launch the campaign #NoEsDeHombres to tackle sexual harassment in public transport
END_OF_DOCUMENT_TOKEN_TO_BE_REPLACED