In cities, efforts to make public spaces safer for women and girls

On 25 October, cities around the world celebrated Orange Day to raise awareness and promote action to prevent gender-based violence, especially sexual harassment and other forms of sexual violence. 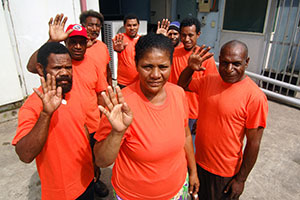 Orange Day was initiated in July 2012 by the Secretary-General’s UNiTE Campaign to End Violence against Women as a monthly moment for worldwide activities by UN country offices and civil society organizations to highlight preventing and ending violence against women and girls, not only once a year, on 25 November (International Day for the Elimination of Violence against Women). Activities on the 25th of every month focus on a specific theme. This month, Orange Day highlighted addressing sexual violence in cities’ public spaces.

It is the first-ever global comparative effort aimed at developing and testing model approaches to preventing sexual harassment and other forms of sexual violence.

In 2013, cities from developed countries, led by Dublin (Ireland) began joining the Global Initiative to share their experiences and strengthen or expand their programming to prevent violence against women and girls in public spaces.

As part of 25 October commemorations, Port Moresby, Papua New Guinea launched a song competition for musicians to raise awareness and advocate against all forms of violence against women.

“We are looking for lyrics that tell the story of Safe Cities and to make our public spaces safe for women, girls and for everyone,” said Alethia Jimenez, Team Leader of the Safe Cities Programme in Port Moresby which focuses on the safety of the city markets.

As a result of the project launched two years ago, Gerehu market received a women-friendly makeover, a specialized police unit provides a permanent presence in Gordon’s market and a mobile banking system has been established to allow market vendors to pay fees online, thus reducing cash flow and the risk of robbery.

To mark Orange Day in Kigali, Rwanda, men and women joined UN Women, the City of Kigali municipal leaders and civil society organizations to march together for four kilometers in support of the theme: I make my City Kigali safe for women and girls in public spaces. Passersby in cars and on motorbikes stopped to read the banners while children in the street jostled to get flags. People came out of their homes, shops, and offices to watch and many joined in, dancing and chanting. 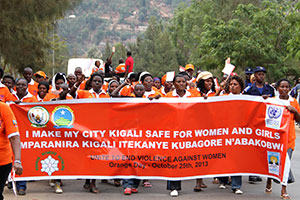 “Men are coming here today to support women and to show that they are not happy with violence, wherever it takes place,” said a male leader from the Kimisagara district, one of the municipalities where comprehensive measures to improve safety and security are being piloted.

In Cairo, the Safe Cities Programme and the Ministry of the Interior reached a  landmark agreement to develop a training curriculum for the Egyptian Police Academy to improve the provision of services to victims and survivors of gender-based violence –to be piloted in 2014. Celebrations also featured a theatrical performance on ending violence against women, which was entirely  developed by youth volunteers of the Safe City Programme. Theatre is also being used in an ongoing public awareness campaign on Cairo’s public transit system.

New Delhi also gave visibility to ongoing efforts, such as its community safety audits as well as public information campaigns and surveys on safety in public spaces. In addition, a workshop on using Information and Communication Technologies was held, with participation from government, police, civil society, the private sector donors, men and boys groups, youth groups and experts. The Deputy Commissioner of Police, Special Police Unit for Women and Children, Ms. Suman Nalwa, spoke about the increased willingness and sensitivity of the Delhi police to promptly deal with cases of violence against women. The developers of three safety applications – Microsoft’s Guardian, Safetipin and Harassmap-Mumbai – also demonstrated their applications and took questions from the audience.

Cities like New Delhi, Marrakesh and Rio de Janeiro have been working with private companies to find ways to better use mobile technology to map out services for survivors and to document safety risks, ranging from faulty infrastructure to dark footpaths. 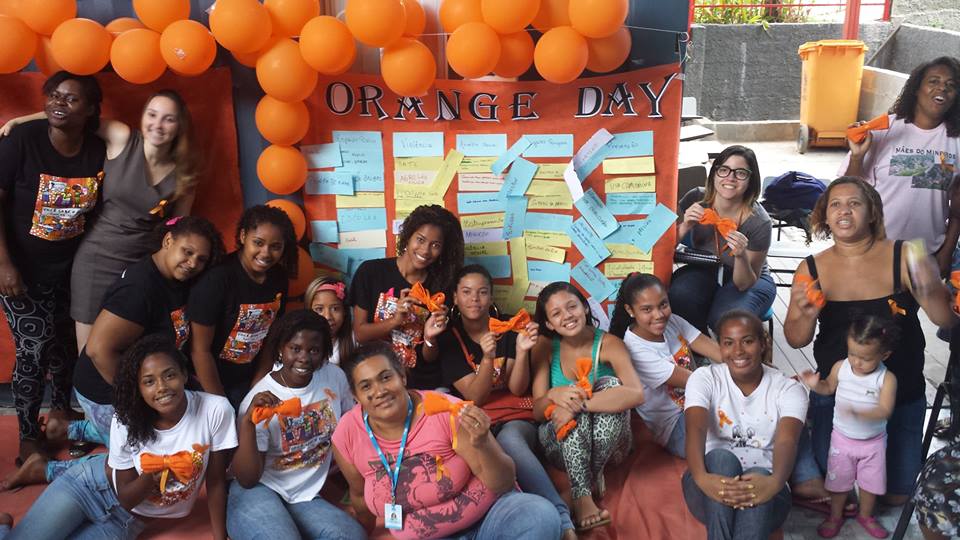 In the Complexo do Alemão favela in Rio de Janeiro, Brazil, young women and men celebrated Orange Day through discussions on the root causes of gender-based violence and collective assumptions and behaviours that limit women’s right to enjoy the opportunities that cities offer.

“When women walk around and men tell them ‘hey you beautiful’, this is harassment,” explained Rhayane, one of the participants of the roda da conversa (roundtable discussion). Participants recognized barriers women face today to prevent sexual harassment on the streets. Women and girls have to take special measures such as not going out alone after dark, always walking in groups and changing their routs to avoid unsafe areas. This considerably affects women’s freedom of movement and the right to enjoy the city equally with men.

In Tegucigalpa, Honduras, the UN country team and the Municipality of Tegucigalpa marked Orange Day by advocating for Safe Cities on Recreovías por la paz (paths for peace), a municipal initiative aimed at opening main avenues to pedestrians for artistic performances and community events.

Meanwhile, in Quito, Ecuador, the Municipality was busy preparing for a strategic visit this week: Hope Tumukunde, the Deputy Mayor of Kigali, and Ben Kabera, a coordinator of the Safe City Kigali Programme, will travel to Quito to share their experiences of the Safe Cities work and to learn about pioneering legislation adopted in Quito in March 2012 focused on sexual harassment in public spaces, an area of legislation that Kigali is also developing.

Related News
07/03/2013
Speech by Michelle Bachelet : Reclaiming Public Spaces for the Empowerment of Women and Girls
09/04/2015
Quito: a city committed to preventing sexual harassment in public spaces
11/12/2014
Around the world, women and men of all ages “orange their hoods” to end violence
19/12/2013
Joining forces with Zonta International to end violence against women
19/11/2013
From Kigali to Quito, a journey towards safer cities
END_OF_DOCUMENT_TOKEN_TO_BE_REPLACED