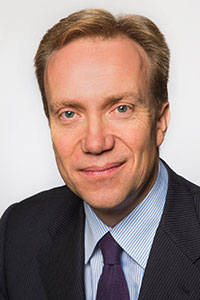 The Government of Norway has always been among the top donors to UN Women’s core funding, contributing USD 16.24 million in 2013; representing the organization’s top donor in 2012, with a 14.83 million contribution; and leading by example with a USD 14.68 million contribution in 2011. After general elections in September 2013, Norway’s Government changed from a labour- centre-left coalition to a coalition of the Conservative Party and the Progress Party. In an interview, Norway’s new Minister for Foreign Affairs, Børge Brende, refers to his country’s continuous financial commitment calling UN Women an important partner that is on the right track and has been delivering.

How important will gender equality and women’s empowerment be for your Government’s multilateral aid policy?

Women´s rights and gender equality are integral to all aspects of Norway´s foreign and development policy. We have 600 days left to implement the MDGs and we are determined to make a final push to close the gaps. There is both an unfinished agenda and a missing agenda in the MDGs. Women´s rights and gender equality are among our focal points in dialogues on the post-2015 development framework.

I believe girls’ education is the single-most powerful investment for development. When you educate a girl, you educate a nation. My Government has put girls’ education as the foremost priority for our development cooperation. More girls are in school today than ever before. However, the agenda of girls’ education remains unfinished. We believe the international community must focus on young women especially. Getting girls into school – and making sure they stay there and learn – demands concerted action and political leadership.

Since the creation of UN Women, Norway has led the way as one of the top donors to the organization’s core funding. Why is UN Women a good fit for channeling Norway’s development assistance?

Norway actively supported the establishment of UN Women and has been a strong supporter since. UN Women is uniquely positioned to promote gender equality across the entire UN system. It differs from some of the strongly branded UN development agencies in its normative approach. If we are serious about changing the game and the rules, we have to be willing to invest for the long term.

In 2013, more countries became double-digit donors to UN Women. What message would you like to send to other donor countries that are considering how best to channel their development dollars?

Norway has been a double-digit donor from the outset, and we are pleased to see more countries following suit. We have been stressing the need for more core funding, as opposed to short-term project funding. This would support UN Women´s planning and reporting capabilities in all parts of the organization.

What should we expect in terms of Norway’s financial contribution to UN Women under the new Government?

Norway is a reliable donor. At the same time, this Government has been forthright about being a constructive and at the same time demanding donor to the UN system. We will put great emphasis on the performance of UN agencies. In my view, UN Women is on the right track and it has been delivering. UN Women is and will continue to be a very important partner for us.