In 10 of the most climate-vulnerable districts of Bangladesh, more than 19,100 women have built better systems of support and preparation for disasters, while livelihood skills training has enabled more than 1,600 women to expand their businesses. 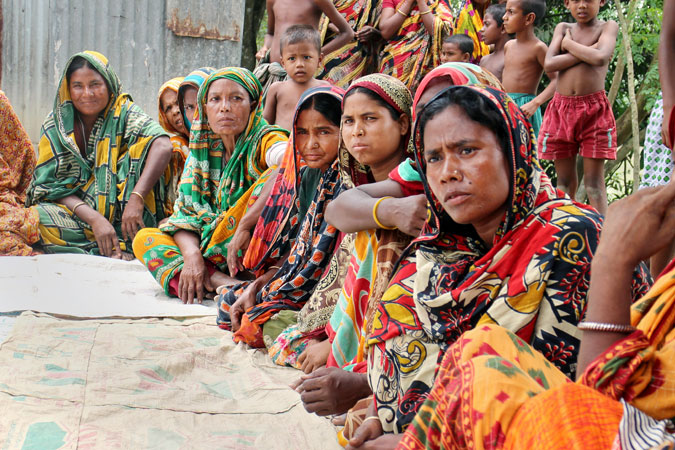 Women in Bangladesh are the first to face the impact of climate change, and prevalent gender inequalities in the Asia-Pacific region limit their ability to respond and adapt to disasters. UN Women/Amy Reggers

Rajena Boiragi wakes up at six in the morning to collect crab and shrimp in her family fishing pond, usually spending around five hours a day in muddy waters gathering what she can to sell at the local market. The 55-year-old lives with her son, Heatler and her daughter, Indira, in the village of Holdibunia, located in the Mongla upazila (district) of Bagerhat, in south-western Bangladesh.

“The pond is in my backyard so I don’t have to walk long and my son works with me, so together we get whatever we can, faster than if I was doing it on my own,” says Ms. Boiragi. 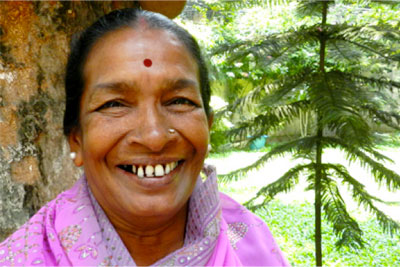 In May 2009, she lost all her fish when cyclone Aila hit the country. At the time 179 people died and more than 2.6 million were affected. In the south-west coastal belt, Aila left an estimated 500,000 people homeless, including Ms. Boiragi, who took shelter in a primary school. “I lost everything: my house and the pond were washed away along with roads and people’s belongings,” she remembers.

According to a joint UNDP publication, the number of people displaced from their lands due to riverbank erosion, permanent inundation and sea level rise are increasing rapidly every year. Projections indicate  Bangladesh, already one of the countries most vulnerable to climate change, will likely face more frequent, larger-scale and intensified floods, cyclones and droughts.

“Women in Bangladesh are actually the first to face the impact of climate change,” says Dilruba Haider, Programme Coordinator, Gender and Climate Change for UN Women. “We are working on providing them with skills training on alternative and sustainable livelihoods and providing them grants so they can try to change their lives, for themselves and their families, and thereby build and increase their resilience.” 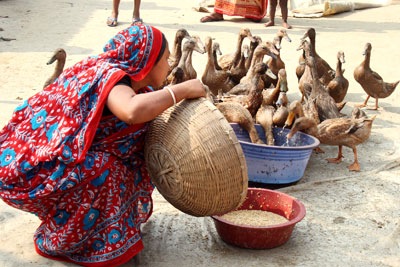 the non-governmental organization BRAC, in association with UN Women and with support from the Norwegian Embassy in Dhaka, started a project to reduce the vulnerability of women affected by climate change by increasing their options for earning a living. Photo: BRAC

In 2012, the non-governmental organization BRAC, in association with UN Women and with support from the Norwegian Embassy in Dhaka, started a project to reduce the vulnerability of women affected by climate change by increasing their options for earning a living. It has provided livelihood skills training in rice processing, crab farming, fish-net weaving, etc., and workshops on what measures to take when disaster strikes.

With such support, Ms. Boiragi managed to rebuild her house and fish pond, and has doubled her previous income. She is now thinking of investing in poultry and helping her daughter, Indira, set up her own textile printing business.

As a group leader, she encourages other women to invest in their capacities as well. “The women who lost their husbands in 2009 are now succeeding and moving forward. They learned to overcome the challenges presented in their lives thanks to the investment made in us.”

In the 10 most disaster- and climate-vulnerable districts of Bangladesh, more than 1,600 women like Ms. Boiragi have already generated enough income and profits to expand their small businesses. Across the country, UN Women has also helped more than 19,100 women build better systems of support and preparation. 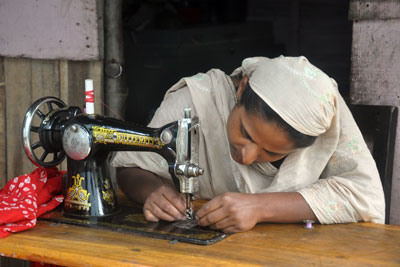 UN Women and its partners are working to provide women with skills training on alternative and sustainable livelihoods, as well as grants to help them change their lives and thereby build and increase their resilience. Photo: Nasif Ahmed.

The project has also generated key research on best practices, women’s livelihood needs, the role of Union Disaster Management Committees, and the impact of climate-induced migration on women. Findings from the research were used in a government background paper for the country’s latest Five-Year development plan and the Draft National Plan for Disaster Management.

The national women's development policy, Climate Change Strategy and Action Plan, and other key government policies in Bangladesh acknowledge the importance of integrating women in disaster risk-reduction and climate change adaptation. However, a UN Women analysis of such strategies found that damage to women’s sources of income, a critical factor for their resilience, is not specifically addressed.

“It is crucial that we take into account the consequences of climate change for women and girls while the climate change plan and programme are not adequately addressing their needs,” said UN Women Country Representative Christine Hunter.

In May, Ms. Boiragi travelled to the country’s capital, to speak about her experiences at a high-level meeting on south-south cooperation in the post-2015 development agenda. Her message to the participants, including ministers and advisers, was simple: “I am happy now because I had the chance to rebuild my life by getting the right support at the right time and by learning how to be strong and resilient. More women need, and can benefit from, such initiatives and improve their lives.”

Climate-induced migration: Voices from the Frontline

Related News
07/11/2017
In the words of Varanisese Maisamoa: “We want to empower our market vendors to be climate resilient”
07/10/2021
From where I stand: Learning sessions gave me the courage to aim for a career as a police officer and end illegal behaviour against women
11/10/2019
Growing women’s entrepreneurship in Bangladesh
13/09/2019
Editorial spotlight: Climate action with women
28/09/2018
Press release: Fondation CHANEL and UN Women partner to accelerate women’s economic empowerment and counter climate change
END_OF_DOCUMENT_TOKEN_TO_BE_REPLACED