Forty-year-old Parveen Akhter is the founder and Managing Director of Glamour Boutique House and Training Centre, the only small factory run by a woman in Jessore, a small town in the southwestern region of Bangladesh. The 4,000 square feet-factory produces textile and clothing and employs 52 women. 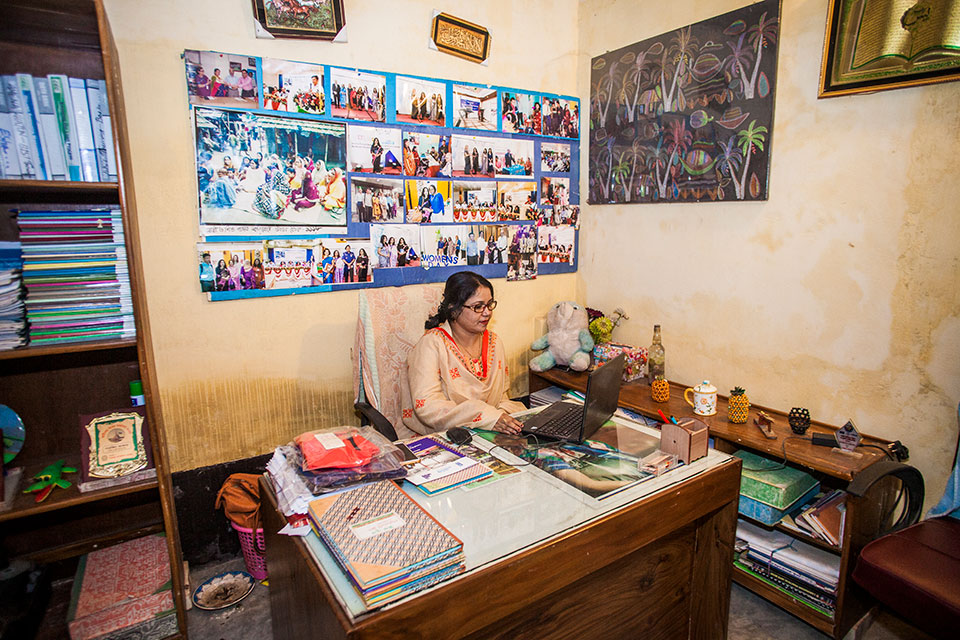 Parveen Akhter, hails from Ghop Nawapara Road in Jessore. She is the owner of Glamour Boutique House and Training Center, which has been operating since 2007. Photo: UN Women/Fahad Kaizer

For Akhter, this is not a small win. Twelve years ago, when she first had the idea to start a small business from her home, she had no access to capital and was just coming out of an abusive relationship.

When Akhter was in the ninth grade, she was kidnapped and forcefully married. She lived in a slum with her kidnapper (husband), who was addicted to drugs and abused her. Often, she was the only one working, having taught herself tailoring, embroidery and beauty services. With two sons to raise and no one to help her, Akhter stayed in the marriage for 17 years until the threats and beatings got worse. 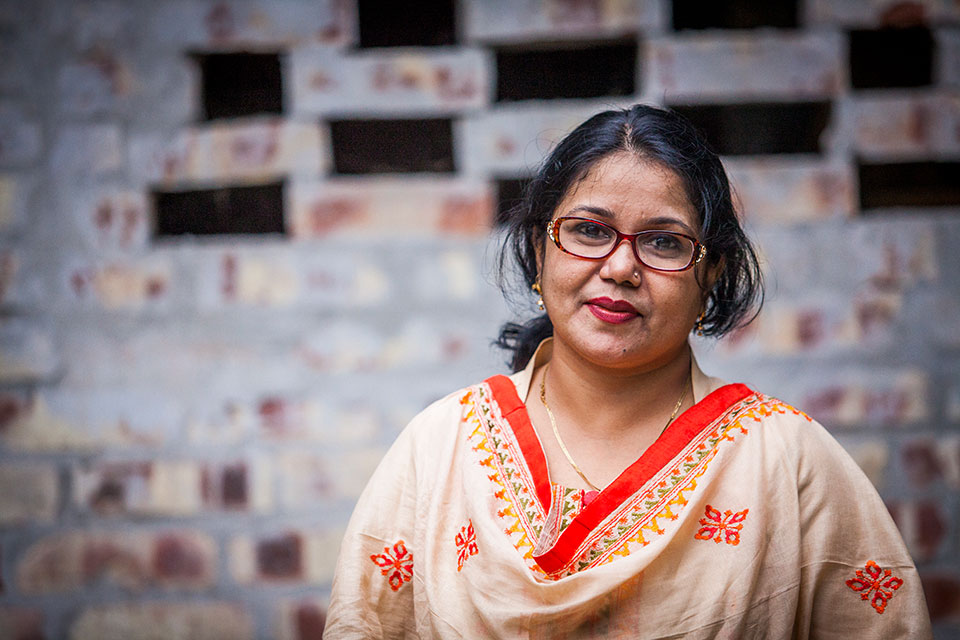 The year 2007 was a turning point for Akhter. Her son, 16-year-old at the time, intervened while her husband was about to hit her again and took her to the court to file for divorce. Akhter came back from the court and put up a sign in front her house that said, “Glamour Boutique House and Training Centre”. She started teaching tailoring, batik (a traditional fabric design), and embroidery to women in the neighbourhood and sold some of her products from her home. Later, she rented a space to set up her small factory. 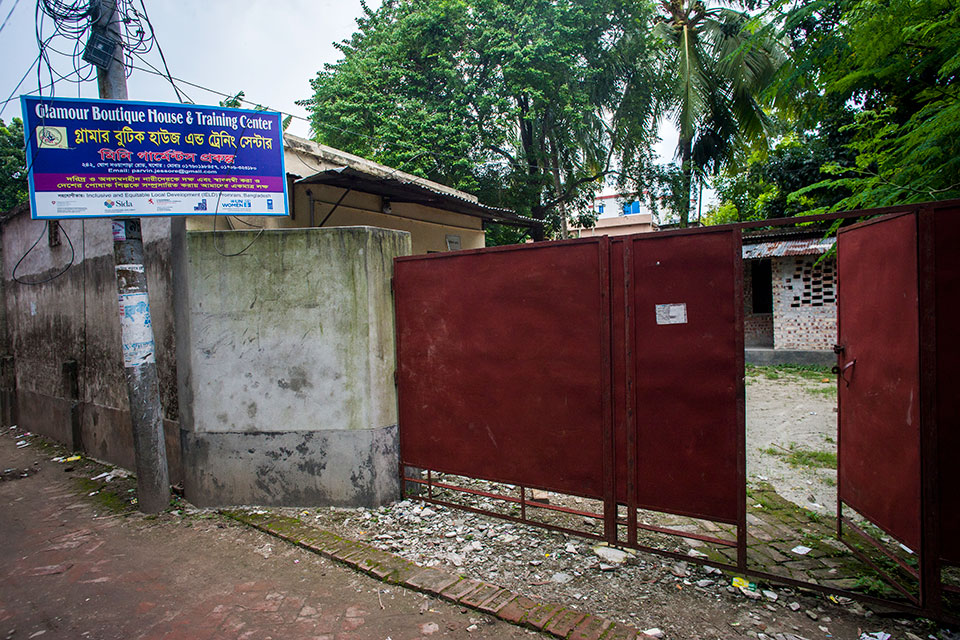 Akhter found much-needed support through the “Inclusive and Equitable Local Development Programme (IELD)”, a multi-country joint initiative of UNCDF, UNDP and UN Women and funded by the Government of Sweden. The programme facilitates women’s access to the labour market and entrepreneurial ventures by fostering local public and private investments in women-led enterprises and small businesses that benefit women as well as their communities.

“At that time, I had small machineries. The IELD Programme managers heard my story and asked what I needed if I wanted to expand. I said, I needed different and more kinds of machine. With the support of IELD, I started my factory in full swing in 2016,” says Akhter. 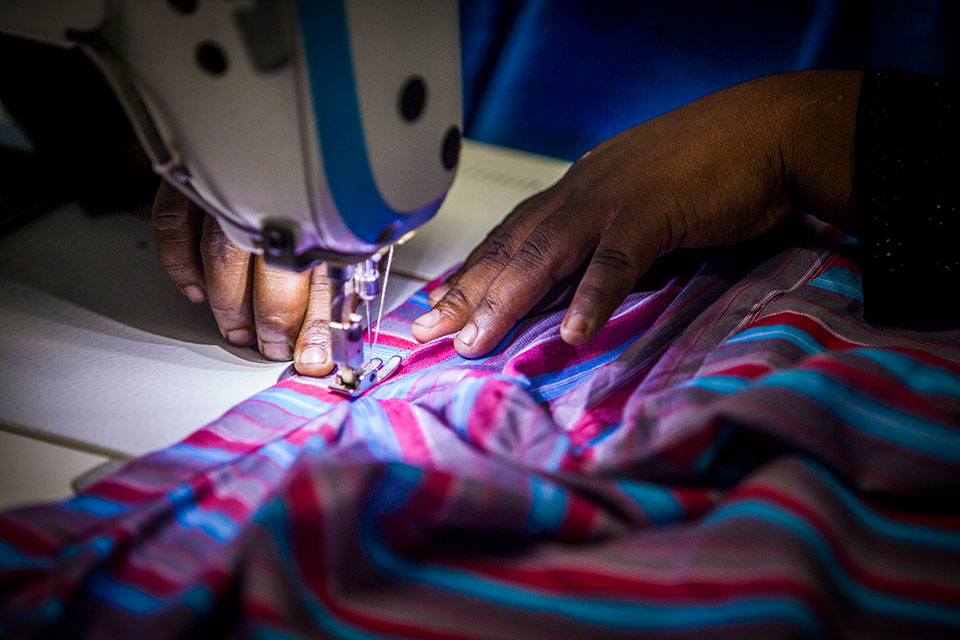 Looking back, she reflects how far she has come and what that means to her: “Now when I enter a bank, the manager stands up as I enter, and makes me a priority. Earlier, when I used to go, I would be so nervous, my legs used to shake. Today, I can give buyers my visiting card—that in itself is a huge accomplishment!”

The IELD programme, active in Bangladesh, Tanzania and Uganda right now, identifies and designs a local pipeline of investable projects that are women-run or gender-sensitive, and are large enough to have a transformative impact by creating jobs for both women and men in the communities. Often, some of the biggest roadblocks that women face are mobility, access to resources and securing bank loans. 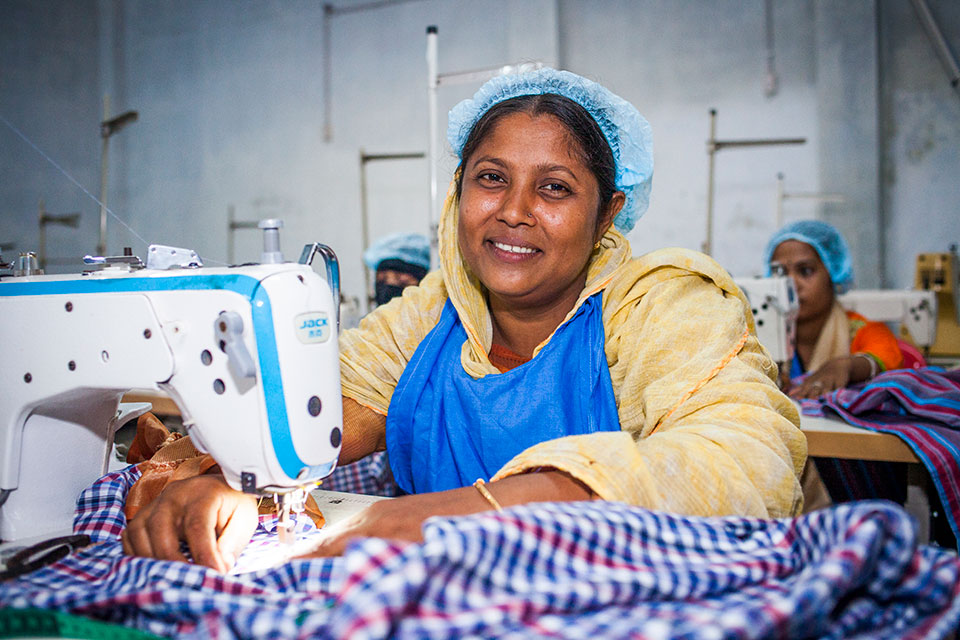 Shazia Afrin, Business Development Officer at IPDC, a financial service provider, discovered the Glamour Boutique and realized it had excellent potential for upscaling. Afrin says that it’s difficult to find female entrepreneurs in Jessore. “We want to invest in projects, but women too need to prove that their projects are worth the investment.” According to the Bangladesh Bank, female entrepreneurs’ projects that have at least 60 per cent female employees are prime candidates for public investments Parveen Akhter’s Glamour Boutique had 99 per cent of female employees and her sales ledgers demonstrated that her business was profitable. 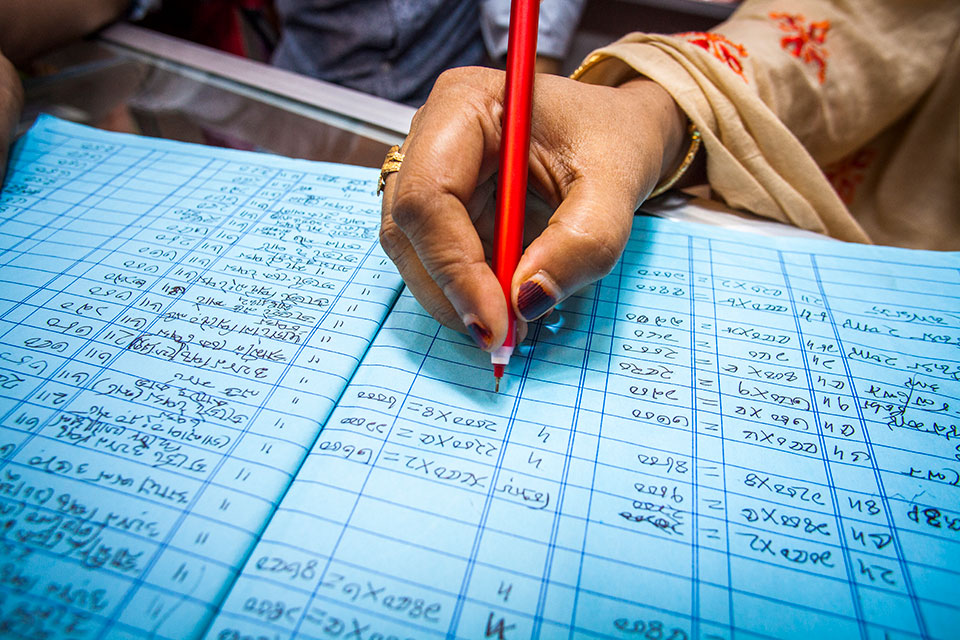 “We help women with documentation and are more flexible in terms of [requiring] fixed assets that entrepreneurs must show they have in order to be granted a loan,” adds Shazia Afrin. 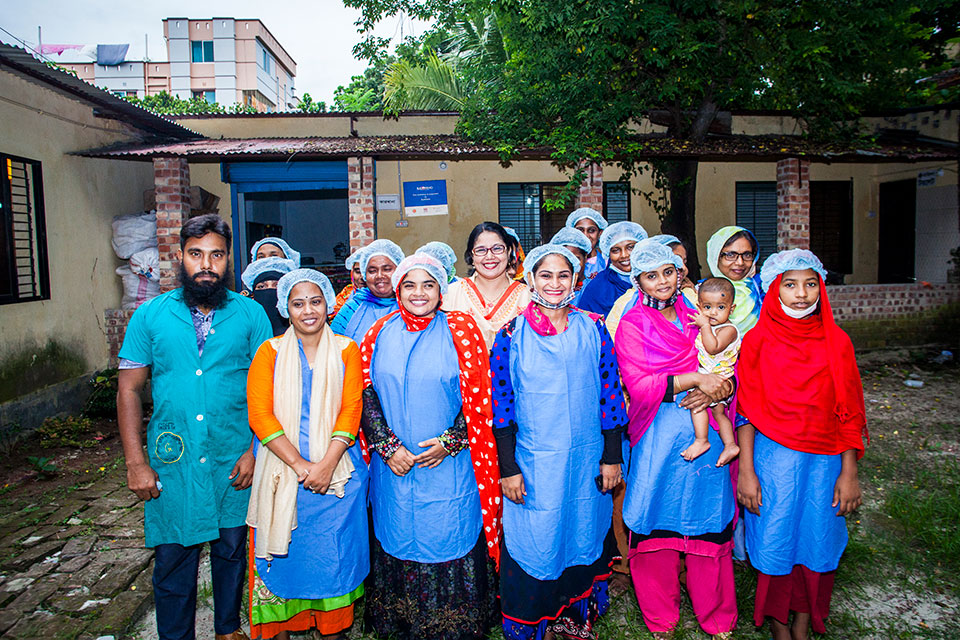 Today, Parveen Akhter is proud of her accomplishments. “Through this initiative, I have not only changed my own life, but I’m able to help other women earn an income as well,” she says. “Dreams are what we are made of and my dream is to make my factory bigger.” 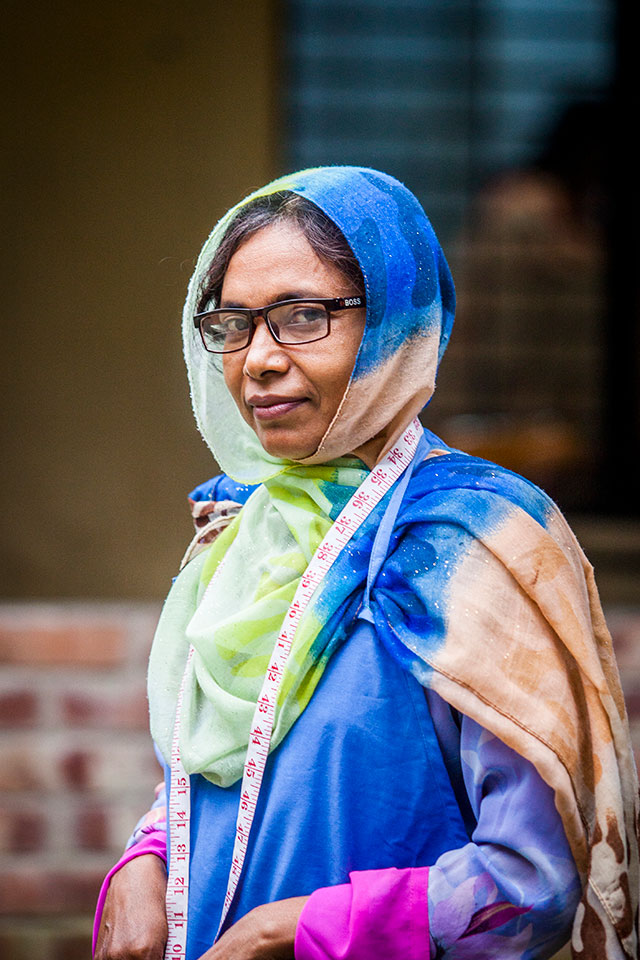 She has also been able to create a safe working environment with flexible shifts for her majority-female workforce.

“I even offer 4-hour shifts for homemakers and students so that they can come here after they finish their work at home, or after classes. Some of them are even more educated than I am!”.

Mosammat Nafisa, 35, was trained by Parveen Akhter to run a beauty parlour and now helps her manage the accounts and the tailoring centre at the Glamour Boutique House. Currently there are 20 young women who come to learn tailoring at the centre.

“The biggest change in my life since I joined [Glamour Boutique House] is that I am financially independent. Earlier my family had to feed me, now I can feed my family,” says Nafisa. “Most people who come here, they end up doing something for themselves. I too want to own a business such as this, just like Parveen apa (sister).”.

The IELD programme has supported five small businesses and start-ups in Bangladesh to boost women’s economic empowerment, who have generated employment of more than one hundred women.

One of the takeaways from the programme has been that engaging women as workers and entrepreneurs is often not enough to have a transformative impact.

“What’s needed in parallel, is commitment from men within the community and from local governments, to break the social and cultural norms that create persistent barriers,” said Shoko Ishikawa, UN Women Representative in Bangladesh.

“That’s why, at the beginning of any project activities in an area, the programme delivers gender equality training and sensitization sessions for the entire community, including for local administration. 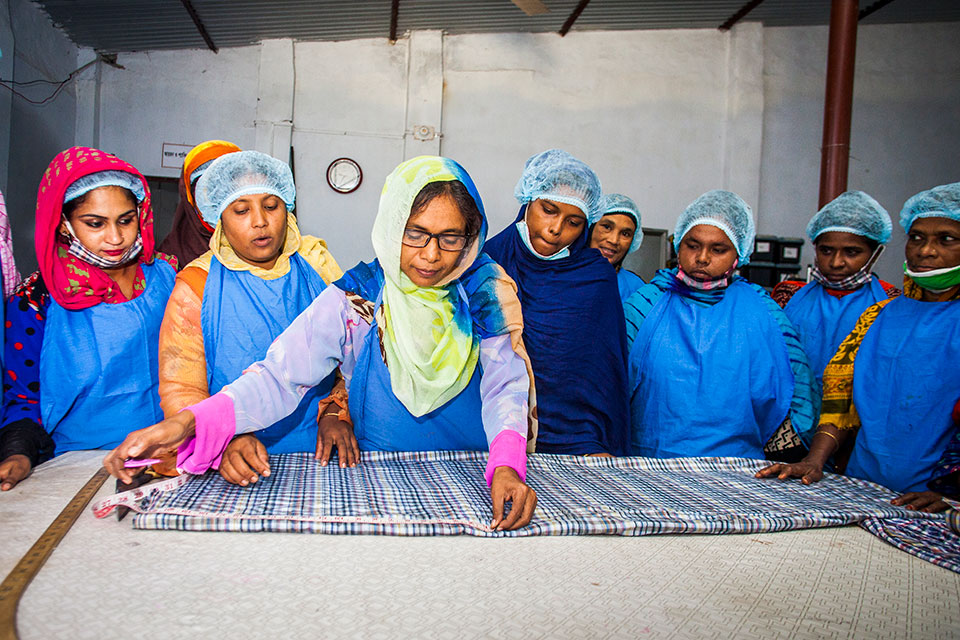 Mustaque Rahman Councilor of Jessore and acting Mayor, was among those engaged by the programme in such training sessions. He has been working to address drug abuse in the communities of Jessore, and also promotes women’s entrepreneurship. After learning about Parveen Akhter’s business, he encouraged women from the slums to get training on tailoring from Akhter. 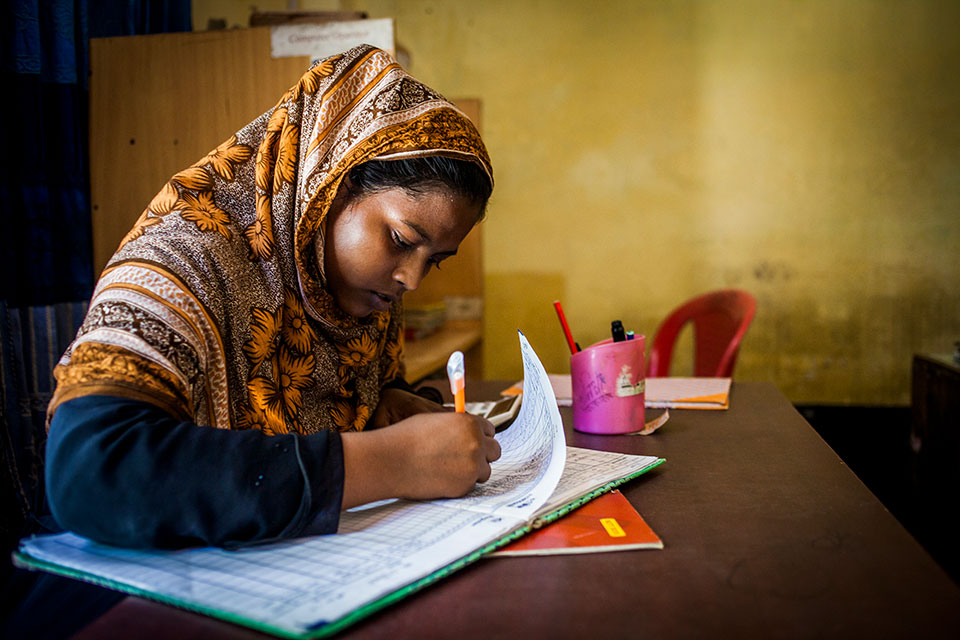 Dipa Monjundar, a friend of Parveen Akhter, has her own artisanal business and is also the Jessore Representative of Bangladesh Women Chamber of Commerce. According to Monjundar, things are finally looking up for women entrepreneurs in the country. Monjundar is a mother of two, and when her husband passed away his family disinherited her. “Today, my son is working, and my daughter is studying. I am an established entrepreneur, and so I don’t need anything from them”, she says. 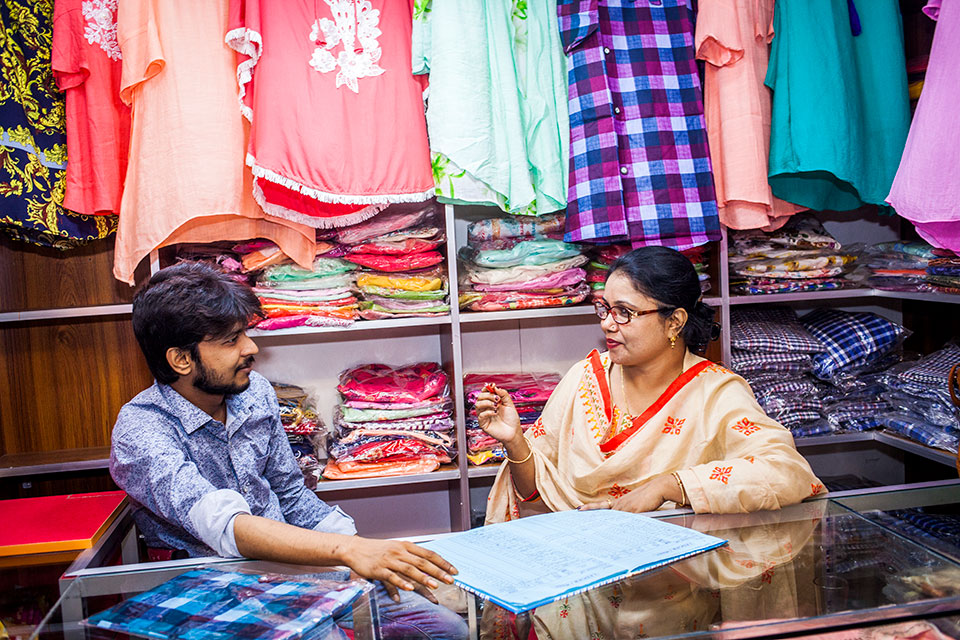 Ridoy Akhter, Parveen Akhter’s son is her biggest fan. “There was a time when the three of us would have to divide [a piece of] chicken into three pieces. I have now been able to complete my honors in accounting and I’m managing the finances in our own company,” he says. 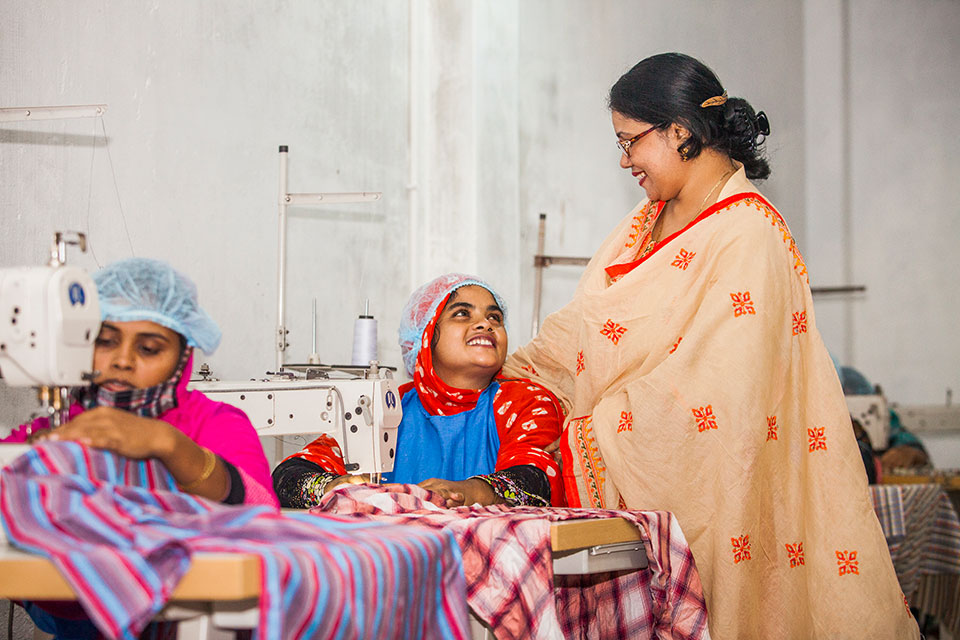 When women can access the skills and resources that they need to build their own enterprises, their success spills over generations. The Glamour Boutique House is a small but powerful reminder of this for the entire community of Jessore.

Related News
01/10/2019
From where I stand: “Now I have bigger dreams”
21/01/2013
Economies rebound faster from crisis when responses focus on women's needs
07/10/2021
From where I stand: Learning sessions gave me the courage to aim for a career as a police officer and end illegal behaviour against women
03/06/2020
UN Women and Rohingya women on the front line of COVID-19 response
19/08/2019
In Rwanda, weaving baskets and brighter futures
END_OF_DOCUMENT_TOKEN_TO_BE_REPLACED