Contribution to programmes and projects, not including to the Funds (in accumulated figures since the creation of UN Women 2010-2015): USD $37.1 million.

Voluntary contributions to the Fund for Gender Equality: USD $67.8 million.

In signing a new partnership agreement with UN Women on 29 September, Jesús Manuel Gracia Aldaz, Spanish Secretary of State for International Cooperation and for Ibero-America, confirmed the commitment by the Spanish Government to UN Women as its main partner in the promotion of gender equality and women’s empowerment throughout the world.

Question: What are the key elements of this agreement?

The ultimate end of this new framework is to improve development results by way of the solid relationship which exists between Spanish Cooperation and UN Women, and, as a way to contribute towards the fulfilment of the Sustainable Development Goals (SDGs) in the coming decades. In terms of its operation, the new framework allows the identification of priority areas for both parties, based both on the Fourth Master Plan of Spanish Cooperation and on the Strategic Plan of UN Women, to improve the strategic planning of actions. Moreover, it also allows us to intensify strategic dialogue in terms of policy and to improve the efficiency of development aid. 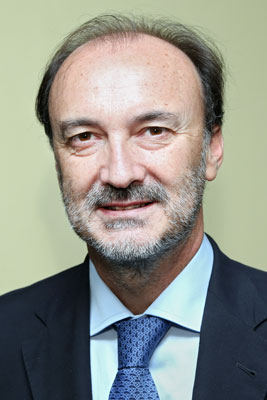 Spanish Cooperation considers UN Women as a strategic partner in the following areas, identified as priority areas in this framework for the period 2015-2016, in the fulfilment of Agenda 2030: the consolidation of democratic processes, the reduction of inequality and of discrimination on any basis, the promotion of women’s rights and gender equality, and the empowerment of women and girls.

Question: What results do you hope to achieve in the context of this renewed collaboration agreement?

Firstly, to reinforce and consolidate the already very close relationship between Spanish Cooperation and the Entity. The document is also a tool to be used in order to manage the priorities of both Spanish Cooperation and UN Women. It is also hoped that it will contribute to the drive for quality and efficiency in international aid (financing for gender equality, FFD3, and the post-2015 agenda) and also work jointly to deliver accountability to Spanish citizens, for the purposes of transparency and education for development.

Spain’s support for the creation and development of UN Women in July 2010 was crucial. Spain was already the main donor both to UNIFEM and to UN-INSTRAW, and its relationship with these bodies dates back to the 1990s. From 2005, a continued relationship of collaboration and financing by Spain was established with UNIFEM and INSTRAW. Spain signed a Strategic Partnership Framework with UNIFEM for the period 2010-2012, which UN Women took up, replacing UNIFEM in its continued application of the aforementioned framework.

The following elements stand out from among the main achievements of this collaboration: