Workshop stresses the importance of financing for gender equality, post-2015

Making gender equality and women’s empowerment a reality requires dedicated and consistent funding. Highlighting the key role that financing for gender equality will have for the future global development agenda, UN Women, in collaboration with the International Training Centre of the International Labour Organization (ITC-ILO) and the European Commission (EC) convened a global workshop entitled “Increasing Financing for Gender Equality: Lessons Learned and the Way Forward,” from 3-5 June 2015 in Brussels, Belgium. 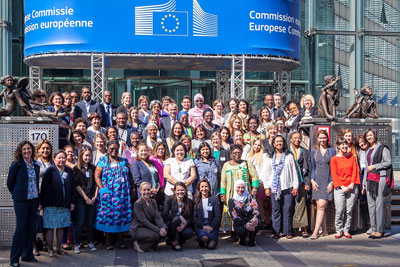 More than 100 participants took part in the workshop in Brussels. UN Women/Phelia Barouh.

Bringing together more than 100 participants including key actors and partners from government, representatives of the European Union, bilateral organizations, UN agencies, and civil society to share experiences on achievements, it provided a platform for exchange and policy dialogue, as well as recommendations for future programming.

The workshop marked the end of the global programme ‘Increasing Accountability in Financing for Gender Equality’, funded by the EC and the Governments of Spain and Italy and implemented by UN Women and ITC-ILO in 16 countries[1]. The programme resulted in increased financing for national gender equality commitments and strengthened accountability on such decisions and practices. In Nepal, gender-responsive budgeting contributed to an increase in gender-specific allocations from USD 1.13 billion in 2013/14 to USD 1.36 billion in 2014/15, accounting for nearly 22 per cent of the national budget. Similarly, in Jordan, funding for gender equality increased from USD 1.934 billion in 2013 to USD 2.15 billion in 2014. 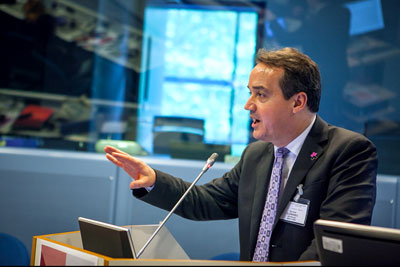 “UN Women has been promoting and advocating for a transformative and comprehensive global financing framework that includes increased investments and resources to meet existing and new commitments on gender equality and women’s empowerment,” said Deputy Executive Director of UN Women Yannick Glemarec, speaking at the opening of the workshop. He noted that “we have an extraordinarily ambitious goal and an unbelievable normative framework in front of us. But how do we convert these words into actions?” He highlighted the need to increase financing for gender equality to translate the Sustainable Development Goals into action.

The workshop concluded with a forward-looking session underscoring how vital it is to include gender equality priorities in the Third International Conference on Financing for Development in Addis Ababa, in July. Its outcome document will largely determine how governments will finance and implement the post-2015 development agenda, and will thus be key to ensuring better results for women and girls.

Marcus Cornaro, Deputy Director General of the Directorate-General for International Cooperation and Development, and Silvano Presa, Director of Expenditure of the Directorate-General for Budget, of the European Commission reiterated that the EC is committed to ensure that gender equality goals are taken on board in the outcome of the on-going debate on ‘Financing for Development’.

The discussion at the workshop focused on the importance of reforming macro-level fiscal policies as well as developing national action plans on gender equality. Participants reviewed how these elements have been integrated into national planning and budgeting instruments and translated into programmes at the sectorial and local levels. Other discussion points included the importance of multi-stakeholder partnerships, strengthening the accountability of donors and the role of civil society organizations and national women’s machineries for increasing financing for gender equality. 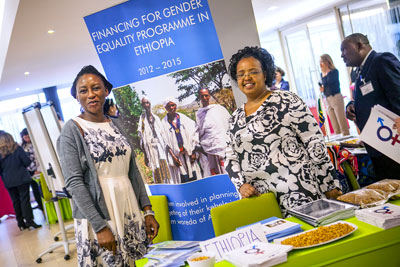 Beneficiaries of the programme, including from Ethiopia, showcased some of their work and results. UN Women/Phelia Barouh.

Simonetta Cavazza, Manager, International Labour Standards, Rights at Work and Gender Equality, ITC-ILO, noted that the joint global programme was able to support, develop and reinforce many promising strategies at the core of countries’ and donors’ development plans and budgets. She also drew attention to the achievements made on gender equality at the global and national level since the Beijing Conference.

This year’s 20-year review of the implementation of the Beijing Declaration and Platform for Action found that progress has nevertheless been slow and uneven, with no country having closed the gender gap. This lack of progress has been exacerbated by the persistent and chronic underinvestment in gender equality and women’s empowerment.

To facilitate informal exchange among representatives of the programme countries, a market place was set up as a colourful space to showcase their knowledge products, publications, research and tools developed under the global programme.

The workshop coincided with the European Development Days (EDD) 2015, which provided another crucial space to highlight the importance of financing for gender equality.

Related News
30/06/2016
“Gender mainstreaming is no longer an option, it is an imperative” — Lakshmi Puri
29/09/2015
Interview with the Spanish Secretary of State for International Cooperation and for Ibero-America
05/06/2015
Deputy Executive Director Lakshmi Puri marks the 70th anniversary of the UN in Prague
22/09/2022
Press release: New UN policy paper shows the devastating impacts of the Ukraine war on women and girls
13/07/2022
Speech: Our ability to fulfil the SDG’s promises depends on our decision to put women and girls at the centre
END_OF_DOCUMENT_TOKEN_TO_BE_REPLACED