UN Women supports hundreds of women in 13 rural areas by transforming the economic and social landscape to support their resilience in the face of climate change. 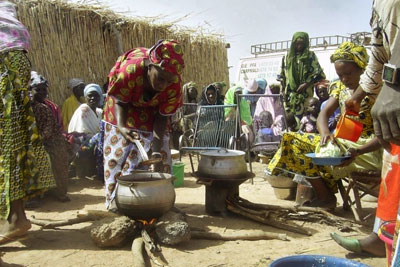 A woman demonstrates the efficiency of a Nafama stove, as opposed to the traditional stove, in Ntombougou, Mali. Photo: UN Women/F.Kanakomo

More than 77 per cent of women in Mali live in rural areas, according to the 4th general population and housing census (RGPH 2009). Although they have very little control over resources, including land and credit, they represent 49 per cent of the active farming population and are behind 70 per cent of food production.

To address factors that hinder women's economic and social development, UN Women and the Food and Agriculture Organization (FAO), launched an initiative entitled "Support for the Economic Independence of Women in Rural Mali Facing Food Insecurity and Climate Change”. In 13 pilot units across three regions of Mali (Koulikoro, Ségou and Mopti) and around Bamako, women received training and solar- and gas-powered equipment allowing them to produce and market local products.

The project supplies equipment — mills, freezers and dryers— that use solar energy, as well as blenders and gas lamps to light the building where the group produces its goods.  In Mali only 18 per cent of the rural population have electricity, according to the Malian Agency for the Development of Household Energy and Rural Electrification (AMADER). So, for most of the women involved in the project, this renewable energy is the only source in their village. 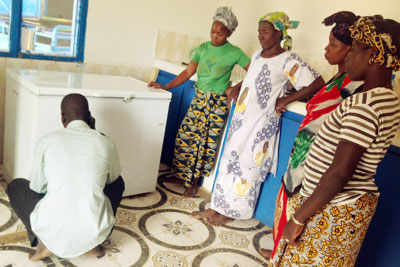 UN Women and partners supply equipment, such as mills, freezers and dryers, that use solar energy. Photo: AMADER

After training, women use the equipment provided to extract, dry, grind or process fruit and local products such as mangos, ginger, tamarind and hibiscus flowers, turning them into syrup, juice, jam and dry biscuits. Some grains such as millet and fonio are made into flour, couscous and other local foods.

For Ms. Kadidia Diawara, mayor of the rural township of Dandougou Fagala, this project is beneficial not only to women, but also to the entire community. "Before the units were installed, the off-season (the period between two harvests) was a time of debt for the town," she said. But that is no longer the case.

They also had to make sure women were available for this work, because they are responsible for many tasks, especially gathering wood for heating – a burden not only for the women but also for the environment. One of the main causes of deforestation in Mali is the felling of trees for fuel, which accounts for 75 per cent of energy consumption, according to AMADER. 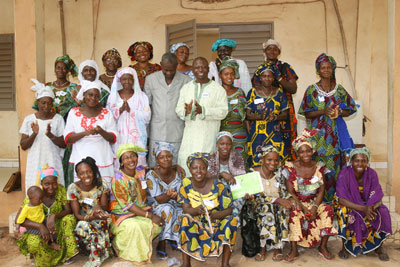 This is why, in addition to the innovative technology provided to these processing teams, another goal of the programme was to provide women with better stoves in order to reduce the amount of wood they burned and the amount of time they spent gathering wood. Five thousand households were contacted and equipped with improved stoves in 13 townships.

"The new, improved stoves make a huge difference; I only need three logs for cooking now," said Ms. Bouaré Djénéba Traoré, one of the beneficiaries from Monimpébougou, in the western Koulikoro region. "This means my supply lasts longer and I have more time to spend on production jobs."

Now that women have slightly more freedom and have acquired experience in processing agricultural products, UN Women has moved forward to the second phase of the project, which aims to boost business management skills, including accounting, as well as marketing and advertising techniques.

In addition to financial advantages, the project has provided other immeasurable benefits, including boosting cooperation, solidarity and teamwork among the women. 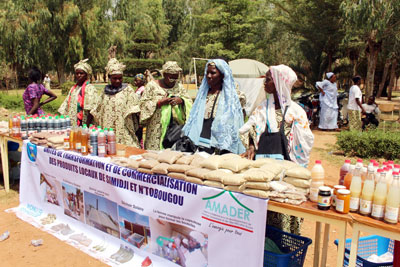 According to Ms. Samaké Kadiatou Traoré, one of the beneficiaries from the Massakoni unit, Koulikoro region: "We used to mind our own business but now we know each other much better as a result of the project. When we are not working, we visit each other and help each other out with any problems; that didn't happen before."

This solidarity is felt not only by women. For Mr. Traoré, the husband of a beneficiary from Monimpédougou: "There aren't many disputes between the men in villages where women work together."

Launched in 2013, the project is supported by the Kingdom of Sweden (approximately USD 3 million) and close involvement of AMADER. The pilot units were installed with the assistance of local organizations such as: ACTION MOPTI, the Association for the promotion of women and children (APROFEM), and the Partnership for Action to Reduce Poverty in Mali (CARP MALI), in cooperation with local women's groups and cooperatives. 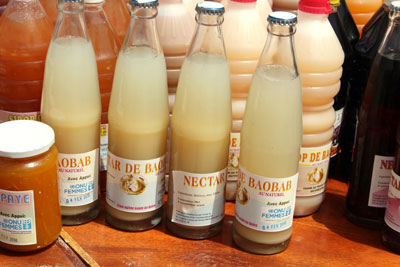 UN Women and its partners aim to ensure that investments are sustainable, and guarantee long-term economic independence for women in a challenging environment where a series of crises have affected the supply of raw materials, and where there is a growing disconnect between rural production and urban food consumption.

For Mr. Maxime Houinato, UN Women Representative in Mali, it is important to preserve gains and keep the project's momentum going. "These rural women are now beginning to get involved in decision-making bodies. It is therefore the right moment to support them in setting up these bodies."

The programme will be expanded to other regions of Mali as part of a wider strengthening of local communities and as part of UN Women’s support for decentralization and resilience programmes in the Sahel.

Watch this video about the programme (in French):

Related News
12/12/2017
Press release: UN Initiative to boost resilience of women and youth in the Sahel through climate-smart agriculture launched at One Planet Summit
01/12/2015
Q&A: "Women's voices and the challenges they address must be key components of the adaptive responsive to a changing climate" —ecological expert
20/07/2016
From where I stand: Lorraine Kakaza
10/12/2015
At COP 21, Yannick Glemarec engages with broad range of partners
08/12/2015
New flagship programme on energy launched at COP 21
END_OF_DOCUMENT_TOKEN_TO_BE_REPLACED