Breaking the cycle of human trafficking in Albania 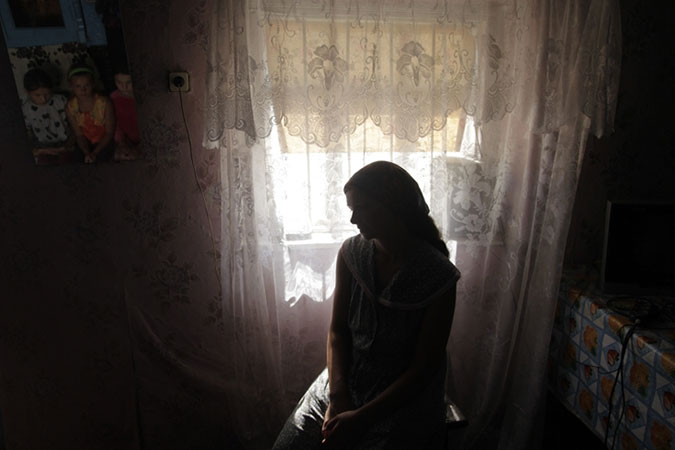 Linda* was 16 years old when her neighbour lured her away from her tiny impoverished village in southern Albania. For years, she had yearned for the opportunity to escape her violent father’s wrath and to help her younger siblings financially.

She trusted her neighbour, who had watched her grow up and witnessed her struggling to survive after her mother died. Linda never anticipated that her neighbour would thrust her into a vicious cycle of abuse and exploitation. The teen soon found herself confined to a hotel room where she was repeatedly sexually abused for six months. The perpetrators had prepared her a fake passport so she could be moved further. Then police busted the trafficking ring during a routine street patrol.

Linda found refuge at a national shelter before being transferred to ‘Different and Equal’, a UN Women-supported civil society organization that works with Albanian trafficking survivors.

In 2015, a group of NGOs, the National Coalition of Anti-Trafficking Shelters (NCATS) reported 85 cases involving trafficking in Albania, although the numbers are estimated to be much higher. Reports reveal that many are manipulated and recruited through false marriages and false employment opportunities. Poverty-stricken women and girls are especially vulnerable, as traffickers promise to cover living expenses. Scarce economic opportunities in Albania, especially in rural areas, are the major root cause of trafficking.

To support women and girl survivors of trafficking, UN Women in Albania has been supporting service-providers in shelters with capacity-building and salary subsidies under the project “Preventing and addressing violence against women and girls in Albania”, implemented by UN Women with funding from the European Union.

As part of this project, a national public awareness campaign against the trafficking of women and girls was launched, in close collaboration with the Ministry of Internal Affairs. It featured a powerful 45-second video that was aired on three national public television channels free of cost for two weeks during national anti-trafficking month in October 2015, additionally reaching over 172,000 views on social media platforms.

Efforts have also involved training journalists to report more accurately and effectively on human trafficking. UN Women formed an Advisory Media Forum with 30 members, a platform that has already helped to reduce poor reporting and increase the number of professional and ethical reporting which preserves the victims’ privacy, dignity, and identity in most cases. It has also supported the production of a Manual to improve reporting on trafficking for journalists and journalism students and two media monitoring reports for 2014 and 2015, on print an electronic media.

Erjola Mano*, a case manager for ‘Different and Equal’, recalls the first time she met Linda two years ago, at the age of 17. “She was traumatized, in need of care and affection that she had missed during her childhood. She was extremely anxious and concerned about her younger brothers and sisters. But most importantly, she needed the motivation to start her life differently this time,” Ms. Mano said.

Linda enrolled in a cooking course, facilitated by ‘Different and Equal’. Although she could hardly read and write, she was determined to learn and took part in a professional training programme, supported by UN Women’s project. The programme set her up with an internship as an assistant chef in a private business, covering her salary for the first six months. Currently, three months after the trial, Linda is employed on a normal contract in the same business.

Six women survivors have benefited from the salary subsidy programme so far and today they are transitioning back into society.

“Employment is a key component for a successful reintegration, for the growth and empowerment of women and girl survivors of trafficking,” Ms. Mano said. “Linda’s transformation cannot be described with words. Through her decisions, one can easily understand that this job has changed her life; it is her life.”

Matilda Nonaj, who is in charge of coordinating Albania’s anti-trafficking efforts at the Ministry of Social Welfare and Youth, notes that the trainings taught her new potential approaches to fill the existing gap in reintegrating trafficking survivors.

“Providing soft loans to women to set up small businesses is a great idea that can be applied,” said Ms. Nonaj. “International best practices that we were introduced to have since been incorporated in the Action Plan for the Socio-economic Reintegration of Girls and Women Victims of Trafficking, which the Council of Ministers approved.”

Linda has been living independently for almost eight months now. She has a job that she loves and is able to generate an income to support her siblings. Linda’s goal is to eventually open up her own restaurant. She has already thought of a name and a menu.

* Names have been changed to protect their identity

Related News
11/04/2022
Speech: Women’s involvement is both a right and an opportunity for better outcomes
15/11/2021
Empowering students in Albanian schools through self-defense training
16/11/2020
What happened after COVID-19: Albania
18/11/2019
I am Generation Equality: Fatmira Dajlani, child marriage survivor and activist
29/07/2019
In the words of Milica Gudović: “Economic empowerment is crucial, not only for survivors, but for any woman”
END_OF_DOCUMENT_TOKEN_TO_BE_REPLACED