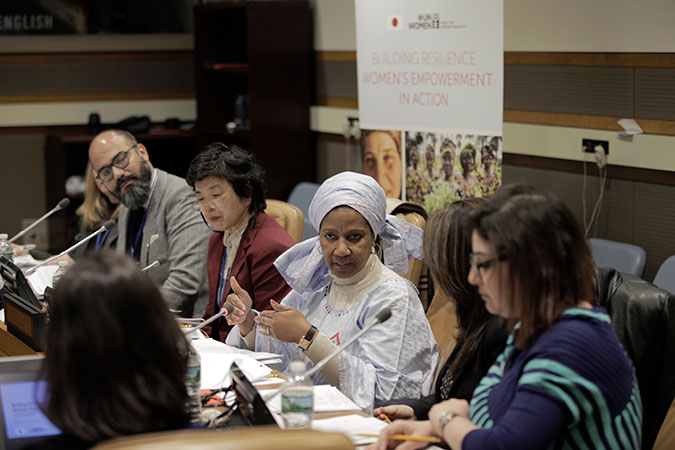 UN Women’s Fund for Gender Equality launched new research on women’s economic empowerment in fragile States this week on the sidelines of the 60th Commission on the Status of Women in New York. The research reveals that 43 per cent of the world’s poorest live in fragile States affected by climate change, natural disasters or conflicts; and 70 per cent of them are women, youth and children, propelling women to the forefront of eradicating poverty and strengthening the resilience of fragile communities.

“This is what agenda 2030 actually is about. When we talk about leaving no one behind, this is exactly the constituency that we are talking about,” said UN Women Executive Director Phumzile Mlambo-Ngcuka at the event. “It puts those who are last first.”

UN Women’s Fund for Gender Equality—a grant-making body for national civil society organizations—and the Government of Japan launched a knowledge initiative in 2014 to explore good practices for empowering women in fragile settings. The idea was to create an evidence-based push for the integration of gender equality in international responses to crises.

Focusing on four grantee programmes implemented between 2012 and 2015—one in Guinea, two in Lebanon and one in Sudan—the findings led to a four-pillared approach to empowering women in fragile settings, focused on: productive resources, institutional relations, personal resources and interpersonal relations. According to the research, parallel improvements in these four areas can increase women’s influence on the economic decisions and structures that shape their lives.

The findings also offered insight into how fragile contexts exacerbate inequalities. Over a thousand women were surveyed and, on average, found to spend 80 hours per week on unpaid care work.

“This is equal to two full-time jobs,” said Elisa Fernández, Chief of the Fund for Gender Equality, during her presentation of the findings. “Context matters: 60 per cent of women surveyed in Lebanon alone borrowed money in the past six months to pay for food.”

Millions of women in the Arab region are forced to live in fragile settings with conflicts raging through several countries resulting in the worst global refugee crisis in decades.

“Unfortunately, our region is home to many conflicts and the notion of resilience is most intimate and most relevant to our region,” said Mohammad Naciri, UN Women Regional Director for the Arab States. 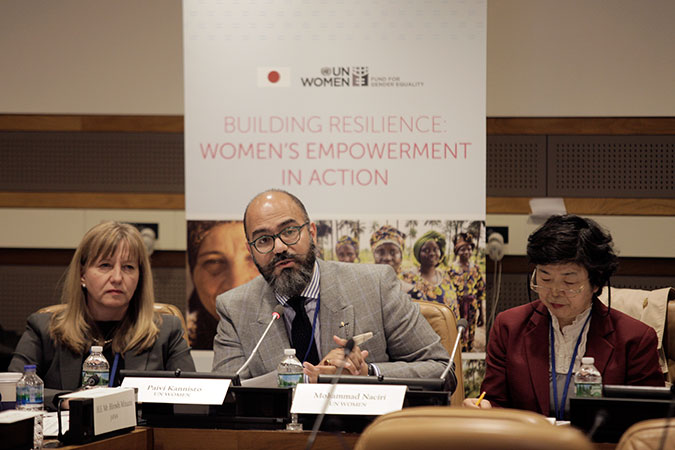 Two of the research case studies are grantees of the Fund for Gender Equality from Lebanon, where an influx of Syrian refugees is taking its toll on the country’s limited resources. Since 2011, Lebanon has become host to roughly 1.1 million registered refugees—a 25 per cent increase in population in less than five years. More than half of refugees are women and girls, and an estimated 27 per cent of refugee households are women-headed.

The two grantees featured in the research reached over 35,000 direct and indirect beneficiaries by working with Syrian women refugees and Lebanese women on developing and business and marketing skills for increased income generation.

“We also focused on reviving the heritage and cultural backgrounds of women from refugee and host communities,” stressed Safaa el-Ali, a representative of Amel Association—one of the grantees from Lebanon.

Several speakers reiterated the importance of working with local civil society organizations and women’s groups to ensure a sense of ownership as well as sustainability for programmes supporting women in fragile States.

In an interview after the launch event, Ms. Ali underlined the importance of sustainability: “After training women to develop their skills and use them for income-generation, we opened a shop for their products. That shop [provided] the sustainability the programme needed to continue even after the project concluded. It is through real partnerships like the one we had with the Fund [for Gender Equality] that projects evolve into sustainable agendas.” 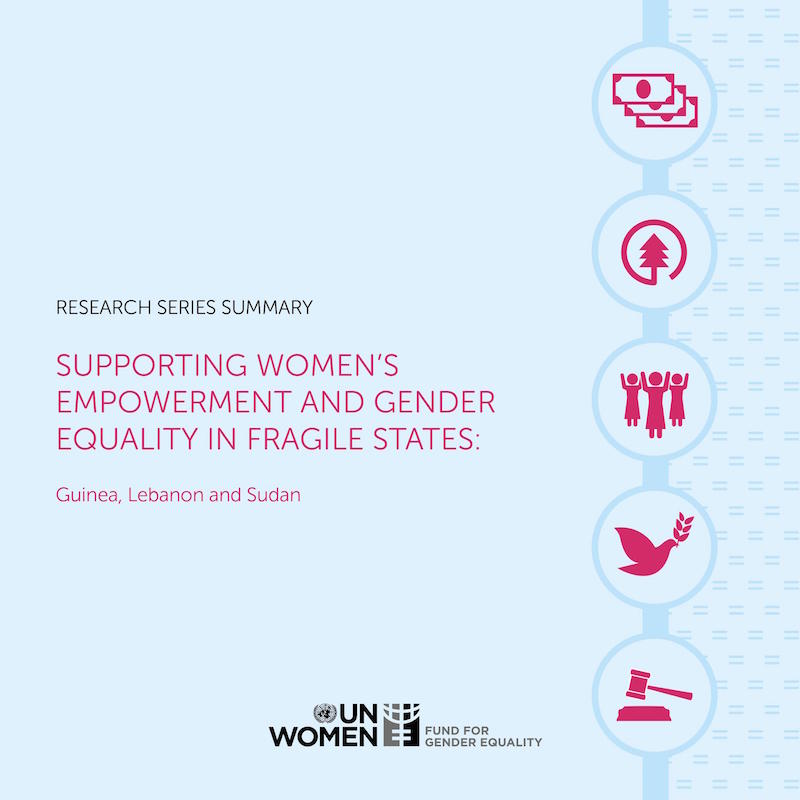 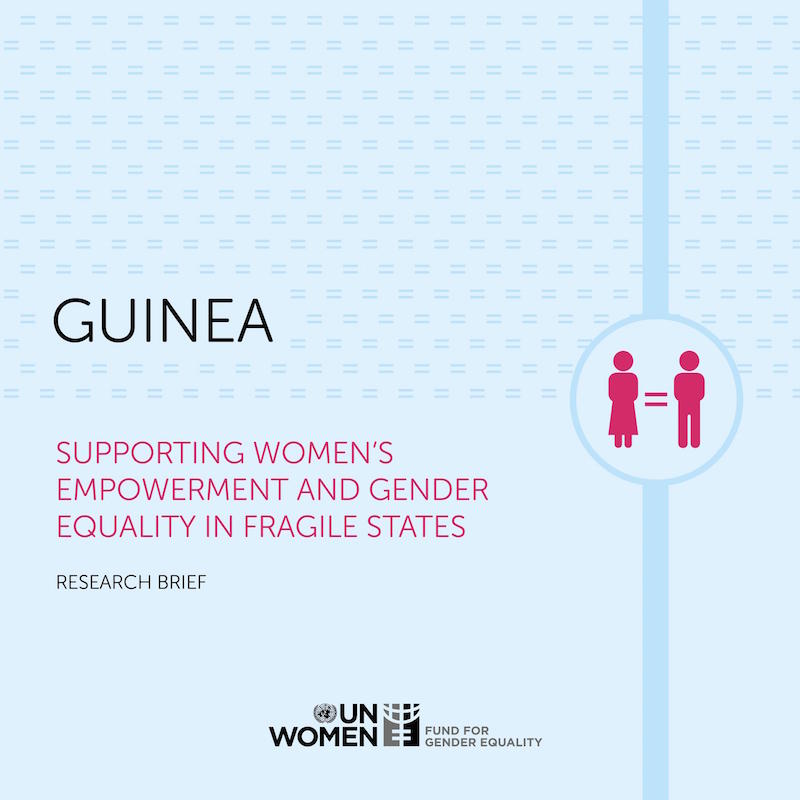 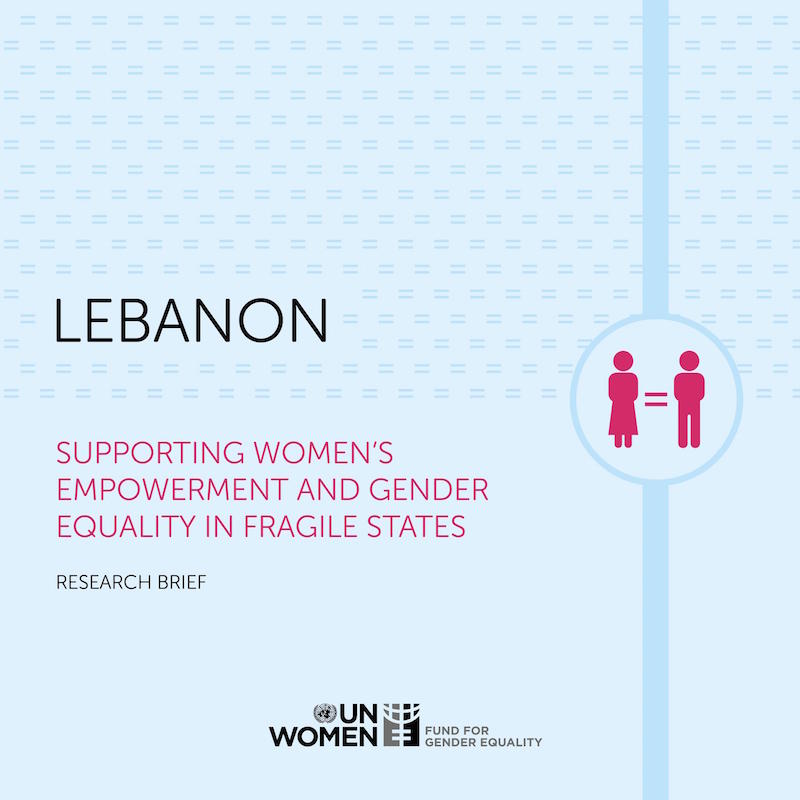 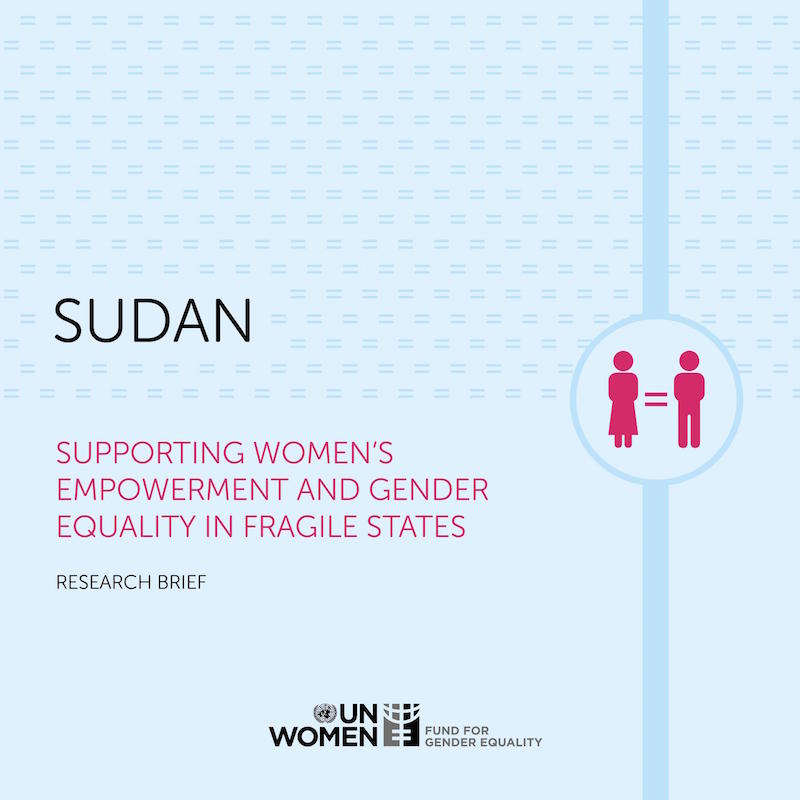 Related News
12/09/2019
From Tanzania to Algeria, rural women are taking charge of their lives and livelihoods
08/02/2019
African Union calls upon its Member States to prepare for the 63rd Commission on the Status of Women
01/02/2019
From where I stand: “I want to get involved in decision making in my community”
10/01/2019
From where I stand: “Yanouh cooperative increased my income and freedom of movement”
20/08/2018
The Road towards a National Action Plan on Women, Peace and Security for Lebanon
END_OF_DOCUMENT_TOKEN_TO_BE_REPLACED