“I managed to overcome the fear of running for election. I stood as a candidate and I won,” explains Lucía del Socorro Basante, a 60-year-old lawyer and the only woman on the Municipal Council in Pasto, in the Department [state] of Nariño, in coastal south-west Colombia. 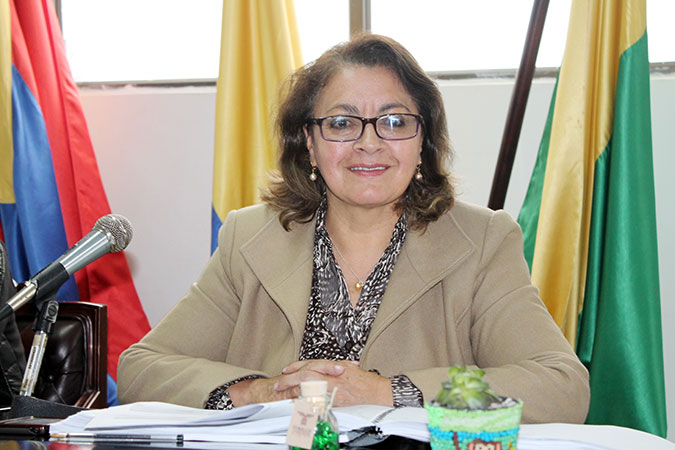 She was elected in the October 2015 local elections, shortly after obtaining her diploma in Political Leadership with a Gender Perspective, organized by UN Women.

The previous local elections, held in 2011, yielded big gaps: Nariño had the second-lowest percentage of women mayoral candidates in the country (18 out of 195), among the fewest councilwomen elected (88 out of 702) and one of the lowest number of women representatives elected to the Assembly (1 among 13).

To address this, in 2015, UN Women, with the support of Spanish Cooperation, set up a project in Nariño [1] to boost the political participation of women in the Department, especially in three of its municipalities (Pasto, Ipiales and Tumaco) and increase their representation in local and regional political parties and movements.

“UN Women’s project gave us insight into the reality of women’s participation in local politics, through statistics… but the strategic part was understanding the root causes,” says Ms. del Socorro Basante.

Some 150 people—80 per cent women—improved their capacity to participate in the 2015 elections, after completing a two-month candidate training course resulting in a diploma in Political Leadership with a Gender Perspective.

“Many women took the course to learn, with no intention of running,” explains Amanda Montenegro, who obtained the diploma. “Just look at the example of our Councillor: she went to support me. She said she didn’t see herself as a candidate. What a surprise for all of us when, after obtaining her diploma, she ran!”

The project also aimed to change party structures, explained Yuri René Rosero, national secretary of one of the country’s main parties. “To promote new leaders we need training, which costs money, and regional parties don’t receive the subsidies that national parties do,” explains Mr. Rosero, who took part in many of the project's activities.

The participation of men was crucial to have an impact, says Anaydu Arteaga, a former candidate to Pasto Council. “Even in language, if men are alongside women they have to start talking about ‘women and men’, and this is important. I didn't understand this at first and thought there were more important things that should make us angry, beyond our not being recognized in the gendered Spanish language. But I then understood that if we didn't start from there, at that simplest level, we were never going to get to the more fundamental and more significant.” 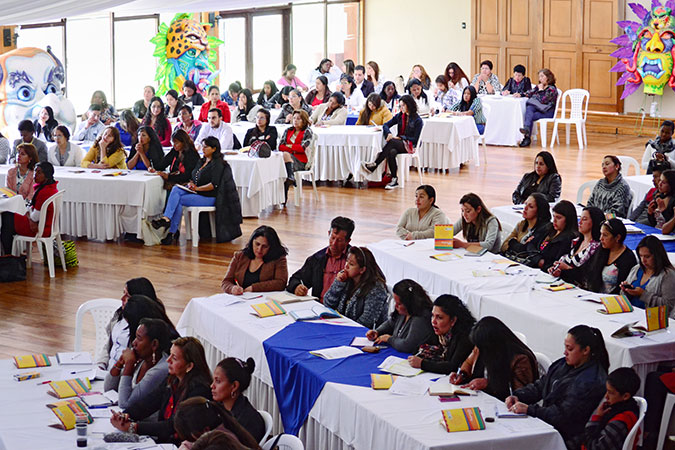 Elected women representatives gather for a summit of new local leaders in Nariño, held on 16-17 December 2015 in Pasto. Photo courtesy of the Fondo Mixto de Cultura.

The project also helped generate data on the situation of women in politics, identifying the factors that help and hinder their leadership and representation, to encourage greater participation in the 2015 elections. They developed surveys and awareness-raising campaigns to promote changes in discriminatory attitudes among voters and political structures.

See some of the infographics produced: 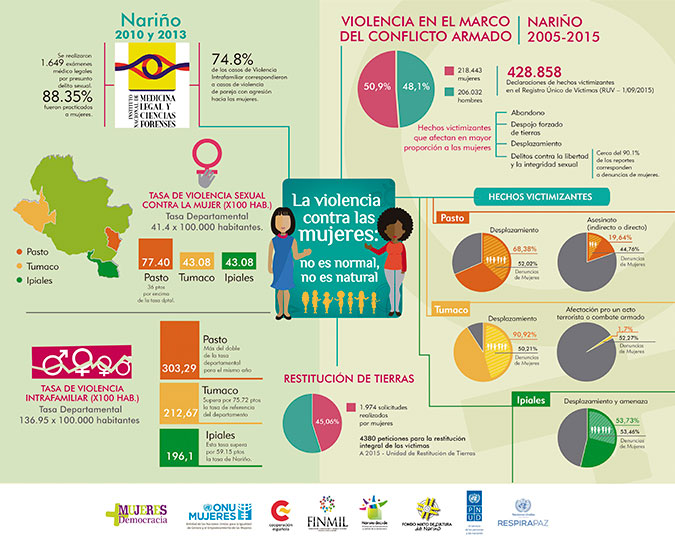 “It’s important to generate strategies so that, in the next elections, the barriers that have historically prevented the full political participation of women in Colombia are eliminated,” said Belén Sanz, UN Women Representative in Colombia. “The changes are not going to happen on their own: we need to establish rules and specific measures to promote change.”

She added that data collected for the Beijing 20-year review showed how slow and halting progress had been in Colombia, noting that at the current pace it would take women until the year 2075 to achieve 49.4 per cent on councils and they wouldn’t achieve 50.3 per cent representation in assemblies until 2263.

To further accelerate efforts in this and other areas, in 2015 Colombia joined the UN Women "Step it up: Planet 50-50 by 2030" initiative, committing to specific actions to “strengthen democratic representation and electoral participation and increase the full and effective participation of women and equal leadership opportunities at all levels of decision-making in political, economic and public life.”

This project is financed through core funding to UN Women and from the Government of Spain.

[1] Implemented by UN Women with the support of Spanish Cooperation, the project sought the effective promotion of women's leadership and political representation in the Department of Nariño. It was conducted in conjunction with the Alliance for Transparency and the Quality of Democracy, "Nariño Decides", whose technical secretariat is run by UNDP, and in coordination with public entities such as the Ministry of the Interior's Gender and Social Inclusion Secretariat.