“Years ago I went out to sell, people pushed me, throwing my things to one side [because I didn’t have the necessary permits]. We didn’t know how to sell; we ate some things and anything leftover went bad,” explains María Rosa Suquilanda, 54, a leader from the city of Cuenca, province of Azuay, in the southern mountains of Ecuador. “But now, thanks to these projects, nothing, not even a lettuce, goes waste.” 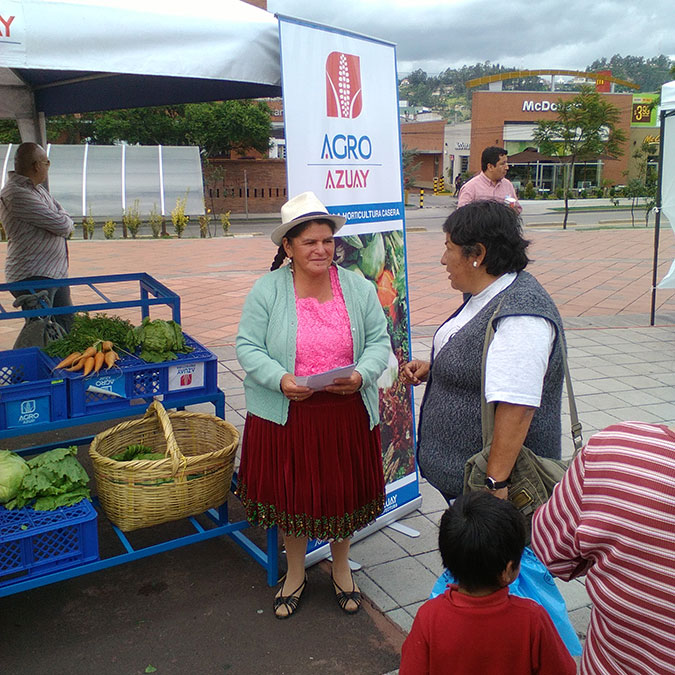 María Rosa Suquilanda sells her produce at a local fair. Photo courtesy of the Provincial Government of Azuay

Standing proudly amid piles of maize, beans, peas and fresh vegetables, she says: “We can go to market now because the provincial government gave us these spaces to sell our produce.”

Run by the provincial government, Agro Azuay is a fair trade company which markets local agricultural produce. In response to the demands of Azuay women’s organizations, the government began providing technical training through Agro Azuay and opened spaces for local women at its markets, where they can earn an income and build their autonomy.

Actions like these crystalize how Ecuador has integrated gender-responsive planning and budgeting at the provincial level.

Ms. Suquilanda has seen results beyond the markets: “I drafted a proposal for a water pipeline and submitted it for approval. The pipeline is very useful for women. We need water for our produce. They accepted the proposal and I myself am overseeing the work. This allows us to move forward.”

UN Women (and its predecessor organization, UNIFEM) has been encouraging such planning in local, provincial and national budgets in Ecuador since the year 2000. In its 2007 National Budget, Ecuador’s Ministry of Finance and Economy included gender equality as one of the criteria for evaluating, selecting and prioritizing project proposals. Since then, UN Women has worked with all levels of government, from national to local—including in four provinces last year—to introduce gender equality projects. 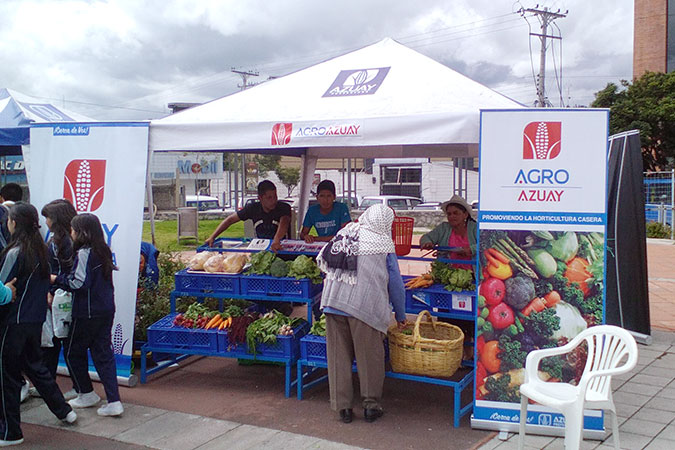 Local women like Maria Rosa Suquilanda sell their products at a local fair. Photo courtesy of the Provincial Government of Azuay.

At the provincial level, this has been championed through the “Women’s Agenda”—designated provincial spaces for grass-roots women’s groups to discuss and lay out their proposals in a document that bears the same name.

In Azuay, a key milestone was reached when the Women’s Agenda was formally included in the provincial budget planning process in 2012, with nearly 100 women participating from three cantons (districts). With continuous advocacy from UN Women, the province allowed participation to expand to more than 1,000 members, now covering 13 cantons and 15 parishes.

Ms. Suquilanda is both a participant in crafting the Women’s Agenda as well as its formal civil society representative on Azuay’s Provincial Planning Council, which decides how to allocate the provincial budget. She makes sure the Agenda is not sidelined. 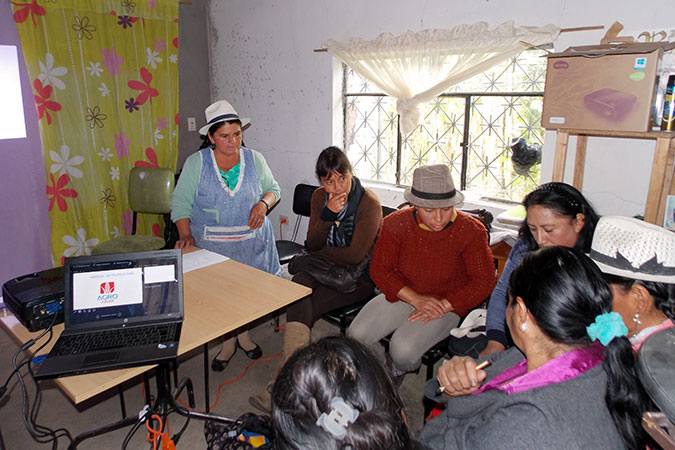 The experience is a success that has been shared with other local governments as a good practice in gender-sensitive planning and budgeting. 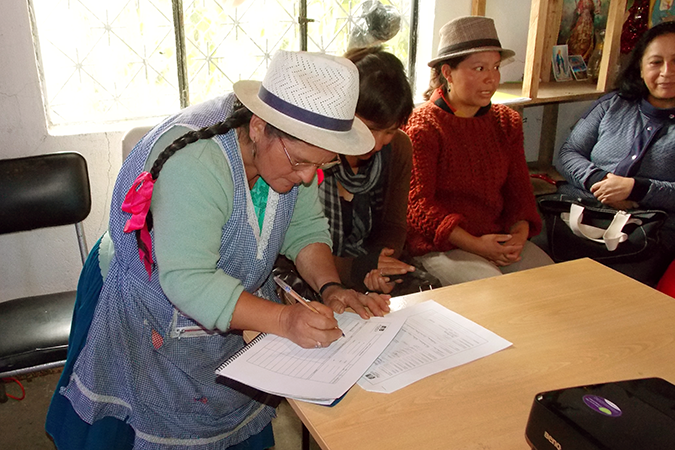 Maria Rosa Suquilanda (left) registers their participation in productive development activities, along with other women producers. Photo courtesy of the Provincial Government of Azuay.

The provincial government has also started a registry of what it spends in this area, using a “Classifier to guide spending in gender equality”. Used at the national level since 2012, it was approved for provinces and municipalities, for mandatory use beginning in 2016. The classifier is a financial management tool of the Ministry of Finance that provides a full view of investments in women’s economic empowerment, participation and leadership, ending violence and others related to gender equality and women’s empowerment.

In 2015, at the national level, the registry shows at least USD 364 million spent on gender-related programmes—significantly higher than the just USD 34 million in 2011—but this is still an underestimation, as civil servants continue to learn how to accurately classify spending.

“This tool will allow us to identify resources for gender equality at all levels of government across the country,” says Moni Pizani, UN Women Representative in Ecuador. “This will allow for more transparency and greater accountability in managing the use of public resources. It will enable us to see if the demands of women are really being taken into account in the development of provincial plans, to close gaps in equality and, ultimately, to guarantee the full exercise of women’s rights through the redistribution of power and resources.”