From where I stand: Khet Kumari Ghimere 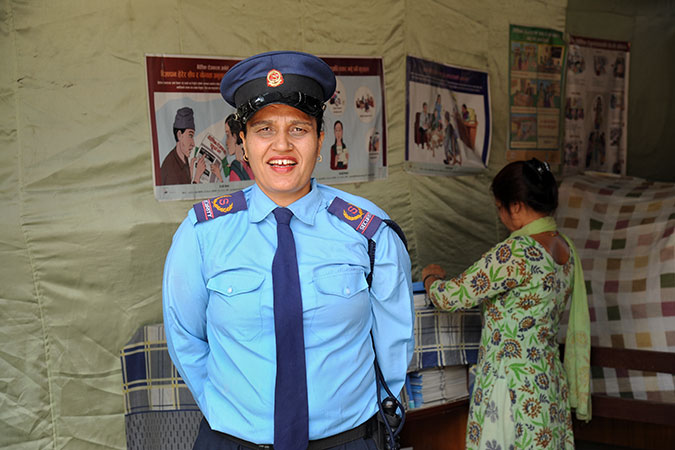 When I was 21, I went to Kuwait to work as a domestic helper. I loved children and the proposal to babysit two children of a senior police officer sounded like a good job for me. As soon as I arrived, I realized that my job was not just to ‘babysit’. I was expected to do everything—from cleaning the house to washing the cars, taking care of children to tending to the elderly family members. I worked for 20 hours a day, seven days a week, and hardly slept for more than two-three hours at night. My employer took away my passport and other travel documents. In addition, I had to compromise on my salary—I was promised 40 dinars a month, but paid only 35 dinars instead.

Two years later, when my employer’s 92-year-old father-in-law choked to death while eating, she accused me of negligence and fired me.

After returning to Kathmandu, I attended a month-long security guard training. The emergency shelter run by Pourakhi, an organization working for the rights of returnee migrant women in Nepal, needed a security officer and hired me.

This is the place I want to be in, helping other migrant workers who have suffered. Here, I’ve met women who ran away from their homes to escape poverty and hardships, and who were trafficked to brothels, or cheated by recruiting agents and made to work for free. At the shelter, they learn about their right to decent work and get back on their feet. They learn to speak out, call a spade a spade.”

Khet Kumari Ghimere works as a security guard at the emergency shelter for migrant women run by the organization, Pourakhi. Pourakhi, which means “self-reliant” in Nepali language, works to ensure the rights of women migrant workers through the entire process of foreign labour migration—from pre-employment to post-return support programmes. UN Women supported the establishment of Pourakhi, which is now a strong voice in Government committees on migration issues, and is now actively lobbying for the rights and entitlements of women migrant workers at home and abroad. Ms. Ghimere’s story is directly linked to Sustainable Development Goal 8 on promoting inclusive and sustainable economic growth, full and productive employment and decent work for all women and men, including equal pay for work of equal value, as well as Sustainable Development Goal 5 on promoting gender equality and women’s empowerment.