Take five: Migration and women’s rights—where do we go from here? 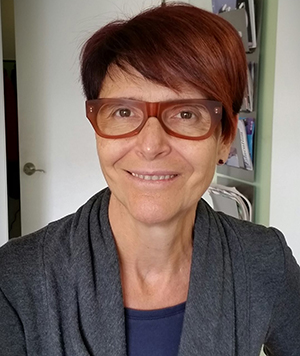 Donna Gabaccia is Professor of History at the University of Toronto and former Director of the Immigration History Research Center at the University of Minnesota. An award-winning author on gender and migration, Ms. Gabaccia was the keynote speaker at the Families on the Move conference, co-organized by UN Women, the Center for Global Affairs and NYU School of Professional Studies on 2 December, 2016, which examined how migration shapes and transforms families. The final papers presented at the conference will inform the 2018 edition of UN Women’s flagship report, Progress of the World’s Women: Families in a Changing World. In this interview, Ms. Gabaccia speaks to UN Women about the challenges and opportunities to protect women’s rights and support families in the context of migration.

How does migration impact women’s rights within families?

Migration often separates family members. In some societies, women who are left behind as the men in their lives migrate for work may have less decision-making power within the family—be it about property or education and mobility of their children. In some cases, they may have no claim or control over the remittances sent by emigrated men.

When women migrate, in some countries they may be unable to seek work independently or to report abusive husbands or partners. If unmarried and pregnant, they may be subject to criminal prosecution for their sexual activity and any children they bear may be taken from them or become stateless. Rights to inheritance may also be limited for women living away from their country of birth of citizenship.

Conversely, in some cases, migration can expand women’s rights and opportunities within families when they are economically empowered and key contributors to household incomes.

Is the scale of migration that we are seeing today unprecedented? How is it different now, specifically for women?

Today, 3.3 per cent of the world’s population is living outside their country of birth. Although the world has more people—both migrants and non-migrants—than ever before, the proportion of contemporary migration is roughly comparable to what it was 120 years ago.

However, there are significant differences in the patterns of migration. Many more regions of the world are involved in today’s migration systems, either as sending or receiving societies. Migration has become more global. Whereas men predominated among migrants in 1900, gender balance has been characteristic of most migrations since the middle years of the twentieth century. It’s also likely that relatively more women migrate long-distances independently today, as compared to the past.

In some countries, migrant women constitute the majority of care workers in today’s care economy. Indeed, the only significant form of female labour that has for the last 50 years been specifically targeted for labour recruitment by foreign countries is care work, in a variety of forms (from nursing to child or elder care and domestic service). However, care workers do not constitute the majority among female migrants. The largest group of women migrants in today’s world are refugees and women who migrate to unify families separated by earlier migrations of men, or to find safety.

What are the major data gaps in our understanding of gender and migration? In what areas do we need more data and why?

Most historical data on migration was “flow data”, meaning records that governments kept on the number of people entering or leaving their national territories. By contrast, much of the evidence on today’s migrants comes from census records that count “persons living outside the country of their birth.”

Most modern censuses capture sex disaggregated data, but in published statistical reports, most countries aggregate their census data on migrant occupations. Statistics on family relationships are even more limited. While it may be possible to identify the numbers of males and females in migrant populations in receiving societies, it is not always possible to know the gender, age or occupational groups within those migrant populations. Such data is critical for understanding the full impact of migration on gender and the gendered experience of migrants, and subsequently, for developing policies that leave no one behind.

What do policymakers need to do to ensure that women’s rights are protected when they migrate?

One of the biggest threats to women are policies that prohibit women from migrating. Such policies frequently emerge when the governments of sending countries seek to protect women from exploitation abroad. Limiting women’s mobility rarely helps them in achieving their own life goals or those of their families, therefore policies that ensure safe migration and prevent exploitation are far more effective in protecting and advancing women’s rights.

Both women and men must be protected from trafficking and exploitative labour. Although sex trafficking draws the most attention, most trafficked people work in highly constrained and exploitable but ordinary workplaces—as servants, agricultural workers or workers in semi-illicit industries, for example. Domestic work in private homes has been recognized for over three centuries as creating potentially exploitative work environments for disadvantaged women, yet, only 22 countries have ratified the ILO Convention on Domestic Workers (No. 189), which recognizes the additional vulnerabilities of women domestic workers.

Another area where policy action is needed is reunification of families separated by migration.

The next edition of UN Women's flagship report, Progress of the World’s Women will focus on "Families in a Changing World". How can laws, policies and public action support families in ways that empower and benefit women in the context of migration?

Laws and policies that create safe workplaces, ensure fair wages and offer rights to permanent residency, family unification and options for citizenship, have historically benefitted migrant women and their families. All these conditions prevail almost nowhere in today’s world. In mixed status families, where one parent has permanent residency and the other parent is clandestine, dependent, or out of status, power inequalities may get exaggerated and lead to abuse. The rights of citizen children are sometimes ignored when their parents are detained or deported. The children of migrant women still too easily become stateless in countries that tie women’s citizenship exclusively to their fathers or husbands. The rights of people to enter into non-heteronormative marriages and families and to have these marriages and families recognized by states is still extremely uneven around the world. By focusing on families, UN Women’s upcoming flagship report, Progress of the World’s Women, will make an important contribution to these emerging debates.

Related News
20/06/2013
Syrian women refugees face forced early marriages and restricted mobility: UN Women report
15/08/2022
Statement: ‘Meticulously constructed policies of inequality’ – Afghanistan one year on
15/08/2022
In focus: Women in Afghanistan one year after the Taliban takeover
08/03/2022
Women and girls lead humanitarian response to war in Ukraine
03/03/2022
Op-ed: What does the military offensive in Ukraine mean for women and girls?
END_OF_DOCUMENT_TOKEN_TO_BE_REPLACED