Women refugees find safe spaces to network, learn new skills and recover from the trauma of war and sexual violence in two Women Cohesion Spaces (WCS) supported by UN Women in Cameroon and funded by the Government of Japan and the Swedish Civil Contingency Agency (MSB). Many have regained their health after spending several months as hostages. 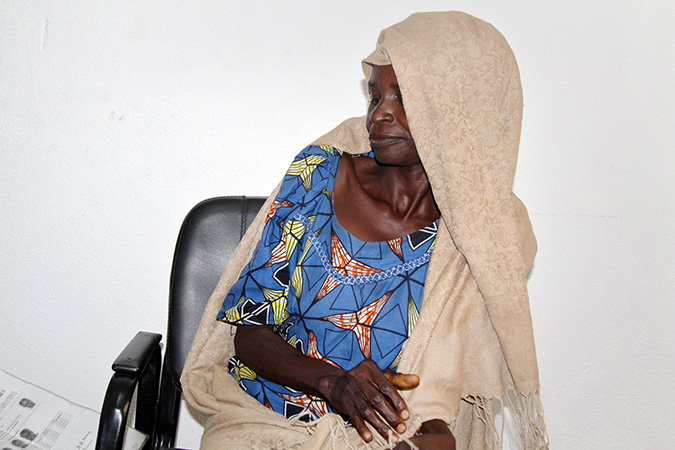 Thirty-six-year-old Saruta Andrawas is a former hostage of Boko Haram, widow and mother to four children. “They came to our village in Ndokchie…my husband wanted to run using a motorcycle, they caught him and killed him in front of me and our children,” she narrates, and describes her life in captivity with Boko Haram: “They later kidnapped us and took us to the mountains in a cave where we lived for three months. We used to eat only once a day and the same kind of food…every day they threatened to kill us. One night, we realized that they were not standing there with guns. We managed to escape.”

Andrawas and her three children escaped to the Minawao refugee camp in the Far North region of Cameroon, where they found refuge at the Women Cohesion Space (WCS), supported by UN Women. There, she received psycho-social assistance and counseling to regain her health. 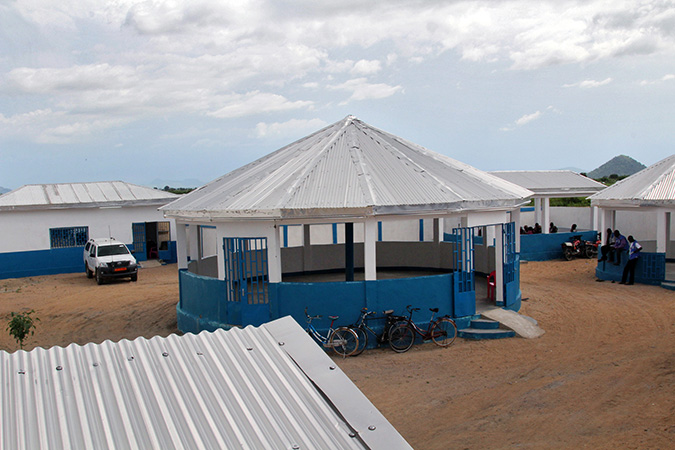 Andrawas is among 140 other refugee women who have also received training on income-generating activities at the Women Cohesion Space. She learned how to develop a business plan, keep daily records, and manage cash flow and credit. She also received bags of groundnuts and a grinding mill to start her own business of processing and selling oil. 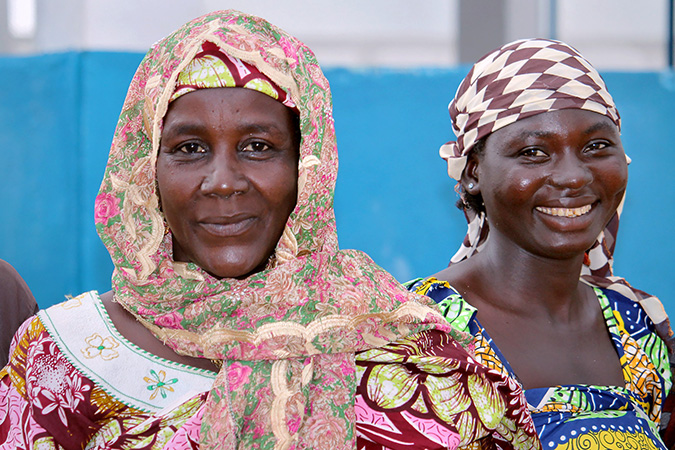 Awal Wakili Moussa, Vice President of the Managing Committee of the Women Cohesion Space in Minawao (centre). With the economic assistance she received from UN Women, Moussa set up her own business. She now lives in the host community of Gawar, and organizes meetings between women refugees and the host community to facilitate understanding and cohesion. Photo: UN Women Cameroon/Fajong Joseph

Since April 2017, UN Women has been implementing the project, “The Fight against Extremism through Adequate Support to Women and Girls Former Hostages of Boko Haram”, funded by the Government of Japan, and with support from The Swedish Civil Contingency Agency (MSB). The project has constructed two Women Cohesion Spaces in the Minawao camp. 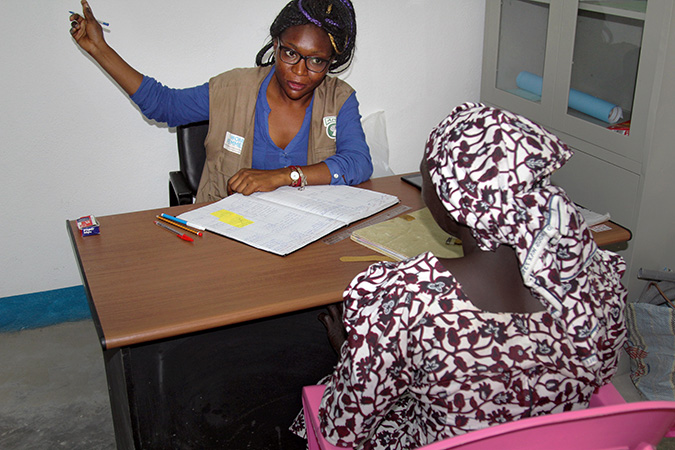 Field Social worker Carine Nguetsop, with UN Women’s implementing partners counselling a former hostage of Boko Haram in one of the safe rooms at the WCS at the Minawao refugee camp. Photo: UN Women Cameroon/Fajong Joseph

The Women Cohesion Spaces provide safe spaces where women refugees and survivors can access a package of services, including psychological treatment and economic assistance. They share information and learn new skills, such as dress-making and small business management. They also receive direct referrals to medical, legal and judicial services. By addressing the urgent needs of vulnerable women and girls and providing them with the opportunity to earn an income at the same time, the project builds their resilience as they emerge out of captivity and violence perpetrated by Boko Haram, Nigeria's notorious militant group. 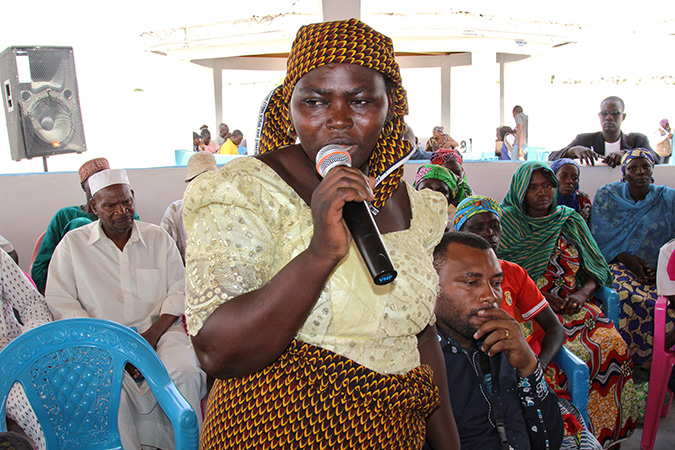 Grace Ali, President of female refugees at the Minawao refugee camp, thanks UN Women and donors for providing them with WCS and lifesaving assistance at the camp. Photo: UN Women Cameroon/Fajong Joseph

“With the presence of Women Cohesion Space at the Minawao refugee camp, we have noticed remarkable reduction in gender-based violence,” says Grace Ali, President of the Female Refugees in Minawao.

Ali is 25 years old and a refugee from Nigeria. The project has helped her develop leadership skills. “I always do the report of our meetings and also draft letters and announcements to the community. Personally, this space has helped me a lot...It has also helped many other families here at the refugee camp,” she adds. 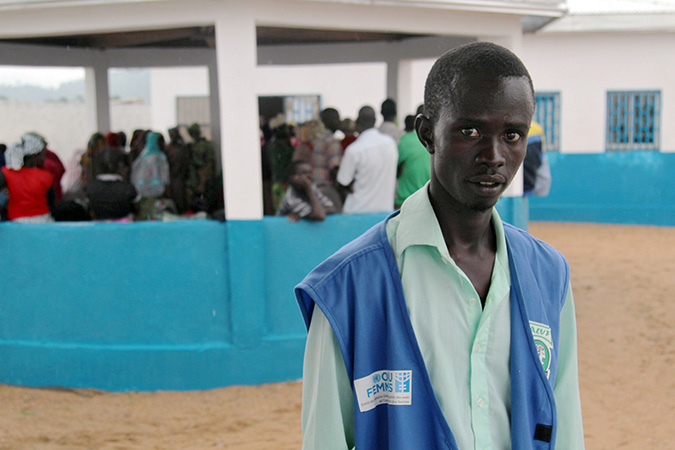 Raising awareness among host community leaders, refugee women and men about preventing gender-based violence is not only a woman’s job at the camp. Ibrahim Andruws was only 30 when his village was attacked by Boko Haram in 2013. After escaping forced recruitment by Boko Haram, he settled in Cameroon at the Minawao refugee camp. As a Community Worker at the camp, Andruws mobilizes both male and female refugees to attend meetings at the Women Cohesion Spaces. “When I started working, it was very difficult to convince men to come for meetings and to talk about gender-based violence; it was considered a taboo,” says Andruws. “But I am happy that today most of them understand what we do and we have even become friends.”

Thirty-six-year-old Rakia Zackaria is a case in point. She lost her husband and one of her children to Boko Haram in February 2016. She and her five children arrived at the Minawao refugee camp in a state of trauma and vulnerability.

“Since I arrived here with my five children, life was very difficult. We did not have sufficient food to eat,” explains Zackaria. “Today, I am happy that UN Women has identified our needs and has responded accordingly. With these economic kits that UN Women has given us, I will be able to do what I like doing best—selling! Back in Nigeria, I used to sell drinks.”

UN Women has been distributing economic kits that contain raw materials and equipment, such as sewing machines and grinding mills to process oil, rice and millet, to help women start their own business. Zackaria’s kit contained salt, bags of rice, cartons of soaps and detergents that she will be able to sell in the market at the camp.

Building on the experience at the Minawao Refugee Camp, UN Women has built similar safe spaces for women in Ngam and Gado-Badzere refugee sites in the Adamawa and East Regions of Cameroon, which are also receiving an influx of refugees fleeing crises from neighboring Central African Republic.