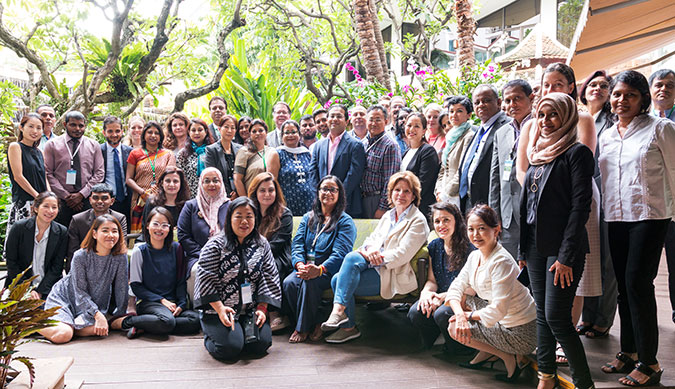 Participants at the closing of the “Engaging communities in approaches to countering violent extremism and incitement,” Forum in Bangkok. Photo: UN Women/Pairach Homtong

Recent years have seen a dramatic rise in terrorist activities around the world, including in South and South-East Asia. The 2016 Global Terrorism Index ranks South Asia as the second most affected region in the world. Women and girls are impacted by rising extremism differently than men and boys. They are often the first victims of violent attacks, their rights and mobility, as well as economic capacities are compromised even more than their male counterparts. But they also play a vital role in preventing the spread of extremist ideology and activity. As community leaders and as mothers, wives, sisters and daughters in family settings and professionals, they shape the values of community members.

To share experiences and best practices towards building peaceful communities in South and Southeast Asia, women activists, civil society representatives, experts and governments came together in Bangkok, Thailand, from 25-29 September in a forum hosted by UN Women and the Counter Terrorism Executive Directorate (CTED), with the support of the Government of Japan.

The Forum, titled “Engaging communities in approaches to countering violent extremism and incitement”, drew upon partnerships and experiences from UN Women’s new regional programme on preventing violent extremism in Asia, which is being implemented this year in Bangladesh and Indonesia. Funded by the Government of Japan, the innovative programme prioritizes women’s leadership and participation within local communities to reverse the growing threat of extremism through improved social cohesion and economic empowerment.

In a series of workshops during the Forum, experts shared successful community-based approaches and good practices in supporting women as leaders to countering terrorist narratives in both on-line and off-line spaces. Forum participants also highlighted the need for improved mechanisms to enable dialogue between governments and civil society actors for addressing early warning signs of extremism.

Other issues that were discussed included, responding to the needs of returned foreign fighters, integrating youth in prevention activities, countering terrorist narratives in online and offline spaces and the diverse roles of women across the spectrum of prevention and response efforts.

Yenny Wahid, head of the Wahid Foundation in Indonesia, shared how law enforcement and governments often focus on responding only to the terrorist acts, and fail to address intolerance as a root cause of radicalism. The Wahid Foundation’s work, with the support of UN Women, provides micro-finance support to women and brings women of diverse religions and beliefs together to build dialogue and strengthen tolerance within communities. 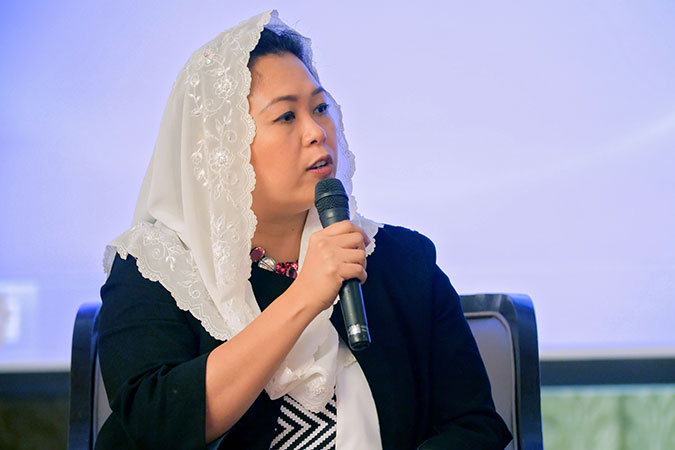 Yenny Wahid, head of the Wahid Foundation in Indonesia at the “Engaging communities in approaches to countering violent extremism and incitement,” Forum in Bangkok. Photo: UN Women/Stuart Mannion

“Women are a potential bearer of peaceful messages in communities,” says Wahid. “We empower them to find their voice, to be involved in policy-making in their respective areas, be that villages, the town they live, or to be active politically on a national level. The aim is to empower women with the hope that by empowering them it will change the dynamics of their communities, and lead to the promotion of peace and tolerant messages.”

Participants at the Forum also agreed that using new forms of media and adopting creative approaches are essential to countering extremist ideology in the online space. Extremist organizations promote damaging gender stereotypes in recruiting young men and women– glamorizing men’s engagement in violent activity and encouraging young women to join their cause through marrying fighters and bearing children. Therefore, innovative and dynamic initiatives are essential in promoting messages that counter these harmful narratives. 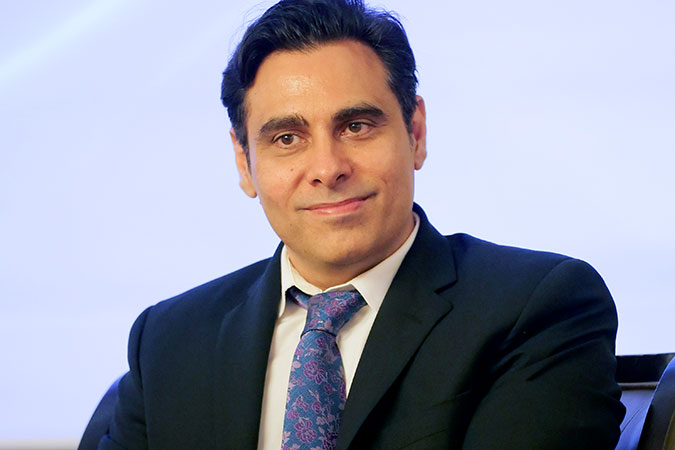 The high-impact success story shared at the Forum was “Burka Avenger”—the first-ever animated superhero TV series made in Pakistan, which has claimed numerous international awards, including a Peabody, and was nominated for an Emmy. Forum participant and creator Aaron Haroon shared his experience of making the show, and the importance of having a female superhero who fights for “Peace, Justice and Education for All” and who reaches children and adults alike across Pakistan, India, Afghanistan and Indonesia. Speaking of his motivations in creating the character, which is watched by 85 per cent of children in urban areas of Afghanistan, Haroon said: “I read about girls’ schools being shut down by extremist elements in Pakistan…I imagined this superhero character, where she puts on a Burka costume disguise to fight back. I felt it was very important to try and change hearts and minds.”

Alison Davidian, UN Women Programme Specialist, shared that women have been engaged in conflict prevention work at the grassroots for decades and that these experiences hold critical lessons for the design and implementation of preventing violent extremism initiatives. However, these women rarely have access to the decision-making rooms where policies are developed. “We need women [in policy-making spaces], and we need diverse women, from all backgrounds and experiences,” stressed Davidian.

UN Women’s regional programme on preventing violent extremism takes a four-track approach, working with governments to ensure that national and regional counterterrorism policies and strategies are informed by women’s experiences; developing research on the gender implications of extremism; expanding women’s economic resilience; and increasing their leadership and participation in preventing the spread of extremism within their communities, for instance, by building their capacity for identifying early warning signs and promoting their engagement with new and traditional media to build effective counter narratives to extremism.

Reflecting on the discussions at the Forum, UN Women Regional Director for Asia and the Pacific Miwa Kato urged that the only way to effectively prevent violent extremism was by engaging everyone who had a stake in upholding sustainable peace: “Communities must be engaged in order to strengthen the voices of civil society, women, and youth in spreading positive messages of peace.” 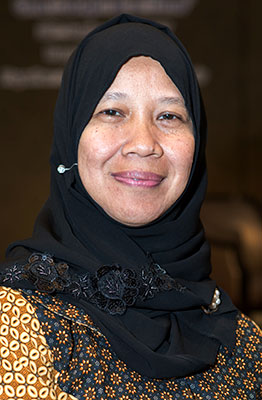 “In relation to violent extremism, there are many roles of women. Women are educators, campaigners, financers, brides, logistic arrangers—with each group of women, we have a different approach. For the women that become agents of the radicalization of their husbands, we have to strengthen these women so that they have the courage to say no to their husband.” 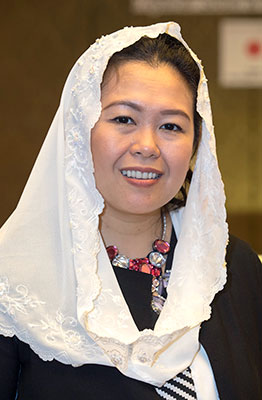 “Women are the connectors – to societies, communities, families. To include women with their influence from the smallest unit within the family to decision making processes politically is a very sound decision. Once women have found their voice they are committed to the cause.” 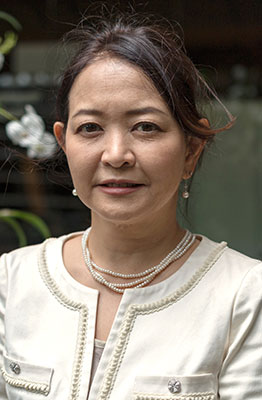 “In countering violent extremism, all-of-society approaches and public-private-partnerships have never been so important. We need to identify and mobilize more community stakeholders and break down firewalls between the public and private sectors.” 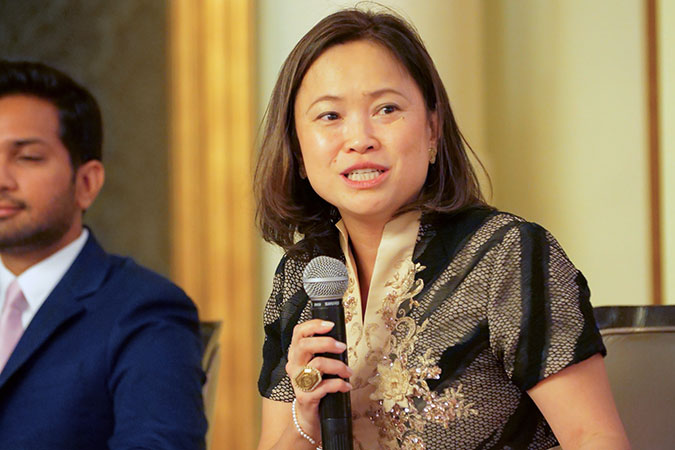 Related News
07/12/2020
Viet Nam and United Nations convenes global conference to accelerate action on global commitments on women, peace and security
21/10/2020
In the words of Miriam Coronel-Ferrer: “I became the first female negotiator to sign a final peace accord with a rebel group”
21/07/2019
Inclusive peace in Afghanistan means ‘women at the centre’, urges UN deputy chief in Kabul
27/03/2019
Using comedy to promote equality and peaceful communities
17/09/2018
From where I stand: "I believe women should be involved in peacekeeping operations"
END_OF_DOCUMENT_TOKEN_TO_BE_REPLACED