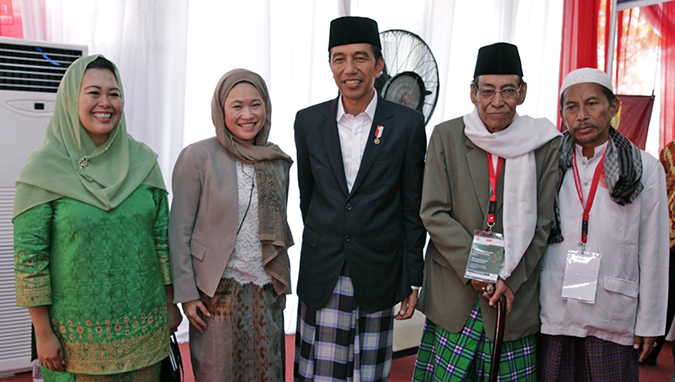 President Widodo, who in 2015 announced his support to UN Women’s HeForShe global initiative to advance gender equality, joined with UN Women and the Wahid Foundation, with the support of the Government of Japan, to celebrate the contribution of women entrepreneurs in local development and to emphasize women’s roles in promoting peaceful coexistence and resilient communities. 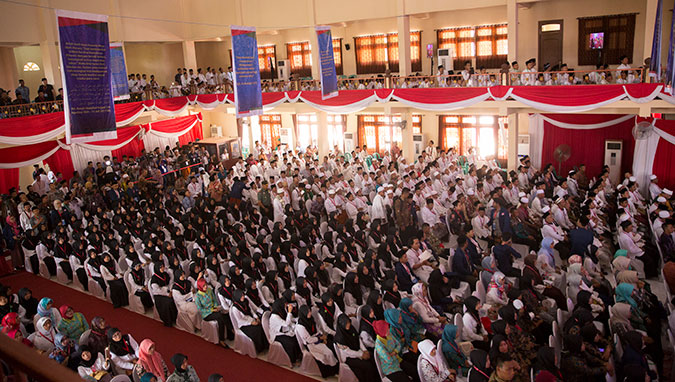 The massive gathering in Pesantren Annuqqayah on Madura island, East Java, under the theme “Together for Peace: Respect, Safety and Dignity for All”, brought together religious leaders, santri and santriwati, and women's economic groups to take part in a range of dynamic events including a panel discussion on how Madura women contribute to peace, a community-led, collective peace oath, cultural performances and a bazaar hosted by women’s entrepreneurs showcasing their products.

President @jokowi: Women are the key to sustainable peace, from family, to country, to the world.https://t.co/aetqnEvF82 #WomenEmpower4Peace pic.twitter.com/AEJPn4LOpH

In his speech during the International Day of Peace commemoration, Indonesia’s President Joko Widodo said, “Women are the key to sustainable peace, from family, to country, to the world. Peace cannot be forced, but cultivated. I congratulate this partnership with UN Women and Wahid Foundation, “Empowered Women, Peaceful Communities”, which will build peaceful societies. Let’s build and spread the value of peace to the country and to the world.”

Supporting women’s empowerment to build social cohesion is the goal of UN Women’s new “Empowered Women, Peaceful Communities” programme, supported by the Government of Japan. Under this programme, UN Women and the Wahid Foundation have partnered to promote women’s leadership and economic empowerment to build social cohesion and strengthen resilience at the community level. 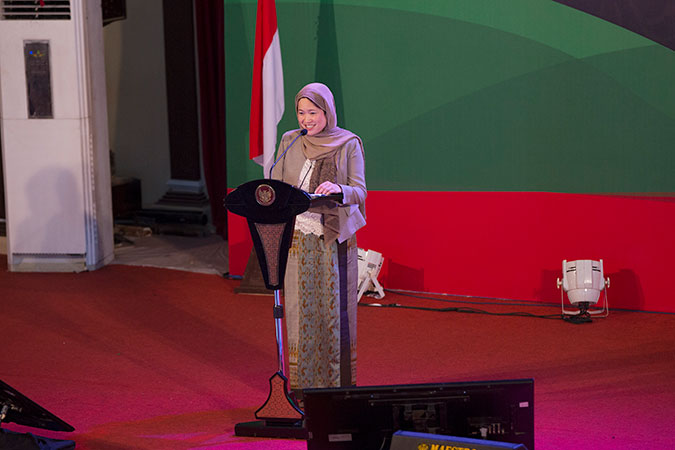 Miwa Kato, Regional Director of UN Women Regional Office for Asia and the Pacific said: “Women have a unique position to positively influence their families, communities, and society as a whole to build peace and tolerance. By investing in women and girls, by ensuring they can participate in the economic, political and social life of their communities, and by valuing their contributions – Sumenep, the island of Madura, and Indonesia will be stronger, more inclusive and more peaceful”.

Yenny Wahid, head of the Wahid Foundation, added: “By empowering women we know that it will strengthen the dynamics of their communities to be peaceful and tolerant. This is good for women, good for communities, and good for Indonesia”.

Related News
23/10/2017
In the words of Hikmah Bafagih: “Our vision is to create an inclusive Islam, having people oppose me is very common”
26/02/2021
ASEAN, Canada and UN Women jointly launch a 5-year programme to advance Women, Peace and Security Agenda
07/12/2020
Viet Nam and United Nations convenes global conference to accelerate action on global commitments on women, peace and security
21/10/2020
In the words of Miriam Coronel-Ferrer: “I became the first female negotiator to sign a final peace accord with a rebel group”
21/07/2019
Inclusive peace in Afghanistan means ‘women at the centre’, urges UN deputy chief in Kabul
END_OF_DOCUMENT_TOKEN_TO_BE_REPLACED