Bringing women on equal footing with men in Kosovo* Police

Police work in Kosovo has been primarily seen as a man’s job. In 2010, only 12.5 per cent of Kosovo Police officers were women, and more than twice as many women (33 per cent) left the force after joining, compared to men (14 per cent) [1].

Low salaries and harsh conditions are often attributed to the low number of women in the police force [2], but prevailing gender stereotypes create additional barriers. 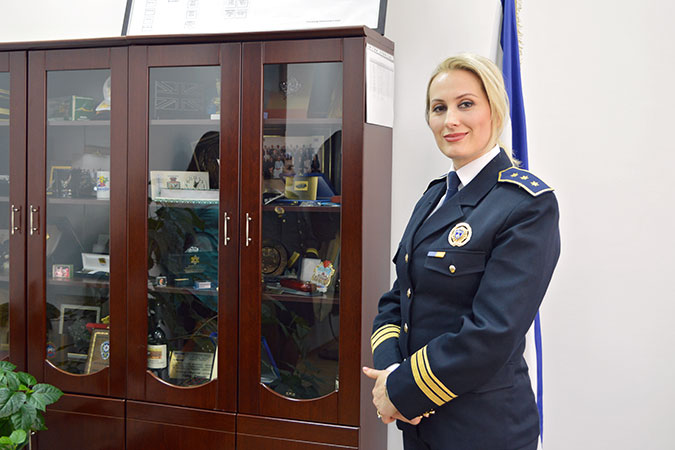 Colonel Taibe Canolli, Director of Personnel and Administration and President of the Association of Women in the Kosovo Police. Photo: UN Women Kosovo/Solène Moutier

“When we first joined the police, there was only small number of women, and there was prejudice, stereotypes and mistrust. Women in the police force were expected to demonstrate their capacity much more than men in order to be successful,” recalls Colonel Taibe Canolli, President of the Association of Women in the Kosovo Police (AWKP).

Established in partnership with UN Women in Kosovo, the Association of Women in the Kosovo Police trains and supports women to take on leadership roles, and break the stereotypes and cultural barriers that discourage women from joining the security sector. Since the establishment of the group in 2013, the percentage of women in the Kosovo Police has risen to 15 per cent. But managing police work and family responsibilities can be difficult for women police officers.

Colonel Canolli is married and has a five-year-old son. When asked about work-life balance, she responds: “Of course it is not that easy to balance work and personal life due to the obligations that come from the profession and from the role of a wife and mother.” Having the necessary support at home and supportive colleagues are critically important for women in the force, she adds. 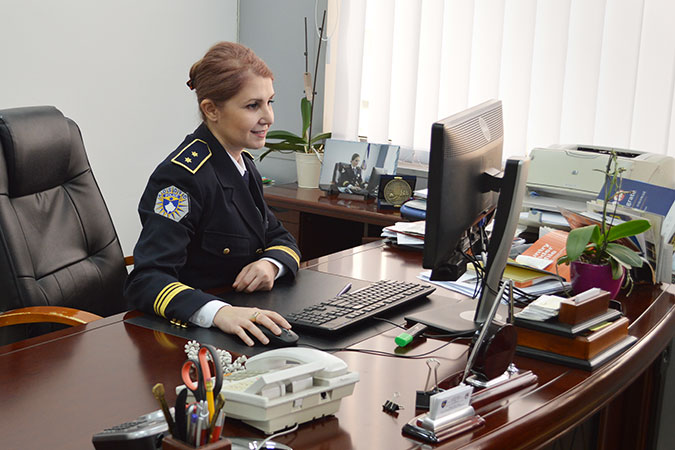 For women, policing comes with dangerous situations and long working hours that take them away from their families. They may be called upon to patrol the streets during holidays and elections and to maintain public safety and order during times of unrest. The burden and expectation of care work at home that women traditionally provide, can create additional challenges.

Over the years the Association has created a network of support systems for women in the Kosovo Police. It has completed several projects on promoting gender equality; encouraged more women to apply for security positions; facilitated healthcare for women, as well as provided professional trainings on gender, leadership and management, in order to retain and assist women officers in advancing their careers.

Less than two years after its establishment, the AWKP became an independent organization. “In order to ensure the sustainability of the Association, UN Women made sure that women in the police had ownership of the entire process,” says Flora Macula, Head of Office, UN Women Kosovo. Today, the Association has more than 800 members, including men and women, members from minority communities, and uniformed, ununiformed, as well as civil staff.

Global data and research has long indicated that employing women on the frontlines of justice sector service delivery—as police, corrections officials, legal representatives, etc.—as well as decision-makers, creates justice systems that are more gender-responsive. For example, increasing the number of female police officers positively correlates with an increase in reporting of sexual violence [3]. 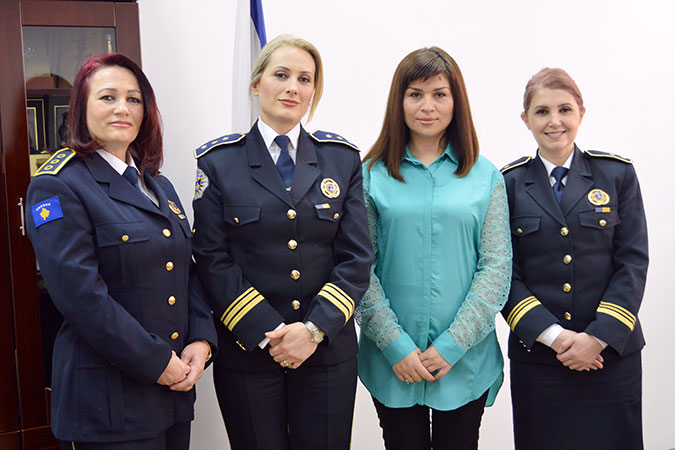 With more women in the force, the Kosovo Police are able to bring a gender-sensitive approach to their work. Captain Tahire Haxholli is Head of the Kosovo Police Unit that deals with domestic violence and child abuse. “Focusing on women and gender issues was one of my main motives behind joining the security sector,” says Captain Haxholli. “Women must be provided security, protection and necessary treatment. It is easier for a female officer to approach a woman experiencing abuse,” she adds.

The police are often the first to respond to calls concerning domestic violence and play a critical role in upholding the rights of survivors. While the majority of Kosovars say they would turn to the police for assistance with domestic violence (73.6 per cent), many still do not trust officers to follow through with investigations [4]. Women in the police, such as Captain Haxholli, are working hard to change the culture of normalizing and dismissing cases of domestic violence.

In addition to the support provided to the Association of Women in the Kosovo Police, UN Women in Kosovo works on gender-sensitive police reform and incorporating gender into security policies and procedures, as well as within police training curricula, contributing towards the commitments under UN Security Council resolution 1325.

[4] Kosovo Women’s Network (2015). No More Excuses: An Analysis of Attitudes, Incidence, and Institutional Responses to Domestic Violence in Kosovo, Pg. 65. Available from http://www.womensnetwork.org/documents/20151124105025622.pdf

Related News
21/05/2015
“Progress for women is progress for all” – Lakshmi Puri
18/05/2015
Gender equality related aspects of the post-2015 development agenda and trade and development policies – a speech by Lakshmi Puri
15/01/2019
From where I stand: “I was the first woman to apply for a firefighter’s job”
07/09/2018
In Serbia, mothers and their children with disabilities find hope in jam
16/11/2017
In Georgia, businesses step up to support survivors of domestic violence get a fresh start
END_OF_DOCUMENT_TOKEN_TO_BE_REPLACED