Participants at the Asia-Pacific regional dialogue on "Women's Economic Empowerment in the Changing World of Work". Photo: UN Women/Yoomi Jun

The Asia-Pacific policy dialogue on “Women’s Economic Empowerment in the Changing World of Work”, held at the United Nations Conference Centre in Bangkok from 23–24 February, concluded by recommending decisive measures to remove the barriers to women’s economic empowerment. The meeting, organized by the UN Women Regional Office for Asia and the Pacific and the United Nations Economic and Social Commission for Asia and the Pacific (ESCAP), in collaboration with other UN agencies, made action-oriented recommendations to turn the tide on gender inequality and ensure equal access to decent work for all. The recommendations will inform the upcoming Commission on the Status of Women (CSW61) in New York in March 2017.

High-level representatives from Ministries responsible for the advancement of gender equality and Ministries of Labour from 16 countries, along with experts and practitioners from the private sector, academia, trade unions, civil society organizations and the United Nations, discussed the gender-differential impact of regional trends on women’s ability to participate and lead in the workplace on par with men. The participants deliberated upon issues of rapid technological advancement, changing demographics, the role of private sector in emerging economies, climate change and structural issues of gender-based discrimination and violence that impede women’s progress.

In her opening remarks, Miwa Kato, Regional Director of UN Women Regional Office for Asia and the Pacific, said: “The Asia-Pacific region has an important role in the global economy. However, we know that women are already disadvantaged. Recent research indicate that gender equality boosts economic growth, but that economic growth does not always promote gender equality. Women’s economic empowerment and inclusion in the future world of work is essential for the collective well-being and the future of our integrated and global economy. We need policies, dialogue and concrete action to make the change happen.” 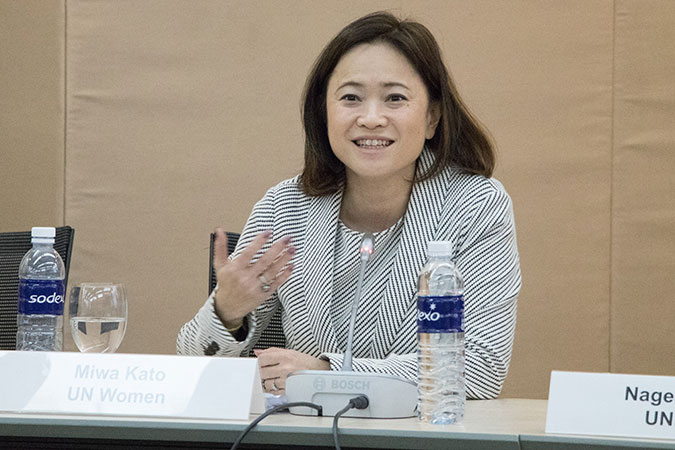 As the region experiences erosion of social protection and labour rights, women’s burden of unpaid care work is increasing in response to austerity measures, aging populations and rising dependency ratios. Asia-Pacific is also the most disaster-prone and climate change affected region in the world, with severe consequences for women’s livelihoods.

“Unpaid care work imposes a systematic time-tax on women,” stated Jocelyn Villanueva from Oxfam in her presentation on the need to recognize, reduce and redistribute care.

“Violence against women is a human rights violation, but also an economic issue—women lose out, but so do businesses and ultimately the economy,” stressed Anna-Karin Jatfors, Deputy Regional Director of UN Women Regional Office for Asia and the Pacific.

Women in the region are more likely than men to be in vulnerable jobs. In 2016, the vulnerable employment rate was 80 per cent for women and 72 per cent for men in South Asia [1]. Likewise, in South-East Asia the rates were 60 per cent for women and 53 per cent for men, respectively[2]. Of 231 million migrants around the world, 60 million can be found in Asia and the Pacific. About 95 million migrants in the world come from this region. Half of them are women[3]. There are also rising concerns about the high numbers of female migrant workers channeled into domestic work and low-end manufacturing supply chains, where labour regulations and protections either do not apply or are not enforced. 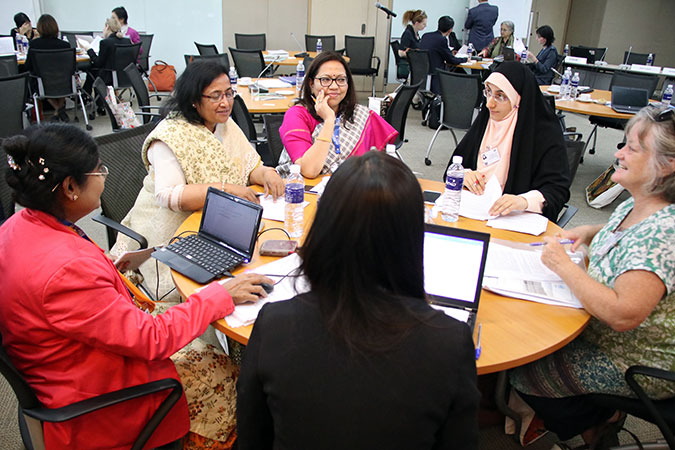 In the meantime, rapid advances in technology are changing the way the world works and the world of work, everywhere. Yet, for many women business owners in Asia-Pacific, the potential of ICTs is out of reach due to their lack of ICT know-how and equipment at various stages of the supply chain. “The gender gap in innovation and digitalization is stark and will further disadvantage women as jobs are transformed,” underlined Atsuko Okuda, Chief of the ICT and Development Section, ESCAP.

As the majority of women in this region are working in the lower end of the value chain, technological upgrading and atomization will displace women workers disproportionately. “We should not miss the opportunity to pay attention now to be aware of the technological developments that will be important for women’s economic empowerment in the future,” highlighted Anshul Sonak from Intel Technology Asia Pte. Ltd.

“We need a just and equitable transition into energy democracy with women leading and managing clean renewable energy sources and green technology,” added Kate Lappin from Asia-Pacific Women, Law and Development (APWLD). “Labour-saving technology has the potential to reduce women’s time and work burden and improve their livelihoods and economic status,” explained Mayling Flores Rojas of the Food and Agriculture Organization (FAO), emphasizing one of the bright opportunities of the changing world of work. 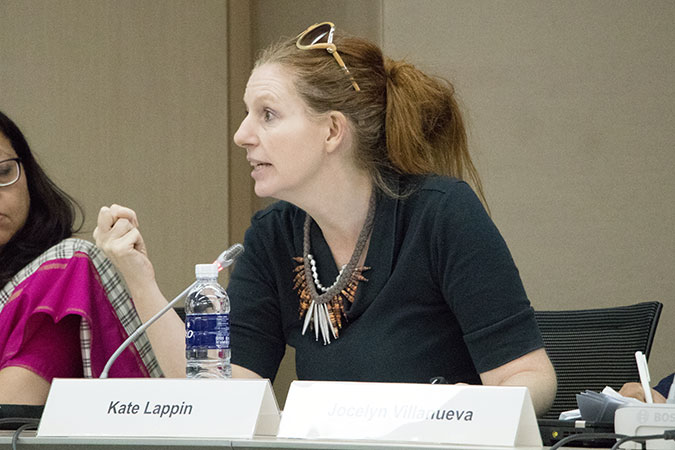 Key recommendations made by participants include:

Participants in the policy dialogue are expected to be part of the official government and civil society delegations for the negotiations at the 61st session of the United Nations Commission on the Status of Women in New York in March 2017. Their recommendations will also inform the High-Level Political Forum on Sustainable Development taking place in July 2017, where UN Members States will deliberate the eradication of poverty and the promotion of prosperity in today’s changing world.