Abolishing chhaupadi, breaking the stigma of menstruation in rural Nepal

In rural Nepal, menstruating girls are banished to sheds called “chhaupadi”, where they suffer in cold and isolation, often at risk of illness and animal attacks. To stop the practice, which has been outlawed since 2005, Restless Development Nepal has partnered with the UN Trust Fund to educate young people and break the myths about menstruation in their communities. 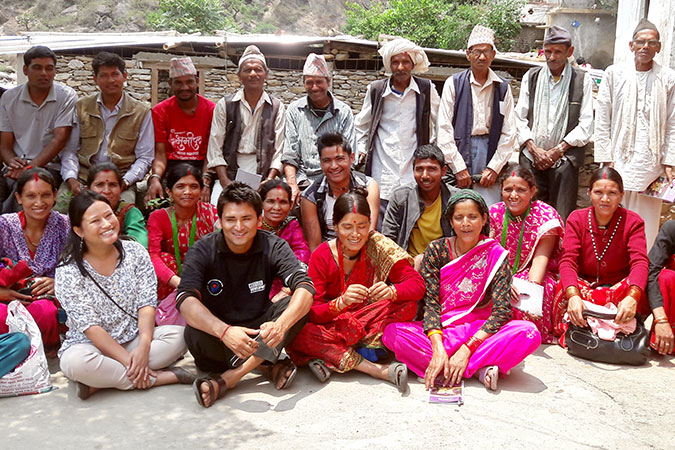 As soon as Kapetha Fhatri* started menstruating, she was banished to the “chhaupadi”—an isolated shed outside her village—until she stopped bleeding. Alone in this shed, she was to have no contact with her family and denied nutritious food. Like other menstruating women and girls, Fharti was prevented from bathing and accessing clean water sources used by the villagers. Attending school was out of question, since menstruating girls are considered impure.

A vast majority of girls and women in the far and mid-western regions of Nepal experience the harmful traditional practice of chhaupadi. In the chhaupadi, girls and women are routinely exposed to cold and face heightened risk of sexual violence and animal attacks. In some areas, women are also forced to give birth in the chhaupadi hut and remain there for up to two weeks under the same restrictions, jeopardizing the health and wellbeing of mothers and infants.

Although the Supreme Court of Nepal banned chhaupadi in 2005, and in 2010 the National Plan of Action against Gender-Based Violence in Nepal recognized it as a harmful practice and a form of violence against women, the practice continues, fueled by myths and ignorance. 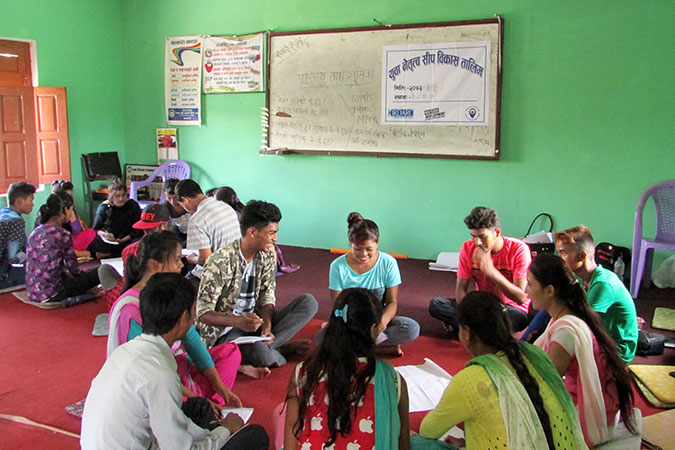 Using personal hygiene and sexual and reproductive rights as entry points, Restless Development Nepal is working towards eliminating chhaupadi in four districts in the far and mid-western regions of the country. The programme, which is supported by the UN Trust Fund to End Violence against Women (UN Trust Fund), administered by UN Women on behalf of the UN system, works with young people as peer educators and provides education and support to community leaders, traditional healers, local governments and organizations. In just two years, it has trained 131 peer educators and its activities have reached over 20,000 girls and women, and 15,000 boys and men. Prior to the programme, almost 20 per cent of girls and women used to sleep in a chhaupadi hut during menstruation; now the prevalence is down to 5 per cent.

Danni Mayath*, a member of a mother’s group in Kailali district, said: “Most of us came to know that we had been following unwarranted myths related to menstruation all this time. We avoided milk, curd and other dairy products and stayed in the chhaupadi sheds while menstruating. We learned from the peer educators that it is totally [the] wrong practice.” She went on to say, “nowadays, most of us stay in our homes [during menstruation] and eat nutritious food and dairy products. The practice is gradually disappearing in our community.”

Bransa Jishi*, a teacher at a primary school agrees: “After the implementation of the project in our school [and] community, we can see some changes… I think the project should be further continued in community and school level as change in the behaviour and perception happens slowly.” 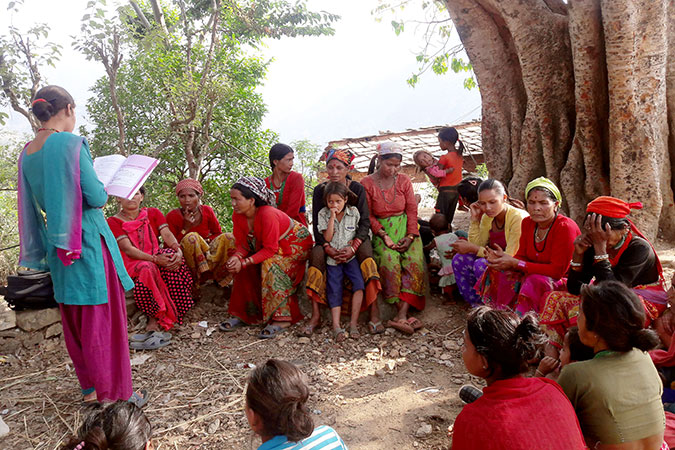 A peer educator in Doti conducts a session on menstruation, menstrual hygiene, and myths regarding chhaupadi and different forms of discrimination during menstruation. Photo Courtesy of Rupa Joshi.

Many traditional healers have also started to change their mindset about chhaupadi. This is a significant development as the traditional healers are influential within the communities and young people in the community have expressed that they need the larger community to support them in eliminating the practice. Rati Nata*, one of the traditional healers involved in the programme said: “After participating in the training, I have convinced my wife to stay inside the home, regularly take [a] bath and have nutritious food while menstruating. She has been doing this and nothing bad has happened. Now, giving example from my own home, I have tried to convince my neighbours about negative consequences of discrimination during menstruation.”

Restless Development Nepal is a youth-led organization that delivers peer to peer programming on sexual and reproductive health and gender-based violence education to adolescents and youth in and out of school. The UN Trust Fund has been supporting their programme to eliminate the practice of chhaupadi since 2015.

*All names and locations have been changed to protect the privacy of the individuals.

Related News
22/01/2020
From where I stand: “I didn’t let myself become a victim; I used my pain to rise.”
13/04/2020
From where I stand: “I want to hug my daughter and take care of my parents, but this sacrifice needs to be made to keep them and others safe”
13/06/2018
In the words of Nidhi Goyal: “These spaces belong to everyone”
01/05/2015
UN Women to address gender-based violence in the aftermath of the earthquake in Nepal
22/04/2015
In the words of Edith Chukwu: I want to see a world free of violence against women and girls
END_OF_DOCUMENT_TOKEN_TO_BE_REPLACED