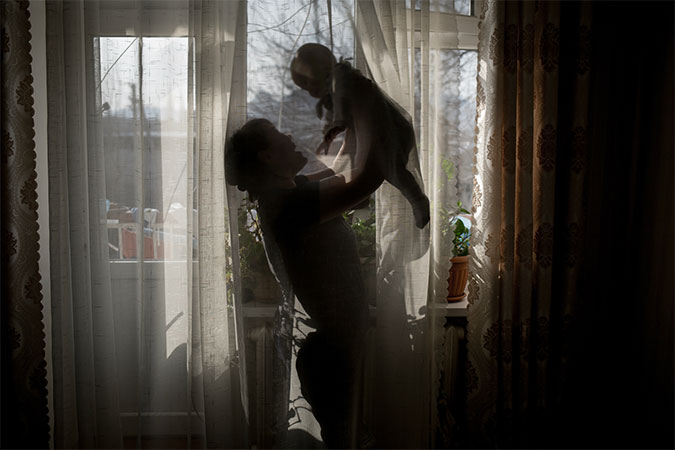 A father raped his daughters for several years...An uncle abused his two-year-old nephew...A husband battered his wife to death in front of their children…In recent years, stories of such abuse have dominated the daily news in Kyrgyzstan.

On 28 April, Kyrgyzstan adopted a new law "On Safeguarding and Protection Against Domestic Violence", which culminated from three years of joint advocacy by the Forum of Women Parliamentarians, the UN Secretary-General’s UNiTE to End Violence against Women campaign, civil society partners and the UN Gender Thematic Group, which consists of representatives from UN agencies in the country.

The law was welcomed by gender equality advocates and the public alike, as it improves protection measures for survivors and addresses implementation gaps in the previous domestic violence legislation.

Globally, domestic violence remains a problem of enormous magnitude, across the world. It is estimated that 35 per cent of women worldwide experience intimate partner violence in their lifetime. In Kyrgyzstan, 23 per cent of women aged 15 – 49 years report having experienced physical violence, and only two in five women report physical or sexual abuse to police or local authorities.

Some fast facts on domestic violence in Kyrgyzstan (National Statistical Committee of the Kyrgyz Republic, 2010-2014):

"According to the new law, anyone who is aware of domestic violence occurring can now report it and the police will be obliged to respond and take all necessary actions to address the violence,” says gender expert Zulfiya Kochorbayeva, member of the UNiTE initiative in Kyrgyzstan and involved in drafting the new law. “Previously, only survivors could report to the police, and since survivors might be pressured by perpetrators and the relatives, many of them either did not go to the police or withdrew their complaint the next day."

“UN Women never doubted that the Government and the Parliament of the Kyrgyz Republic would pass the law against domestic violence, since it sets out concrete mechanisms for the implementation of various constitutional commitments to protect women and girls from violence,” stated Gerald Gunther, Representative of the UN Women Country Office in Kyrgyzstan. UN Women provided technical support to the Forum of Women Parliamentarians on drafting the new law and UNDP supported the costing and budget formulation for its implementation. UN Women also coordinates the UN Secretary-General’s UNiTE to End Violence against Women campaign around the world.

The new law draws upon reports of implementation gaps of the previous law on domestic violence, CEDAW Concluding Observations of 2015 [1], UN Women report on “Access to Justice” (2015) and Human Rights Watch Report “Call me when he tries to kill you” (2015), which include experiences of survivors and service providers. It provides concrete mechanisms for implementation, which was lacking in the previous law, by:

For example, now under the new law, protective orders will be issued by the police for all the survivors in a mandatory basis, whereas before, rarely would survivors get this order due to lack of awareness and complicated procedures.

The law had met with resistance in the first round of parliamentary committee hearings, but the joint advocacy by the national UNiTE campaign and women parliamentarians was instrumental behind its unanimous adoption by the National Parliament. Currently the national government, together with the UNiTE campaign, is drafting an Action Plan and budget to support the implementation of the new law, to be included in 2018 national budget.