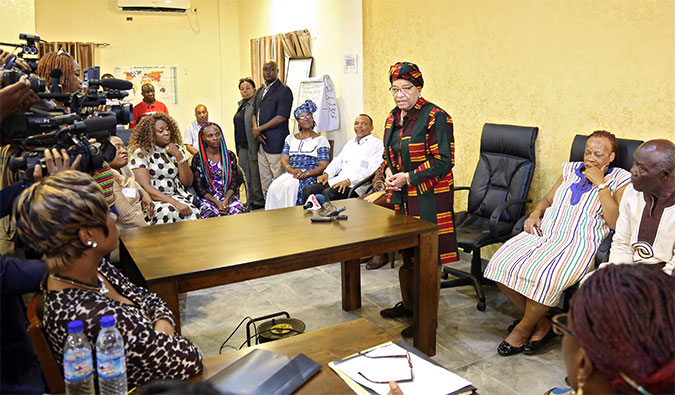 In October 2017, Liberians will head to the polls to vote, as President Ellen Johnson-Sirleaf, Africa’s first elected female Head of State, completes her second and final term tenure this year.

Women constitute half of the over two million people who have registered to vote, according to Liberia’s National Elections Commission (NEC). UN Women is working with Liberian civil society organizations, the Ministry of Gender, Children and Social Protection, the NEC and the media to boost women’s political participation. 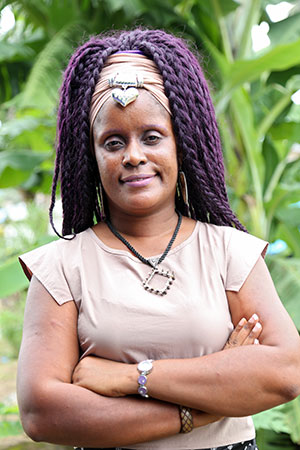 Forty-year-old A.D. Scott, running for a parliamentary seat, knows first-hand the challenges of contesting an election as a woman. This is her second attempt at the parliamentary elections since being defeated in 2011. Recently, Scott participated in a training supported by UN Women, where she learned negotiation skills and how to build a supportive constituency.

“I am running for election because of my passion to serve. The legislature [parliament] is an important space to champion the cause of the community, especially the youth and women,” says Scott.

Prior to the 2011 elections, Scott says she had dedicated years of service to her constituency and had demonstrated strong leadership and integrity: “I had been running a free school for kids and worked to improve access to safe drinking water in communities. I was very visible, but the campaign was tough, and I lost.” She thinks that deeply held traditional beliefs about women’s role as home makers make it particularly difficult for women candidates. When Scott first entered politics, many of her relatives and friends advised her to quit.

Although Liberia has had a woman President for twelve years and women account for more than half of the country’s population, they remain largely underrepresented in decision-making and governance processes. For example, women comprise around 12 percent of members of parliament.

For the upcoming elections, efforts are underway to ensure that political parties adhere to Section 4.5 of Liberia’s New Election Law, which calls for no less than 30 per cent representation of each gender on the lists of candidates submitted by political parties.

“While all but four of the major political parties have signed an agreement to ensure that they would have at least 30 per cent women candidates on their lists, we cannot take it for granted that parties will comply,” cautions Mahmoud Koroma, UN Women Liberia Programme Manager on Governance and Women’s Political Participation. Therefore, UN Women continues to engage with national partners to boost women’s participation as candidates and voters. 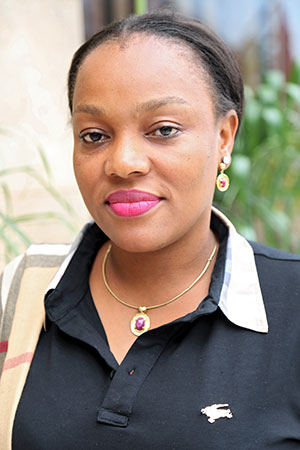 Recently, UN Women supported a three-day training on election strategies organized by Liberia’s Ministry of Gender, Children and Social Protection and the Women’s Political Forum in Buchanan, Grand Bassa County. Addressing 50 aspiring women candidates at the training, President Ellen Johnson-Sirleaf said: “Be strong, be courageous, set your course and stay your course. Don’t be deterred by the difficulties you are facing…imagine that those stumbling blocks along the way will become stepping stones.”

Thirty-seven-year old aspirant Christine Juah Settor Dennis was inspired and optimistic after the training: “I understand the issues in my electoral district— we don’t have many teachers; the roads are damaged and our healthcare system is poor. I know how to convince my constituents that working together, we can derive better solutions when I am elected to represent them.” 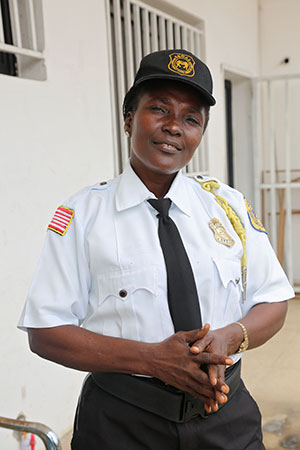 Recent data from Liberia’s NEC shows that of the total number of registered voters, 49 per cent are women. For 43-year-old Annie W. Emmons, a private security officer and mother of four children, the upcoming elections are an opportunity to vote for candidates who will address the pressing needs of her family and community, such as improving the healthcare and education systems and addressing the issue of violence against women, especially rape.

“All women need to vote for candidates with integrity who are able to speak for us,” says Emmons.

The upcoming national election in October presents an opportunity to advance the gains made in promoting women’s political leadership. Liberian women are ready and eager to engage. Those who are advocating for inclusive politics have developed a new slogan from the local Kpelleh vernacular— ‘Kukaju’—which means “we inside.”

UN Women’s work on promoting women’s political participation in Liberia is generously funded by the Governments of Canada and Sweden.