Ending violence against women with disabilities in Serbia’s custodial institutions 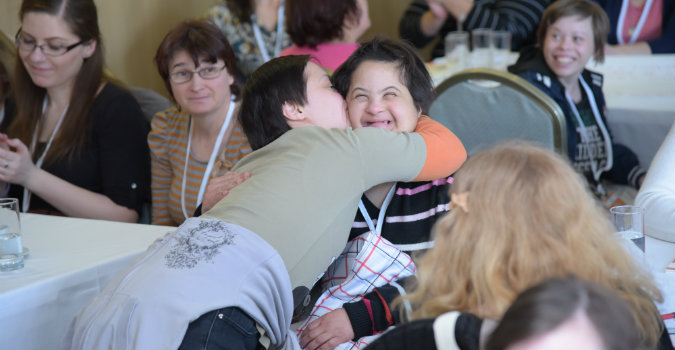 MDRI-S is the first organization in Serbia bringing the lives and narratives of women with mental disabilities living in custodial institutions to the attention of the public. Photo: MDRI/Viktor Ljevar

"Our rights were violated. We could not set our goals, make decisions, fight for us and others,” said Edith Vera*, a woman who spent over 20 years in residential institutions in Serbia.

A recent study has uncovered that women, like Edith, with mental disabilities who are being held in Serbia’s institutions often suffer multiple forms of violence. The study, conducted by Mental Disability Rights Initiative-Serbia (MDRI-S), brought to light multiple forms of violence, including forced medical treatment such as the administration of contraceptives without informed consent, and forced abortions and sterilization.

Now, MDRI-S is working with policy makers and service providers to that those working directly with women with mental disabilities are sensitized to have the information needed to prevent abuse from occurring, and encourage policy makers to become advocates and actors for deinstitutionalization.

"It is important for us to present the testimonies of women with disabilities about the violence they survive. Their voices need to be heard by the public and their personal stories [need] to be more visible," said Biljana Janjić, MDRI-S programme associate.

The project has already had a significant impact. It has publicized the stories of women; helped change practice in custodial institutions; and ensured custodial violence is included in gender and disability policies.

MDRI-S, a not-for-profit organization that advocates for the rights of women with mental disabilities, is recieving support from the UN Trust Fund to End Violence against Women.

Read the full story on the Trust Fund website

*Name has been changed to protect the privacy of the individual.

Related News
27/05/2020
On the front lines of COVID-19, women’s organizations provide vital services as first responders as violence against women spikes
19/04/2017
In Serbia, women survivors of domestic violence find hope in the “Good Garden”
16/11/2020
Hand over the mic to: Teodora Stojilković, Serbia
16/11/2020
What happened after COVID-19: Albania
20/04/2020
Take five: “After this pandemic, we will have to work much harder than before to improve Roma women’s lives”
END_OF_DOCUMENT_TOKEN_TO_BE_REPLACED