Press release: EU and UN team up to eliminate violence against women and girls

The EU-UN Spotlight Initiative was launched by the EU High Representative / Vice-President of the Commission Federica Mogherini and Commissioner for International Cooperation and Development Neven Mimica, together with the UN Secretary-General António Guterres and the UN Deputy Secretary-General Amina Mohammed.

Speaking at the launch, UN Secretary-General António Guterres stated: “It is a harsh but true reality – 1 in 3 women will face violence throughout their lifetime. Violence against women and girls devastates lives, and causes pain across generations. “The Spotlight Initiative is truly historic,” he added. “This Fund is a pioneering investment in gender equality and women's empowerment. When we shine a spotlight on the empowerment of the world's women and girls, everyone's future is brighter.”

"When we shine a spotlight on women's & girls' empowerment,everyone’s future will be brighter”- @antonioguterres #SpotlightEndViolence #UNGA pic.twitter.com/N45E7vbRgW

EU High Representative Federica Mogherini noted: “The European Union is committed to combatting all forms of violence against women and girls, as they undermine our core fundamental rights and values, such as dignity, access to justice and gender equality. We need first to ensure that we keep women and girls safe, in order to empower them to deploy their full potential.” 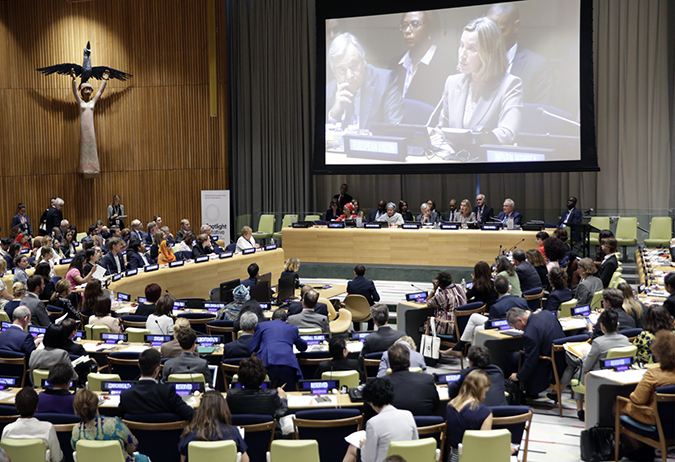 The launch of the Spotlight Initiative to eliminate all forms of violence against women and girls. Photo: UN Women/Ryan Brown

Commissioner Mimica added: "Violence against women and girls is one of the greatest injustices of our time, which crosses all borders, generations, nationalities and communities. It deeply touches our hearts and our minds. And it is a serious barrier to any society's full development potential. To make a real change, I invite all partners to join our Spotlight Initiative for a world in which all women and girls can truly shine!”

“We need to tell our daughters that they can be anything they want in life” - @FedericaMog #SpotlightEndViolence #UNGA pic.twitter.com/K0ucEEMHnu

The EU-UN Spotlight Initiative is supported by a multi-stakeholder trust fund, with the EU as its main contributor in the order of half a billion Euro, which is open to other donors. 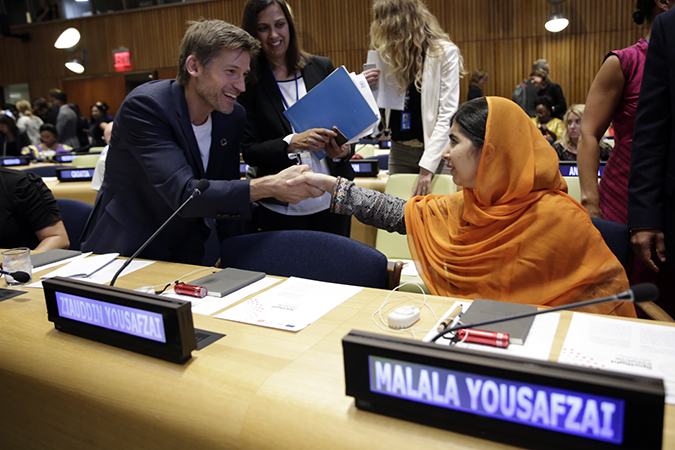 Over the next few years, comprehensive programmes will be implemented to eliminate all forms of violence against women and girls, such as sexual and gender-based violence and harmful practices; trafficking and economic (labour) exploitation; femicide; and domestic and family violence. Core areas of intervention will include strengthening legislative frameworks, policies and institutions, preventive measures, access to services and improving data gathering in Africa, Latin America, Asia, the Pacific and the Caribbean.

"The human race is a bird with two wings. If one wing is broken, no one can fly" - @GloriaSteinem #SpotlightEndViolence #UNGA pic.twitter.com/F8cyFyJ58Y

Consistent with the principles of the 2030 Agenda for Sustainable Development, the Spotlight Initiative will apply a rights-based approach, and give particular attention to the most marginalised women and girls in order to ‘leave no-one behind'. It will aim at galvanizing political commitments at the highest level and at providing large-scale targeted support, as well as at building new partnerships. It will also raise awareness of the widespread, persistent and detrimental impact of violence against women and girls.