Women's Ministers and top gender authorities from 29 Latin American and Caribbean countries inaugurated the Regional Consultations for Latin America and the Caribbean. They will address as a priority issue the empowerment of rural women and girls. Photo: UN Women

Regional consultations for Latin America and the Caribbean in the lead up to the 62nd UN Commission on the Status of Women (CSW62) started on 6 February in Santo Domingo, Dominican Republic. The consultation convened Ministers and the highest gender authorities from 29 countries of the region and focused on the priority theme of CSW62, "Challenges and opportunities in the achievement of gender equality and the empowerment of rural women and girls".

"For generations, rural women and girls have been denied their human rights and access to social development, their situation much worse than rural men and women and girls in urban areas," said Janet Camilo, Minister of Women of Dominican Republic, at the opening of the Consultations. 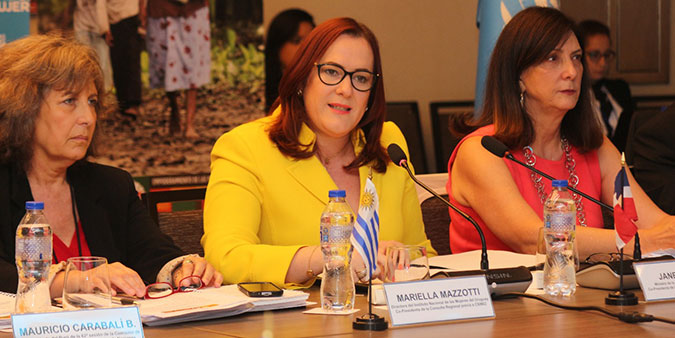 "We have to promote public policies that favour full access to their rights, such as access to land, timely and quality credit, markets and technology and innovations, training, technical assistance, productive and social infrastructure, as well as a life free of all forms of violence and discrimination," she added.

Organized by the Ministry of Women of the Dominican Republic, the National Institute of Women of Uruguay, and UN Women, the regional consultations followed the consultation with women’s organizations and networks in the region. The two-day consultation will culminate in a regional declaration that outlines the overall position of Latin America and the Caribbean in preparation to the intergovernmental negotiations and discussions set to take place during the CSW62 in New York from March 12-23, 2018. 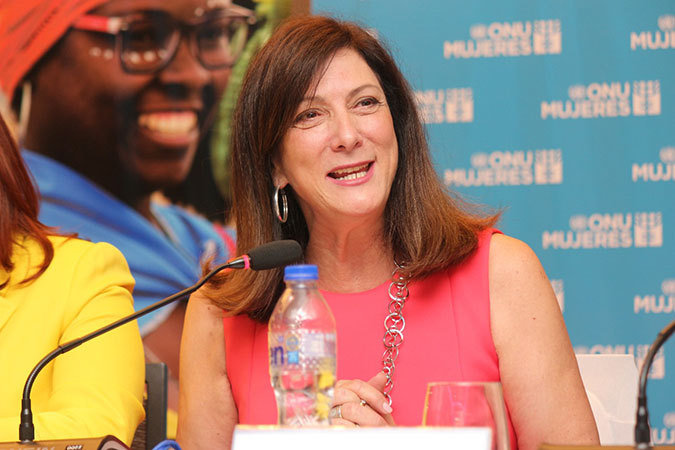 Luiza Carvalho, Regional Director of UN Women, emphasized on the productive contribution of rural women towards the development of the region. Photo: Ministry of Women of the Dominican Republic.

"The productive contribution of rural women is invisible and they live in extreme poverty and a lot of violence, " said Luiza Carvalho, Regional Director of UN Women for the Americas and the Caribbean, adding, “We have a great responsibility to guarantee their rights.”

There are 58 million rural women in the region, a diverse group made up of indigenous women, Afro-descendants, peasants, fisherwomen, gatherers, self-employed women in the agricultural sector, and women who run their own businesses, and their economic empowerment is critical for ensuring sustainable development in the region.

The rural women of the region experience different and unique challenges, but some common and recurring ones across the groups continue to be the disproportionate burden of domestic and care work, the invisibility of their productive contributions, and low access to the means of production, decent work and social protection systems. Many rural women and girls also suffer extreme poverty and violence, and systematic infringement of their rights, especially those who belong to indigenous and Afro-descendant communities.

"These consultations are about positioning the agenda of economic, political and social rights of rural women and girls within the context of indigenous people, Afro-descendants, in their diversity, as a priority for our democracy and sustainable development ," said Mariella Mazzotti, Director of the National Women's Institute of Uruguay.

"The structural inequalities that have historically excluded them must be reversed with policies that provide access to land, water, technology, financing. And their rights to social protection, security, health, education and work, along with a life free of gender-based violence must be guaranteed by the states."