Latin America and the Caribbean commit to empower women at work 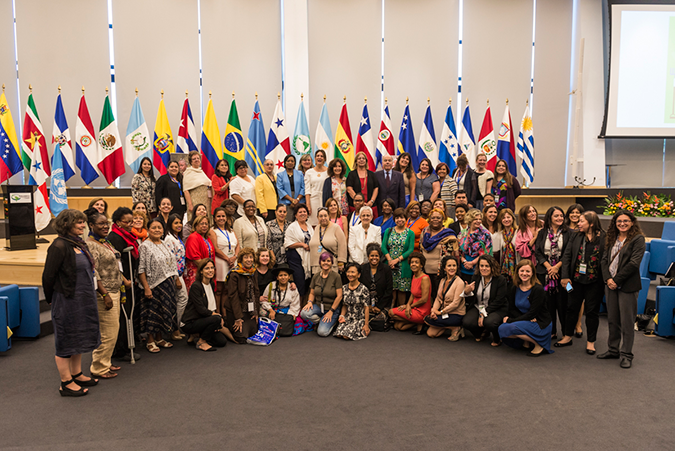 Participants in the Latin America and the Caribbean Regional Consultations ahead of CSW61. Photo: UN Women/Eduard Serra

Women's ministers and top gender officials from 23 countries in Latin America and the Caribbean concluded the Regional Consultations leading up to the 61st session of the United Nations Commission on the Status of Women (CSW61), calling for decisive measures to promote women’s economic empowerment. 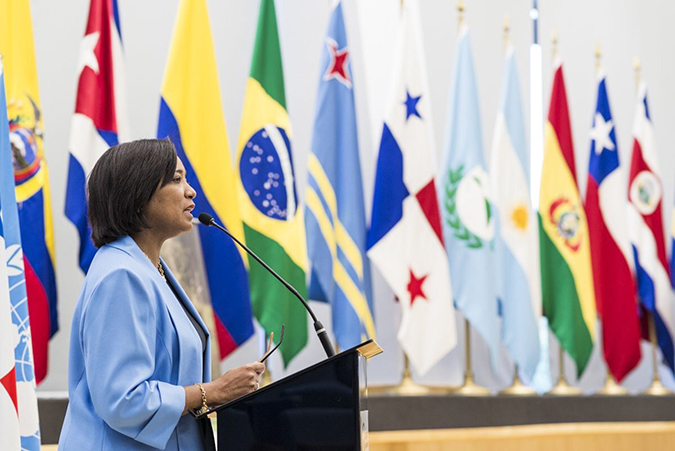 On Wednesday, 8 February, the "Declaration of Panama", which comprises the position and proposals of the region in preparation for CSW61, was adopted unanimously at the Latin American Parliament in Panama. The Commission on the Status of Women, to be held at the United Nations Headquarters from March 13 to 24, is the leading intergovernmental body dedicated exclusively to the promotion of gender equality and the empowerment of women worldwide.

Presenting the final statement, the Director of Panama’s National Women’s Institute (INAMU), Liriola Leoteau, lauded the joint effort of women’s ministers to reach a common position in favor of economic empowerment of women. 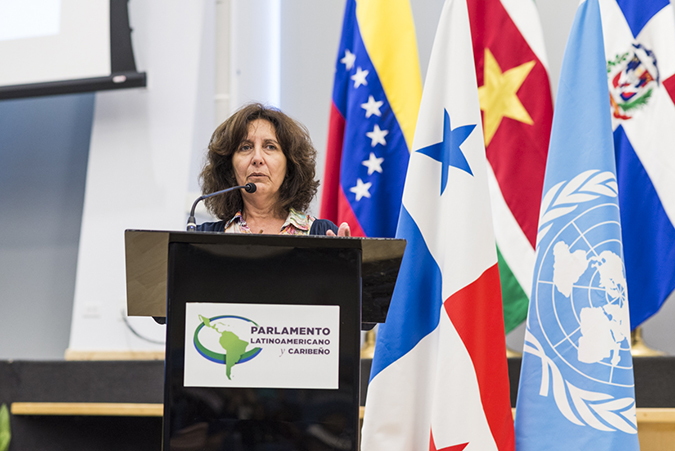 "We’ve agreed on a declaration that allows us to present ourselves as a united region at CSW," said Mariella Mazzotti, Director of Uruguay’s National Women’s Institute (INMUJERES), who chairs the Regional Conference on Women in Latin America and the Caribbean.

The declaration calls for macroeconomic policies to mitigate the impact of the recession on women's employment. According to the Economic Commission for Latin America and the Caribbean (ECLAC), in 2016, the regional GDP contracted for the second consecutive year. For 2017, a modest growth of 1.3 per cent is projected [1].

The declaration also addresses the need to overcome structural barriers that deny women access to decent employment. To counter a regional gender pay gap of 19 per cent [2], governments called for laws guaranteeing women’s right to equal pay for work of equal value and for mechanisms to monitor compliance.

An estimated 59 per cent of women's work in Latin America and the Caribbean takes place in the informal sector [3], with even higher levels among indigenous, Afro-descendant and young women. To address this situation, governments proposed raising minimum wages and ensuring access to social protection for all women.

Finally, the document reflects the urgent need to recognize, reduce and redistribute domestic and unpaid care work in Latin America and the Caribbean, where in some countries women spend up to 5 times more hours than men on care and domestic work [4].

The empowerment of indigenous women was also highlighted in the declaration, with a call for policies that strengthen the economic activities of rural and indigenous women and their organizations, while respecting and protecting their traditional and ancestral knowledge. Indigenous women’s empowerment will be discussed as the emerging theme at CSW61.

María Noel Vaeza, Director of UN Women’s Programme Division, explained that during CSW61, the empowerment of women at work will be addressed for the first time in a global intergovernmental forum. Recognizing the challenges of the region’s current economic environment, she stressed the need to "use the capacity for innovation that we have already demonstrated in Latin America and the Caribbean; the good practices we have, the talent, perseverance and political capacity, and the high level of women’s mobilization."

In his speech, the Permanent Representative to the United Nations from Brazil, Mauro Vieira, added: "We must also emphasize the strategic role of UN agencies, especially UN Women, as facilitators of partnerships among countries." 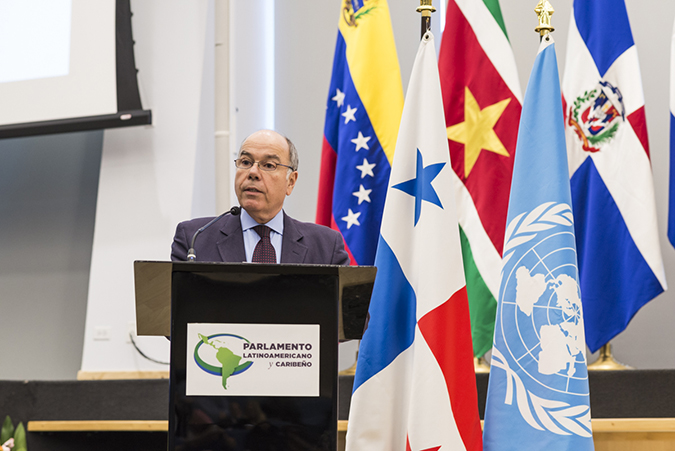 Governments thanked the numerous representatives of feminist and women's movements who contributed to the discussions and the outcome of the regional consultations. Mabel Bianco, Co-Chair of the NGO Committee for CSW in Latin America and the Caribbean, responded: "We are happy that, once again, we had the opportunity to interact with those responsible for gender equality in our governments and to express our needs and our proposals for the advancement and improvement of women’s lives in the region."

[1] ECLAC (2016). Latin American and the Caribbean Will Resume Subdued Growth in 2017 Amid Uncertainty about Global Economy, December. Available at http://www.cepal.org/en/pressreleases/latin-american-and-caribbean-will-resume-subdued-growth-2017-amid-uncertainty-about

Related News
28/03/2018
Voices from CSW62
06/02/2018
Regional Consultations in Latin America and the Caribbean leading up to the UN Commission on the Status of Women call for rights and dignity of rural women
08/02/2017
Coverage: UN Women Deputy Executive Director attends pre-CSW meeting in Panama
07/02/2017
Speech: “We must transform the world of work”—Lakshmi Puri
30/01/2017
Speech: “Your leadership and commitment are critical to ensuring a successful outcome of CSW61”—Lakshmi Puri
END_OF_DOCUMENT_TOKEN_TO_BE_REPLACED