Healing from trauma in conflict-affected Gaza

There are 1.9 million people living in Gaza and 72 per cent of them are refugees. Samia Asaf and her family have lived as refugees across three generations now. After a devastating injury, Asaf found her bearings through a UN Women-supported programme. Today she is an inspiration to many others. 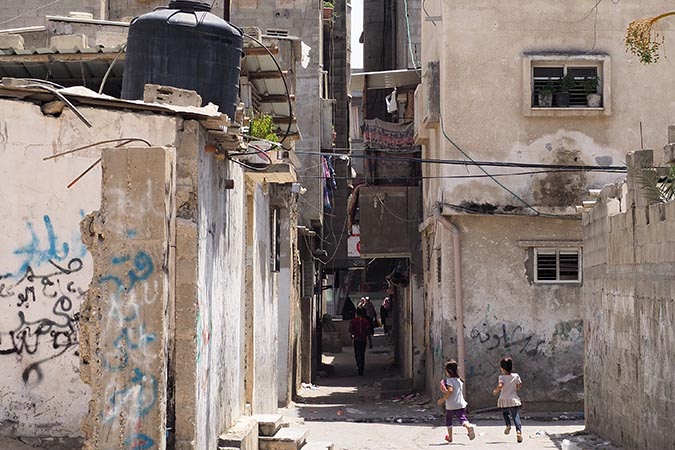 If you meet Samia Asaf* today, you wouldn’t know the ordeal she has suffered, unless she told you. She is an active member of a psychosocial support group at the Hayat Centre in Gaza, Palestine, and supports women who come to the centre to overcome the trauma of violence.

Asaf was born in Gaza’s Nuseirat refugee camp in 1967. “Being a refugee in Gaza means you grow up watching what you don’t want to see as a child—violence, arrest of your neighbours, homes being demolished and extreme poverty,” she said about her unusual childhood.

At merely 16 years of age, Asaf was married off because her parents could no longer support her. She went to live with her husband in Jabalia, another refugee camp, and gave birth to her first child at 17. She has had six more children since then and four of them have children of their own. Across three generations, the life of a refugee is all that this family has known.

The only time Asaf has ever left Gaza is in an ambulance. It was the summer of 2014, and the conflict between Israel and Palestine had intensified. Asaf was hit by a shrapnel inside the camp, which destroyed her left jaw and injured her shoulder. She was transferred to a hospital in Egypt, where she stayed for four months. During the first month, she could only breathe through a stoma—a hole in her neck that let air in and out of the wind pipe.

The incident left visible and invisible scars. Her face was deformed and still needs constructive surgery, but the emotional scars run deeper. Even as she was fighting for her own life in the hospital in Egypt, Asaf was terrified about her children’s safety. A few days before her injury, she had sent her children to live with their grandparents near a UN school, thinking that area would be safer. The next day, the UN school was bombed and 19 people were killed.

“Luckily, my children were unharmed,” she explained. “However, since then I always felt nervous, as I realized that there was no safe space for my children.”

Her anxiety grew when she returned to Gaza. 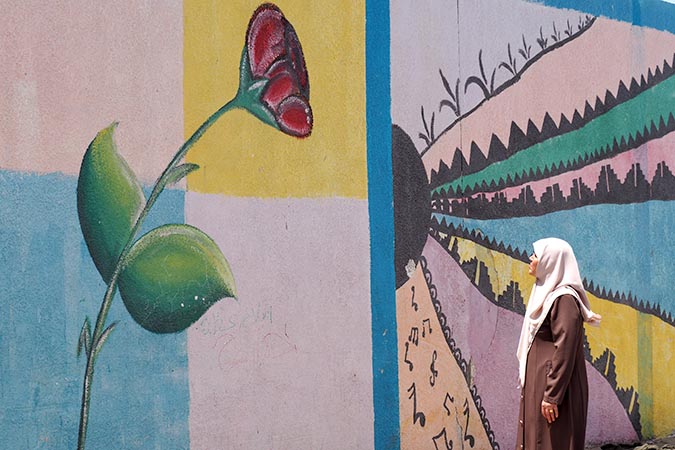 “I would be angry all the time and could not tolerate any irritation…On top of that, I had an infection and had to go through another surgery in Gaza. It took a huge emotional toll on me and I felt like I could not go on anymore,” she recalled.

The turning point for Asaf came when social workers from the Hayat Centre took up her case, supported by UN Women programmes funded by the governments of Spain and Italy. The Hayat Centre provides much-needed psychosocial support to women and girls, including refugees, suffering from the consequences of the ongoing conflict.

Through the Centre, Asaf started accessing psychosocial counseling and participated in “psycho drama”, a form of psychotherapy using drama and role play, along with other women who were dealing with the trauma of war.

“Surrounded by women who understood her suffering and were ready to listen, Samia opened herself to share her frustration and fear, and to learn from the experiences of other women,” said Wafaa Eid, a social worker at the Hayat Centre who has been following Asaf’s case since 2016.

“Hayat gave me a chance to get out of the house for the first time after the injury...I started living again,” added Asaf.

These days, she comes to the centre once a month and shares her experience with other women seeking psychosocial support, encouraging and inspiring them.

“Samia’s case is a good example of how tailored psychosocial support interventions are needed to improve the wellbeing of refugee women in Gaza, especially those who suffered the direct consequences of the conflict,” said Heba Zayyan, who heads the UN Women Office in Gaza. “It also shows that the impact of the support does not only benefit one woman, it benefits other women as well as entire families. This is where the power of the psychosocial support for women manifests.”

At present, there are 1.3 million Palestinian refugees living in Gaza. The protracted nature of the conflict between Israel and Palestine has far-reaching consequences on the population. Women and girls, who already face gender-based violence and discriminations, have to contend with compounded challenges, including disabilities, trauma, lack of jobs and mobility. UN Women’s programmes, funded by the Spanish Agency for International Development Cooperation (2016) and the Italian Agency for Development Cooperation (2017-2018), have provided shelter, psychosocial support and other critical services to more than 6,000 women survivors of gender-based violence in the West Bank and Gaza, including women refugees.

*Note: The name has been changed to protect the privacy of the survivor.