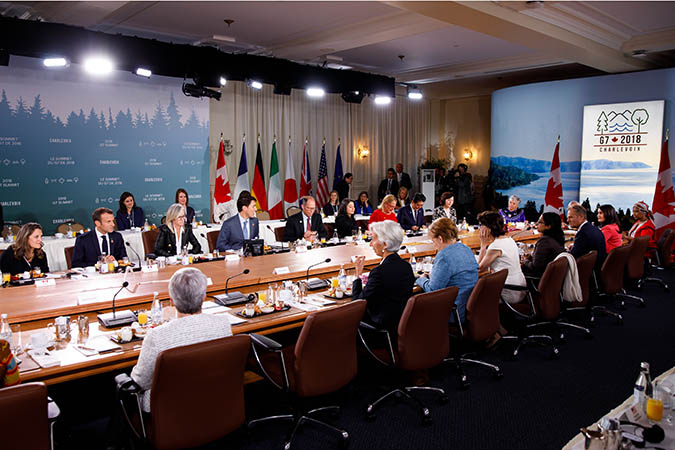 UN Women Executive Director Phumzile Mlambo-Ngcuka will be at the G7 Summit in Charlevoix, Canada, on 8 June, as part of the Gender Equality Advisory Council to present their recommendations to G7 leaders.

Established by the Government of Canada, the Gender Equality Advisory Council advises the G7 Presidency and recommends specific actions to advance gender equality and women’s empowerment across all areas of the G7’s work. Under Canada’s Presidency, advancing gender equality is one of the five priority themes of the G7. UN Women Executive Director is a member of the Advisory Council, along with Melinda Gates, Christine Lagarde, Malala Yousafzai, Katja Iversen, Winnie Byanyima, Leymah Gbowee, Michael Kaufman and others.

The report calls for concrete commitments from G7 countries, matched with investments, targets and accountability mechanisms, to ensure that: 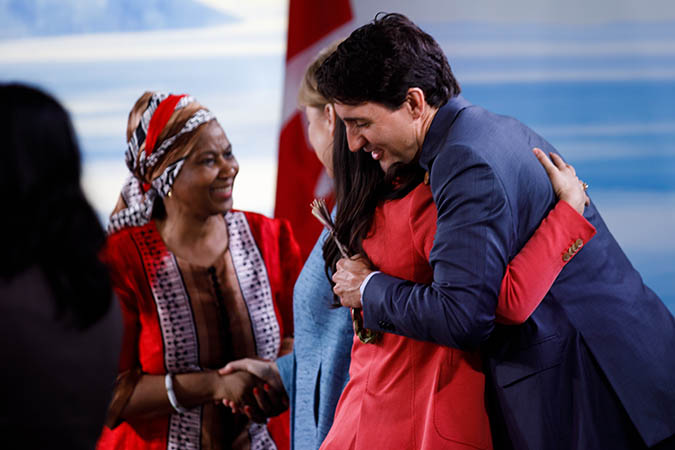 UN Women Executive Director Phumzile Mlambo Ngcuka, who is a member of the Gender Equality Advisory Council to the G7 Presidency, said: "As the richest economies in the world, G7 countries can bring about far-reaching systemic changes for women and girls. Their influence reaches beyond their borders, their political decisions have an impact on societies and economies around the world. They can use this power to make gender inequality history within a generation. I welcome the ‘2X Challenge’ which will provide critically needed resources to benefit women’s leadership and engagement in the economy, particularly women who need it most and who are at risk of being left behind. These investments will not only benefit women, they will benefit entire families, communities and nations.” Photo: Government of Canada

The Council calls for accelerated implementation of existing commitments by the G7 and significant progress on the Sustainable Development Goals.

Its recommendations include calls for additional investments in girls’ education, prevention and response to gender-based violence, gender data, and funding for women’s organizations; as well as policy actions, such as addressing the unequal burden of unpaid care work on women and girls, parental leave programmes, gender-responsive budgeting, measures to support women in the informal sector, access to new technology and integration of gender advisers into G7 military forces.

Download the report of the Gender Equality Advisory Council here.