Take five: “Nothing about disability should be done without women with disabilities” 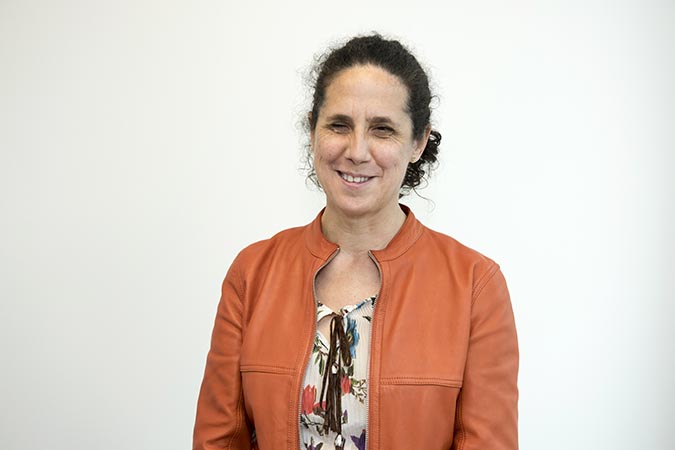 Renowned disability rights activist, Ana Peláez Narváez, from Spain, is the first woman with disability to be elected to the UN Convention on the Elimination of Discrimination against Women (CEDAW Committee) on 7 June 2018. Blind at birth, Ms. Peláez Narváez strived for equality since a young age and went on to become the Executive Councillor for International Relations and External Development in the Spanish National Organisation of the Blind (ONCE), Executive Vice-President of the CERMI Women’s Foundation, and the European Disability Forum Vice-President and Chairperson of its Women’s Committee. She also served as a member of the United Nations Committee on the Rights of Persons with Disabilities (UNCRPD) from 2009 to 2016. She spoke to UN Women about her recent win, and what she hopes to achieve next.

You are the first woman with disability to be elected to the CEDAW Committee in 37 years. What was different about your candidacy this year, as compared to 2016, when you were a candidate for the same position?

In 2016, when I ran for this position to be part of the CEDAW Committee for the first time, I lost by one vote. There were many lessons learned from that process. First, the real impact of media and social media in the process. I wasn’t visible in the media back then. Second, I was one of many candidates from Spain and my candidacy was not a priority. The most important lesson of all was that I needed global support of the disability movement, especially from organizations of women with disabilities.

We were able to address these issues as I entered the election process this year. I wasn’t alone in this campaign. I was not just the Spanish candidate, I was the global candidate, with national organizations as well as all organizations in the global disability movement backing me. We also prepared a website, www.disabilityforcedaw.es where we had all kinds of information, about who I was, what my priorities were, and we had this information fully accessible to people with all kinds of disabilities.

What do you hope to achieve as a member of the CEDAW Committee?

I want to bring disabilities perspective into the whole agenda of the CEDAW Committee, making women with disability visible in every single piece of work, not just a mention from time to time. I also want to look into how to overcome multiple forms of discrimination, not only discrimination faced by women with disabilities. There are multiple factors of exclusion that may be happening to a woman at the same time. How do we address that holistically? A migrant woman who is experiencing violence, may also be experiencing poverty. What if this woman now has a disability? What about discrimination that she faces at the same time because of her age, or illness, or religion?

I want to link the implementation of CEDAW with the 2030 Agenda for Sustainable Development, to ensure that really no one is left behind. There are many indicators to monitor the implementation of CEDAW through the 2030 Agenda. We must also have a more coherent approach for different treaty bodies at the UN towards issues of women and women with disabilities. Disability issues must be part of key treaty bodies, such as CEDAW.

What are the unique challenges that women with disability face, when they are also experiencing gender-based violence, or when they are in politics?

The first and foremost challenge is that women with disabilities are not recognized as women. The society considers us as “disabled”. Both women’s movement and the disability movement consider us as disabled, but we are women too, we are girls too, this is part of our identity.

Ensuring that women with disabilities have real political participation and decision-making is another challenge. This is linked to the loss of legal capacity—the ability of a human being to access civil and justice systems. When States deny legal capacity to women with disabilities, they cannot even sign a document, or access justice. Sometimes, the capacity of taking day-to-day decisions is also taken away from them, because their family takes decision on their behalf.

When and how did you start working on disability rights? What motivated you?

From the very beginning of my life, being blind and losing my mother made me realize that no one was behind me, and I needed to fight for real equality. When I was 13 years old, I decided to go to a regular school, for inclusive education. Until then, I was in a boarding school for blind children. Then I decided to go to Brussels, alone, for my higher studies.

Do you think we are making progress, and what’s driving the progress?