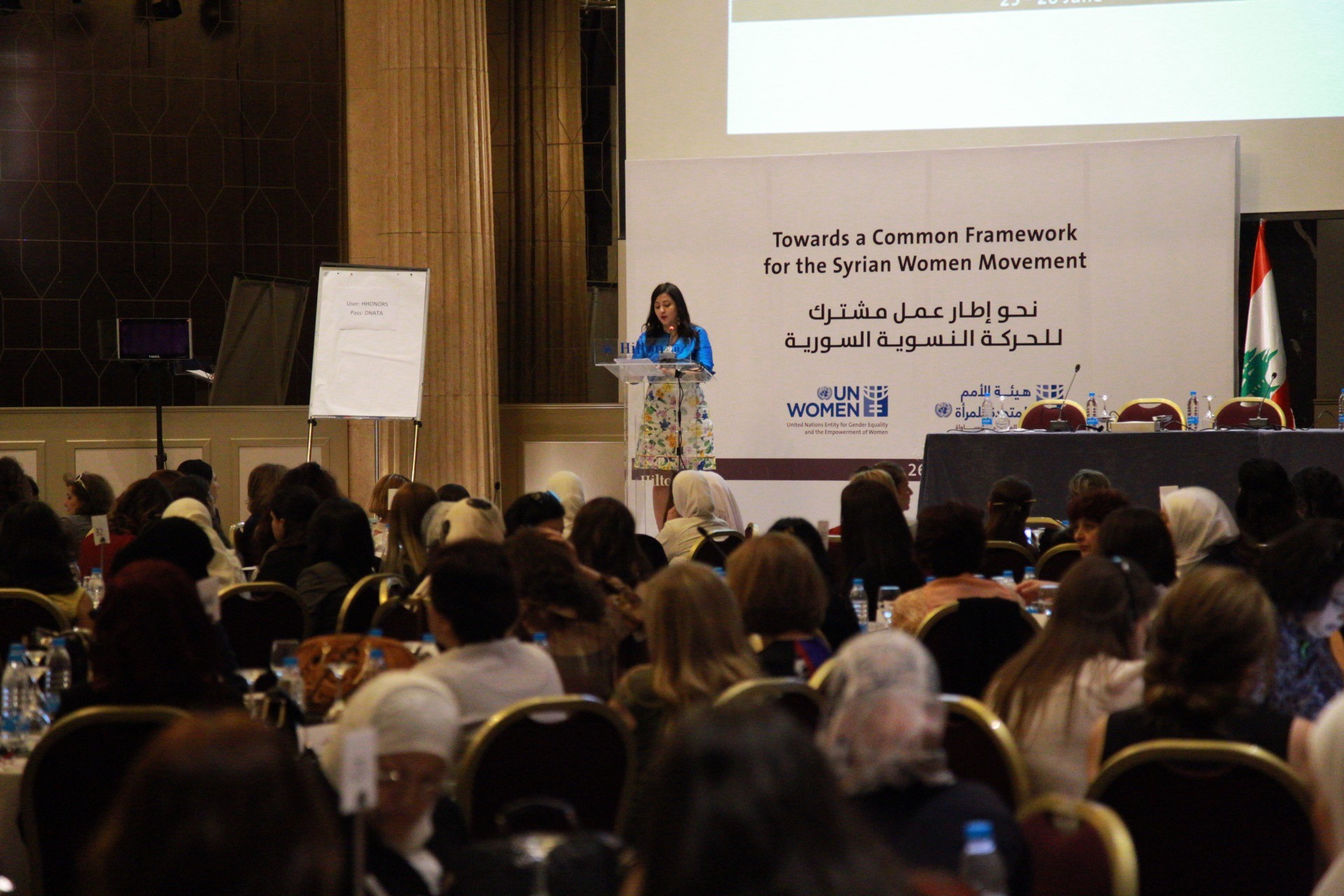 On June 25 – 26, June 2018, almost 200 Syrian women leaders met in Beirut, Lebanon, to discuss ways to safeguard and advance women’s rights in Syria, as part of a conference titled, “Toward a Framework for the Syrian Women Movement”. The conference was grounded on UN Women’s ongoing advocacy and coalition-building work with Syrian women leaders and activists.

Despite their significant differences and diverse backgrounds across political, ideological and geographic spectrum, the participants identified some key elements for a common framework for the Syrian women’s movement.

The discussions were informed by a series of consultations among women leaders in Syria and in the neighbouring countries.  Participants included Syrian women leaders and gender advocates living in Syria, as well as those in the neighbouring countries and the diaspora, including members of the Women’s Advisory Board to the UN Special Envoy for Syria.

Speaking at the conference, Mohammad Naciri, Regional Director of UN Women in the Arab States said: “I am inspired to be in a room full of leaders who have made the decision to come together, across the political and ideological divides, to discuss a unifying common ground, it is no easy feat, and one that will not be done overnight, but you are here, taking the first steps, for the future of your Syria.”

In the two-day conference, the participants discussed shared priorities relating to legislative, political, security and safety, social, and economic issues.