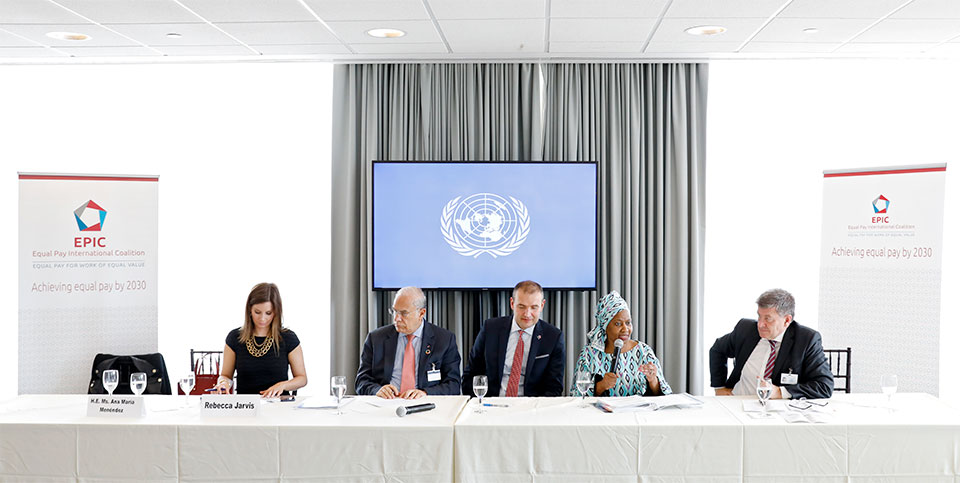 (New York, 26 September 2018)—Today, global leaders from governments, private sector companies, trade unions and civil society pledged to take concrete action towards closing the gender pay gap by 2030. The global commitments—to ensure women in every sector of the workforce are paid equally to men for doing work of equal value—were made at the Equal Pay International Coalition (EPIC) Pledging event held during the United Nations General Assembly in New York.

Globally, and in every sector of the workforce, women are paid less than men for doing work of equal value. Unequal pay is one of the most persistent barriers to women’s success at work and to economic growth, and a critical problem that has been prioritized in the Sustainable Development Goals (SDGs), in particular SDG 8.5 and 5. Equal pay, in addition to empowering women, can have a significant impact on achieving other key goals, such as promoting inclusive societies, reducing poverty, and creating conditions for decent work and gender equality. 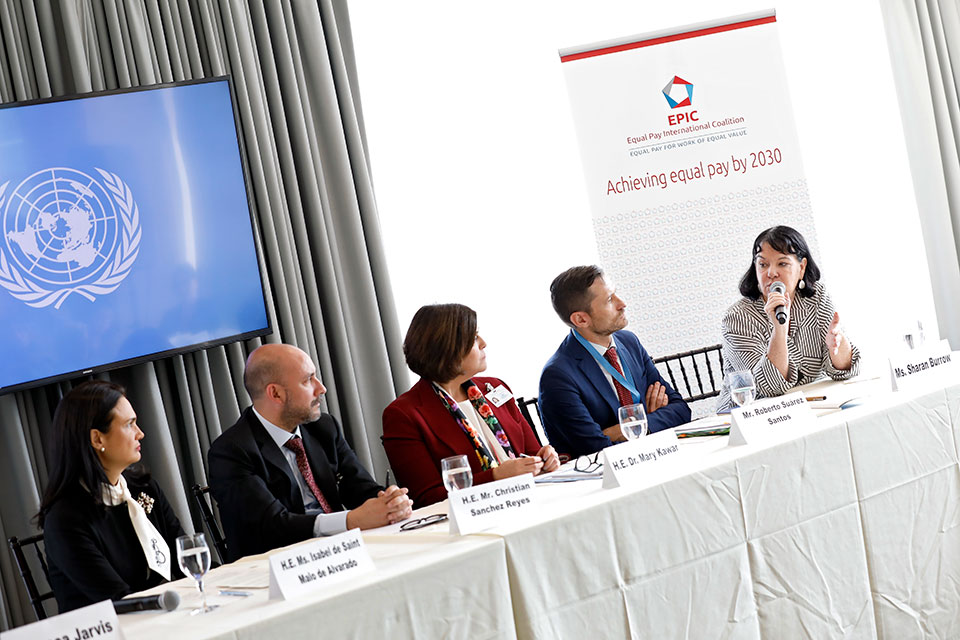 As Principals of the EPIC Secretariat, the Director General of ILO, Guy Ryder; the Executive Director of UN Women, Phumzile Mlambo-Ngcuka; and the Secretary General of OECD, Angel Gurria, pledged to accelerate progress on reducing the gender pay gap by convening global leaders to share experiences, documenting and disseminating good practices, and drawing global political attention to the issue of gender pay inequality.

The Director General of the ILO, Guy Ryder, said, “the fact that women across the globe are still being paid less than men for work of equal value is one of the most visible, tangible and pervasive manifestations of discrimination. It is a matter of urgency to make sure the message is finally heard and things start to change.”

No country has achieved gender parity in pay as yet. Show that you care for #EqualPay. Make a pledge Today #EPICpledge pic.twitter.com/wUl0OG4Sqx

Global leaders attended the event, including President of Iceland Guðni Th. Jóhannesson, and Vice President and Minister of Foreign Affairs of the Republic of Panama Isabel de Saint Malo de Alvarado. Governments from Peru to Jordan, Switzerland and Canada demonstrated their shared vision to accelerate progress for achieving equal pay by pledging to:

The Executive Director of UN Women, Phumzile Mlambo-Ngcuka, said, “a strong social protection system is critical to reducing the gender pay gap—where women have access to paid maternity leave, to affordable child and elderly care services, and to sustainable infrastructure, we see an increase in women engaging in paid work. This will be the theme of next year’s Commission on the Status of Women, and I count on support from the EPIC to accelerate progress on improving social protection systems.” 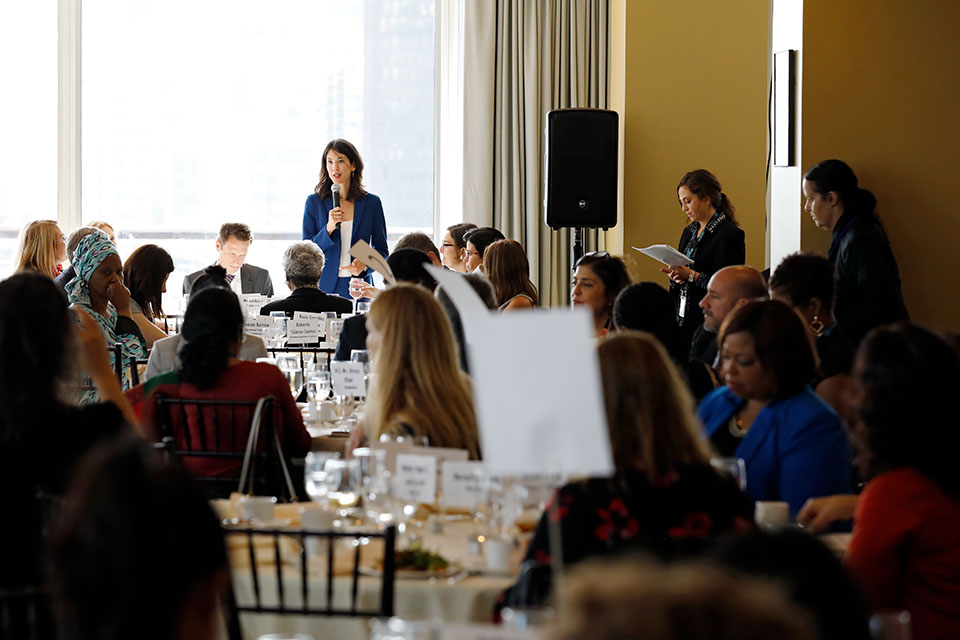 Secretary-General of the OECD, Angel Gurría, said, “gender pay gaps are not only unfair for those who suffer them, but they are also detrimental to our economies. If you do not have equal pay productivity suffers, competitiveness suffers and the economy at large suffers.” He asserted that “it is in our power to make an immediate improvement in the quality of life of hundreds of millions of women and their families if we succeed in delivering equal pay for men and women.”

Notable pledges made at the event include:

Today, leaders from different countries & sectors gathered at the #UNGA to encourage everyone to make the #EPICpledge to close the gender pay gap.

Together, we can make #EqualPay for work of equal value a reality for ALL! @ilo @OECD @epic2030 pic.twitter.com/gpnkomZhB3

Global companies also participated, including IKEA, Deloitte, Pepsi Co, Nestle and Novartis AG, who expressed their allegiance to EPIC’s mission by committing to, for example:

EPIC, an initiative launched in 2017 to work towards closing the gender pay gap, has brought together key actors from across the world to raise momentum and help ensure that equal pay for work of equal value is fully realized. EPIC is led by the International Labor Organization (ILO), UN Women and the Organization of Economic Cooperation and Development (OECD). The EPIC secretariat will support global leaders to ensure these commitments are fully implemented and realized.

Related News
16/09/2021
I am Generation Equality: Madhura Das Gupta, business leader and advocate for women’s economic justice and rights
18/09/2020
Press release: Equal Pay International Coalition calls to prioritize pay equity in COVID-19 recovery with support from Megan Rapinoe
16/09/2020
COVID-19 and its economic toll on women: The story behind the numbers
14/09/2020
Explainer: Everything you need to know about pushing for equal pay
02/09/2020
Press release: COVID-19 will widen poverty gap between women and men, new UN Women and UNDP data shows
END_OF_DOCUMENT_TOKEN_TO_BE_REPLACED