Participants of the SDG 5 Forum on the sidelines of the UN General Assembly in New York. Photo: UN Women/Ryan Brown

(New York, 27 September)— One thousand days into the Sustainable Development Goals (SDGs) and counting down to 2030, which is the deadline for achieving global gender equality under SDG 5, UN Women convened business and philanthropic leaders on the margins of the 73rd United Nations General Assembly (UNGA 73) to step up commitments on gender equality and women’s empowerment. Global business and philanthropic leaders pledged more than USD 70 million in 2018 (USD 13 million of which was pledged at the UNGA 73 SDG 5 Forum today) to advance gender equality and women’s empowerment through UN Women.

No single country has ever achieved gender equality, and according to industry estimates this failure will cost USD 28 trillion[1] by 2025. Forum participants focused on how public and private sectors can bolster efforts to achieve global gender equality by 2030. 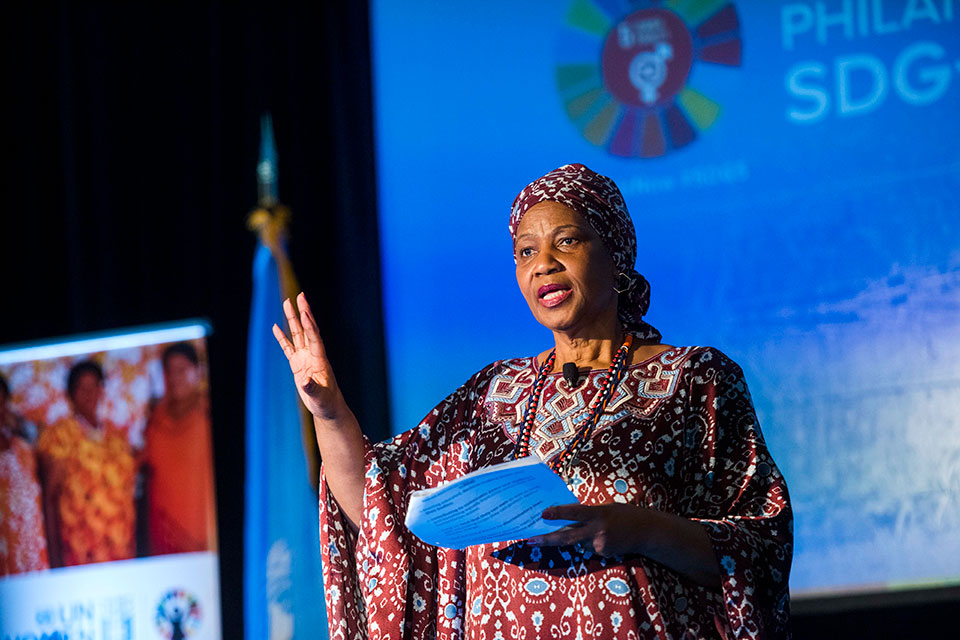 “Every day there is more evidence of what the world is missing when it falls short of equality between women and men. Our globally agreed roadmap of the 2030 Agenda puts the drive for that equality right at the centre of all the goals to be achieved,” said UN Women Executive Director Phumzile Mlambo-Ngcuka. “Governments, civil society and the business world all contributed to that vision and must act together in shaping the solution. These combined forces are critical if we are to make unstoppable progress by 2020 and meet the 2030 target.”

UN Women was established in 2010 to help the world end gender inequality and the 17 SDGs were adopted by global leaders in 2015, with SDG 5 focusing on achieving gender equality and women’s empowerment in every country of the world. The World Economic Forum estimates that it will take 217 years to achieve gender equality at the current rate of progress. 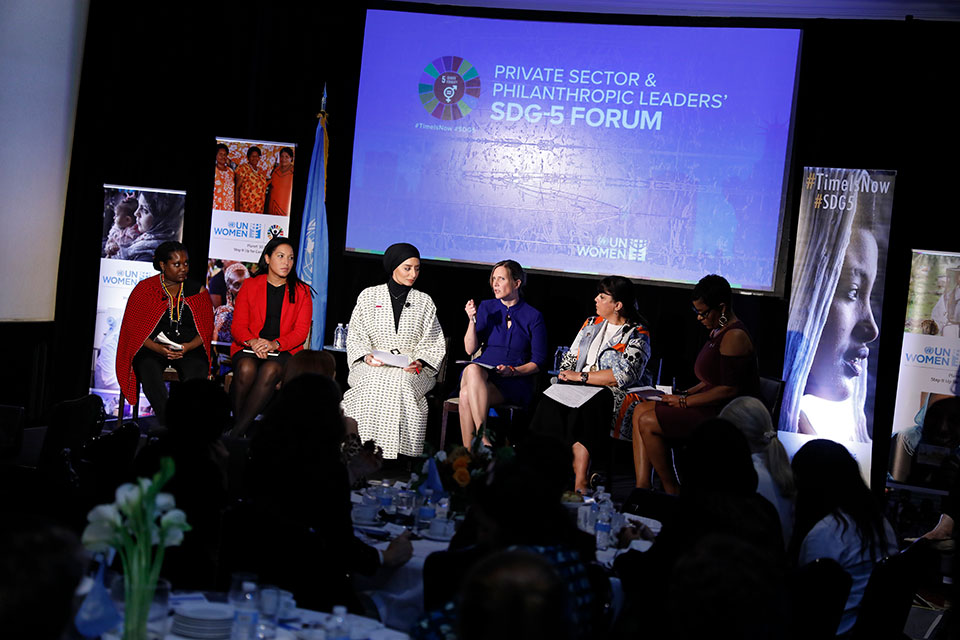 Panellists at the SDG 5 Forum on the sidelines of the UN General Assembly in New York. Photo: UN Women/Ryan Brown

The SDG 5 Forum builds on UN Women’s work across sectors, including this month’s launch of the Global Innovation Coalition for Change’s (GICC) Gender Innovation Principles, a global set of standards adopted by an alliance of 27 partners from private sector, non-profit organizations and academic institutions that takes a gender-responsive approach to innovation and technology. The financial commitments at the SDG 5 Forum and from UN Women’s strategic partnerships will support efforts toward innovation, eliminating violence against women and girls, generating gender equality data and evidence, fast tracking women’s economic empowerment, ensuring education, providing access to health services and protection of women’s livelihoods in crisis settings, as well as building climate resilience in sustainable agricultural food chains that benefit women farmers.

We're at the #UNGA #SDG5 Forum with a special group of private sector and philanthropic leaders. Follow along as we show the world that #TimeIsNow for gender equality! pic.twitter.com/jnSdmIy7bC 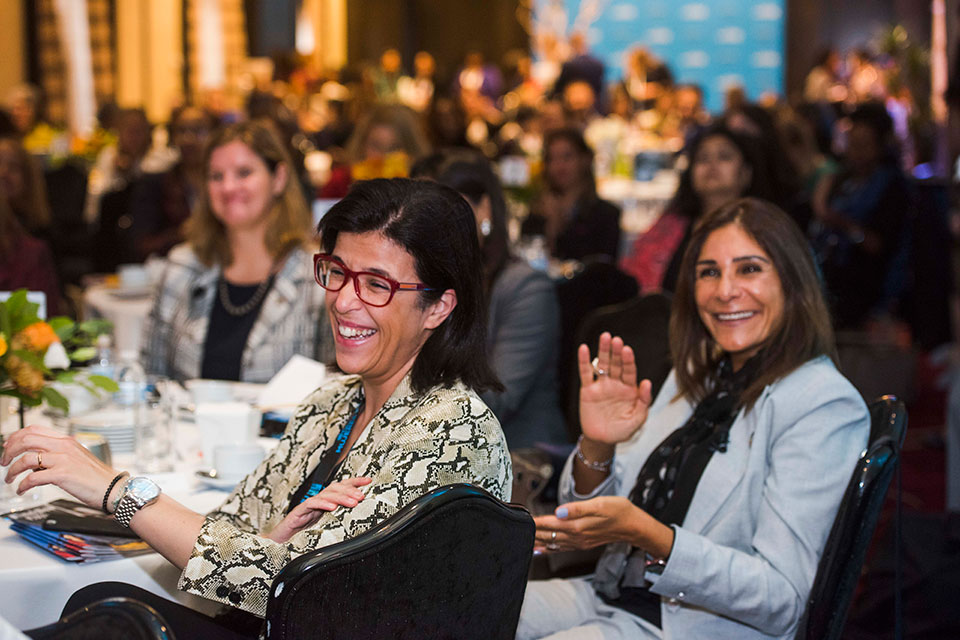 Audience members during The SDG 5 Forum on the sidelines of the UN General Assembly in New York. Photo: UN Women/Amanda Voisard

UN Women has established several mechanisms to mobilize private sector and foundations in the world’s quest to achieve SDG 5 by 2030 including the 1,800 companies that signed onto the  Women’s Empowerment Principles (WEPs), the HeForShe impact movement, Common Ground, the GICC, and the  Unstereotype Alliance participants.

As the world comes together for #UNGA we ask business and philanthropic leaders to stand with us on 27 September to act for gender equality. The #TimeIsNow. Will you join us? pic.twitter.com/qamcZtIM07

To date, UN Women has continued to connect women, governments, and communities to foster change across sectors, from using technology to increase the income of women in agriculture to help them secure decent jobs, to supporting the reform discriminatory laws worldwide. UN Women has trained more than 7,000 women leaders in politics and governance last year alone, and over 1.5 billion women and girls in 52 countries are better protected from violence through stronger legal frameworks.