If you teach a girl to code, she will change the world

In Kakuma refugee camp in north-western Kenya, girls are empowered by their new-found passion for computer coding. 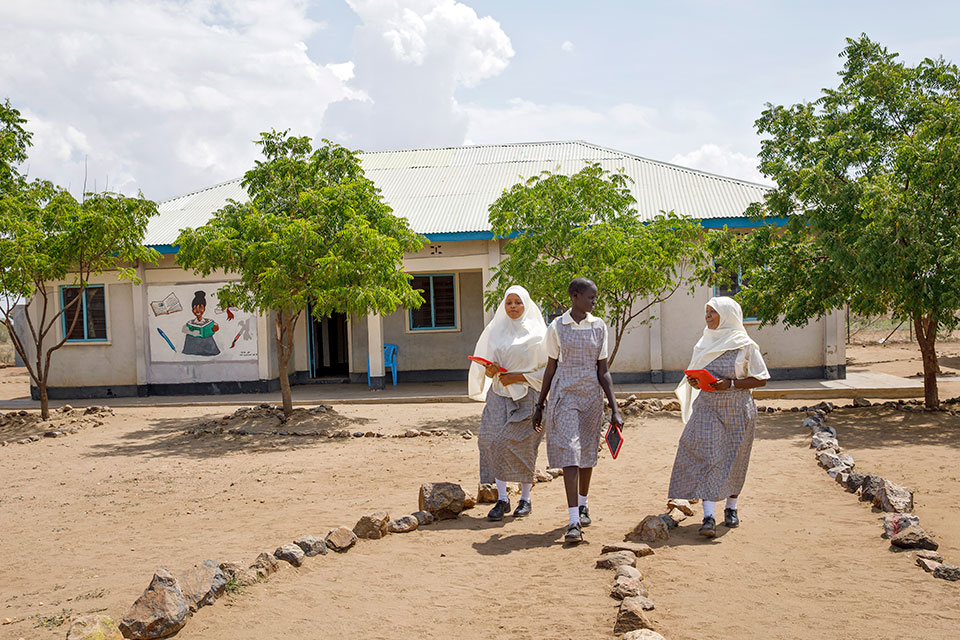 Every day is a hot day in Kakuma refugee camp, located in the arid desert of north-western Kenya. Underneath a blue sky, three girls in gingham school uniforms gather together. The camp is home to more than 186,000 residents who are primarily from the Horn and Great Lakes region of Africa. Originally from Burundi, South Sudan, and Somalia, their backgrounds vary widely. Their ambitions may lead them to divergent futures as well; one wants to be a journalist, another a software engineer, and the thirda poet. But right now, they share a common interest that they are very excited about computer coding.

Umohoza Hurlarain, Nyamam Gai Gatluak, and Mumina Khalif are learning computer programming at the Angelina Jolie Primary School in Kakuma. The Angelina Jolie School is the only boarding school for girls in the camp, and it is in high demand. Last year about 500 girls competed for 60 spots. 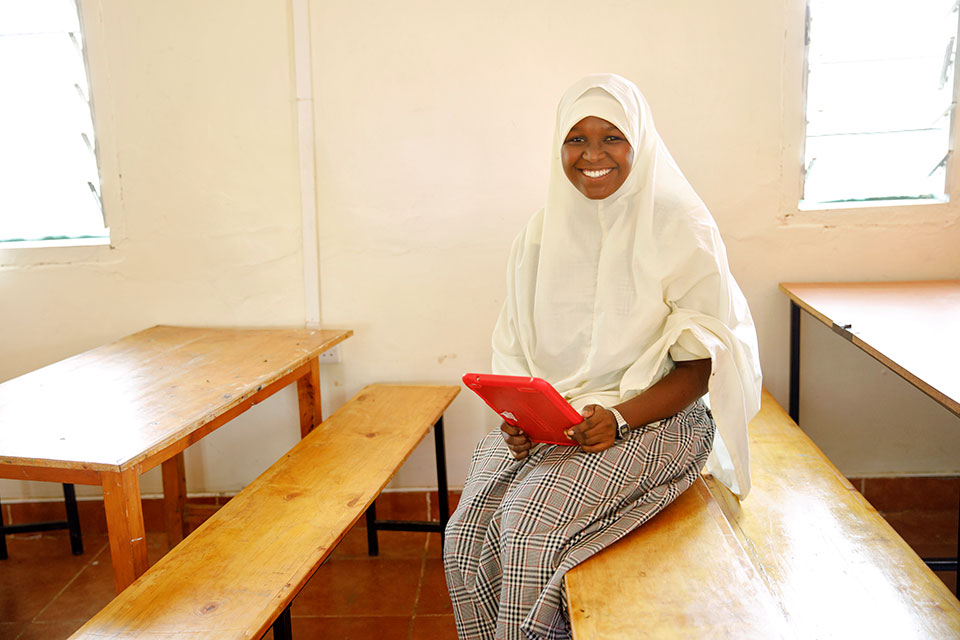 Mumina Khalif sits with a tablet computer in the classroom used for computer class and the ICT club. Photo: UN Women/Ryan Brown

Having lived in conflict for much of their lives, studying in the boarding school is the first opportunity that many of the young girls have to focus on their education. “In this school, for the first time, I started using the internet. I learned about computer hardware and software,” shares Nyamam.

She explains the many challenges that girls face in the camp due to the ingrained gender stereotypes. “Those who make it to school, when they come home, they have to leave the books and go to the kitchen to cook and do chores, because the boys don’t do such work. So, the girls don’t get time to study. Being in a boarding school is a privilege.” And, it’s a privilege that Nyamam is determined to put to good use.

Nyamam and her classmates (150 students in total) have learned to design websites, computer games, and certificates using HTML and Scratch, a free online programming language. Each Wednesday they attend a computer class, and the school’s ICT club has 30 members. 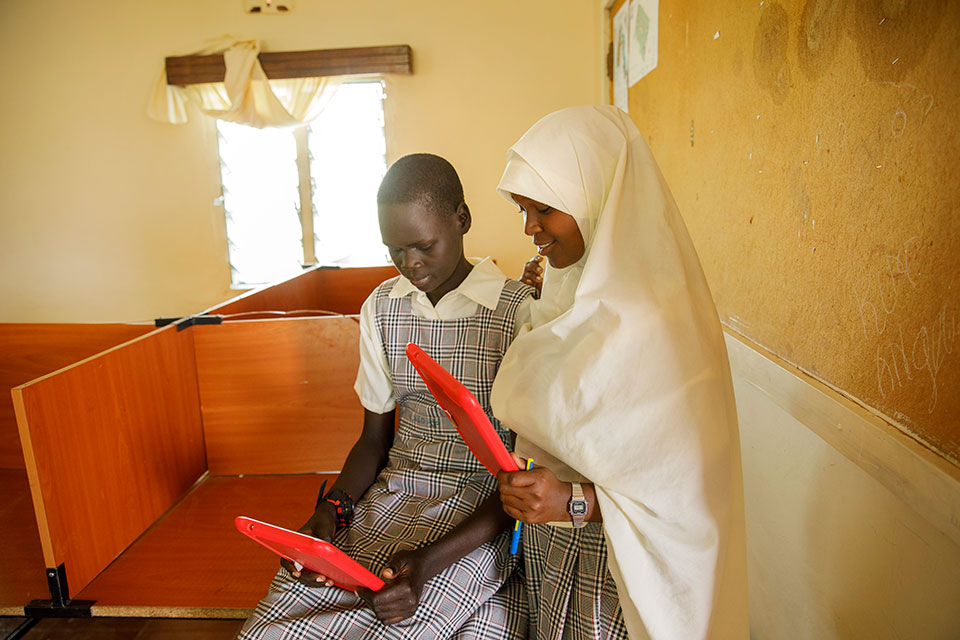 With technology and digital tools in hand, the girls’ aspirations are boundless. Together Umohoza, Nyamam, and Mumina have coded a computer game, and they have plans to create an app.

“We want to work together when we grow up to make learning easier for girls,” says Nyamam, who has an idea for an app that teaches coding for girls in rural areas.

Umohoza chimes in, “I have a dream to create a social media platform for all different schools around the world—like Facebook—where students can share different ideas and experiences.” She explains that learning standards can vary greatly across schools, so students would benefit from a tool that allows them to share knowledge and learn from one another.

Umohoza knows firsthand the importance of girls’ access to standardized, high-quality education, including in conflict and displacement settings. In Kakuma, she says there are not that many schools and many of the girls come from the Democratic Republic of the Congo, Burundi, and other countries where they attended school in French. “When they come to Kakuma, they don’t know English, so they are put in lower levels of education. They feel ashamed, and they leave.” 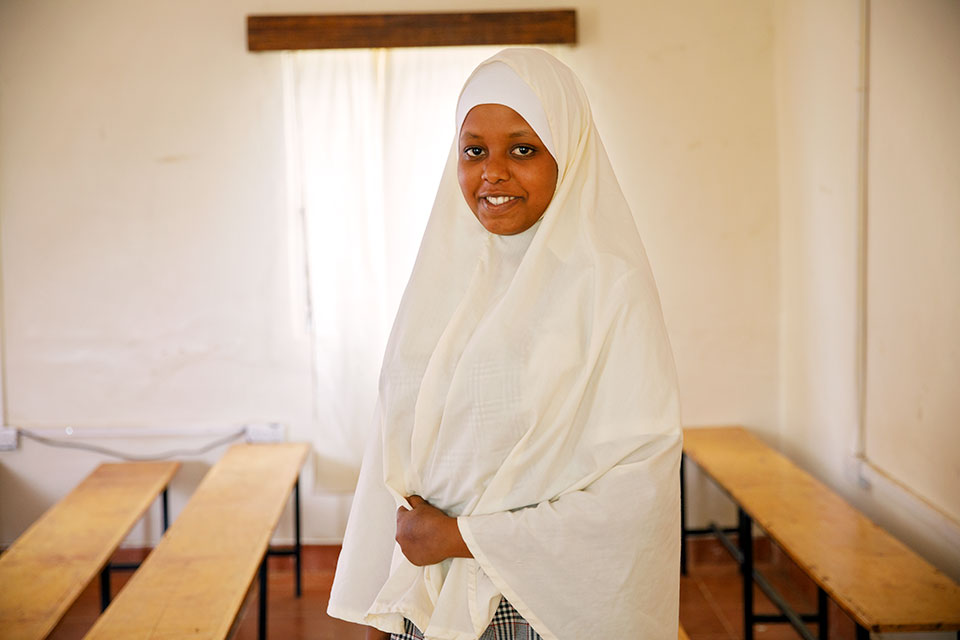 Umohoza is eager to put her IT knowledge to use and problem-solve in her community. “If we can use technology to teach English, even if the girls are not going to school, that would help them,” she says.

Mumina nods in knowing agreement. “I used to go to school in Somalia, but the learning system was totally different, so I had to start from grade one again [in Kakuma].” Because of the setbacks she endured in her education, Mumina is passionate about girls’ rights to education and equal opportunities. “There’s only one boarding school for girls in Kakuma, and it’s not enough,” she says boldly. 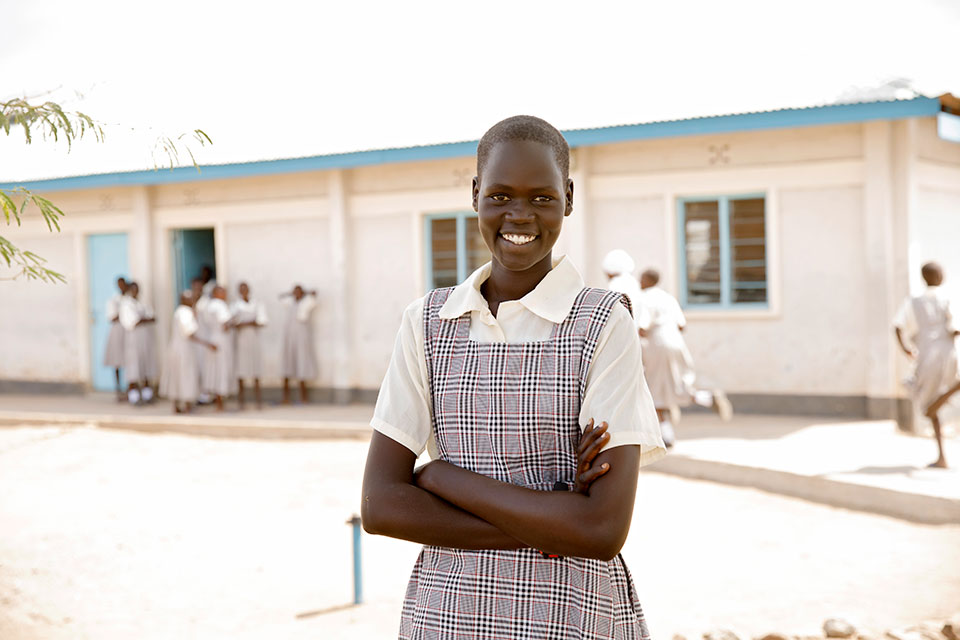 In Kakuma and across the world, young women experience unequal access to education and skills development, particularly in the field of ICT. This trio of computer science students have become vocal advocates for themselves and their peers, pushing against the gender biases and stereotypes that steer girls away from the knowledge and skills they have found so valuable.

“Not many girls and women are in this field. It’s dominated by men, but I would like to let girls know that they can do great things,” says Nyamam.

Umuhoza adds, “If you have a talent or a dream, let people know. Show it to people. Show them that we are capable, and we can change the world.”

As part of a regional programme, "Women's Leadership, Empowerment, Access and Protection in Crisis Response", funded by the Government of Japan, UN Women supported a project in the Kakuma camp and Kalobeyei settlement that reached 2,850 people in just one year (2018 – 2019). The project equipped women in the camp and host communities with livelihood and leadership skills. It also supported advocacy efforts to prevent violence against women, improve girls’ access to technology and involve more women in humanitarian action.

Related News
23/04/2019
From where I stand: “Girls have to contribute towards innovation and technology”
08/10/2021
Addressing the digital gender divide in Africa through the African Girls Can Code Initiative
16/11/2020
Hand over the mic to: Aisha, Kenya
28/08/2019
From where I stand: “I think of my grandfather when I make Jikos”
19/08/2019
Not waiting for handouts: Five stories of resilience from one of the world’s largest refugee camps
END_OF_DOCUMENT_TOKEN_TO_BE_REPLACED